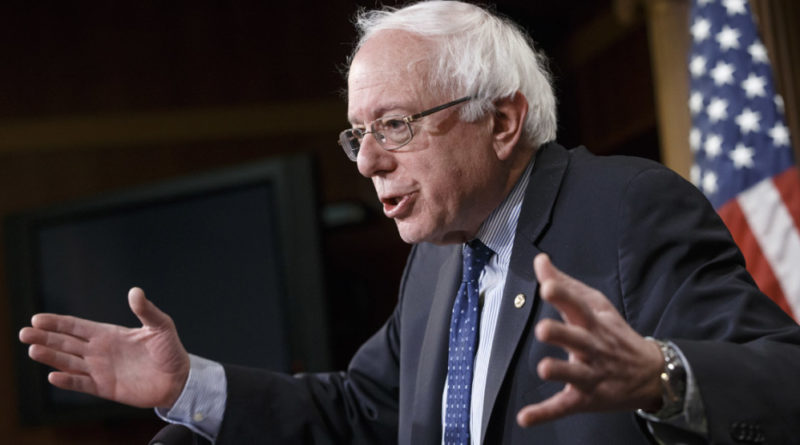 A four hour wait in line. 10,500 people packed into Temple’s main arena. Thousands more in an overflowing stadium. What could inspire this kind of turnout on a Wednesday evening? US Senator and Presidential candidate Bernie Sanders, of course.

By the time I arrived in North Philly at 3:30 PM, the line already stretched six blocks ahead, wrapping around the campus bookstore. When we finally started moving, around 6 PM, another six blocks of enthusiastic supporters stretched behind me. It was a chaotic, exhausting and cold experience, but it embodied every reason why I support Senator Sanders in his bid for the white house. The people who make up Bernie’s base are the most inspiring part of this campaign. In the four hours that I waited in that slowly inching line, I witnessed acts of kindness and love that defy the hatred permeating this election cycle. A 74 Year Old professor from New Jersey who chose to stand out in the cold for his grandchildren’s future.

A young student with a paper-maché Bernie mask who gave up his spot at the front of the line to put smiles on people’s faces waiting outside, for the entire night until the doors closed. A pair of Temple MBA grads who opened up their VIP balcony to the overflowing crowds who couldn’t find seats. These are the faces fighting for a just future, people who believe that we have to overcome the politics of fear and embrace the systemic change that challenges our sclerotic, oligarchic institutions.

What I saw on Wednesday defies the cynicism that pervades our present political climate. Bernie’s campaign is about democratic engagement on a massive scale. It’s about turning people out and tuning people in. The people I saw on Wednesday were driven by love. They cheered as Bernie talked about inclusion, about reconciliation, about remedying the longstanding racial and economic injustice that pervades our country, about finding harmony with nature and with ourselves. The people there have not given in to fear. They do not shun immigrants, they do not denigrate women and minorities, and they do not belligerently threaten foreign countries. They do, however, feel the deep pain of injustice. They boo in unison as Bernie rails against the corporate power of Wall Street campaign donors and corrupt free trade agreements that have eviscerated the American manufacturing sector. In this way, they represent the hopeful future for Americans that haven’t been given a fair shake in the neoliberal new world order. Donald Trump offers another alternative, one that challenges on its face the trade agreements and corrupt politicking that led us into this mess, but one that rests its power on fear, division, and hatred. It is a vision articulated by a cynical man with a say-anything agenda, but one that taps into the raw power and anger of the economically disenfranchised.

Trump may be a cynical opportunist, but he’s not the only one in this race. The day after Bernie’s rally, former President Clinton, while stumping for Hillary, lit into a group of protestors at his rally decrying his signature 1994 crime bill that increased mandatory minimums, swelled the prison population, and disproportionately put African Americans behind bars. His response, defending the very act he had previously apologized for, was astounding. It was the epitome of the opportunistic bait and switch we have come to expect from both Bill and Hillary Clinton. The Trans-Pacific Partnership was the gold standard of trade agreements until it wasn’t. The Iraq war and nation building was a stellar idea until it wasn’t. And then it was again in Libya. Disastrous welfare reform and crime bills were fantastic ideas until they weren’t. And then they were again. Marriage was a sacred unison reserved for man and woman, until it wasn’t. Secretary Clinton has been thoroughly unable to articulate a clear vision for a progressive future, and she has been nothing but the epitome of a political feather in the wind this election cycle.

When Bernie walked out onto the podium, the crowd cheered like it was a rock concert. That kind of enthusiasm, that kind of hope for substantive change, is what we need to revitalize American democracy. Secretary Clinton embodies the worst of all political worlds. Cynical opportunism, a thoroughly lacking moral foundation (see 2009 coup in Honduras), donor pandering and authoritarian policies at home, (she still defends the Patriot Act), and an aggressive, neoconservative foreign policy. If we don’t force the paradigm shift that Bernie embodies now, the fear, resentment and hatred of Trump’s candidacy will burst forth with even greater intensity in the election cycles to come. We cannot challenge that power with mediocrity, entrenchment and ‘incremental change’.