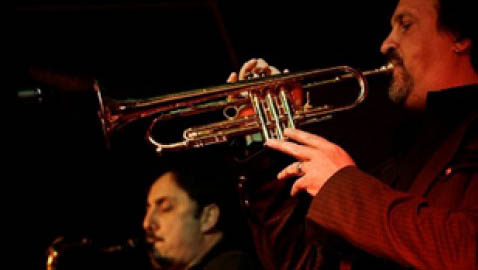 In her response (“The Women! They’re Using Gadgets and Having Sex!”), Hess pointed out that Sales had ignored a peer-reviewed study of the nation’s millennials, showing that we have sex with fewer partners than previous generations — and that for at least the last 150 years, since women were allowed to exchange mail with men they found attractive, journalists have worked themselves into a moral fervor over dating networks and technology of any kind that help women “destroy the moral fiber of society with their whoring.”

I followed the ensuing Facebook comment debates with interest, since “hookup culture” is probably my least favorite millennial-panic discourse. And I wondered how this all fit into the context of Swarthmore: What are the implications of using Tinder to swipe through and meet up with people you already know, rather than a city of essentially infinite boys with pictures of themselves clutching giant tuna fish, lacrosse sticks, beers, or their fellow bros? And what if one made our small community even smaller, and looked at people who were using Tinder for same-sex hookups or dates?

As various media outlets pearl-clutched and angry feminists responded, Chris Eldrin’s* summer of swiping began to wind down. In the spring, he had set up an account on the app while abroad.

“Everyone was talking about it, and it seemed like a way to meet people I wouldn’t otherwise meet,” Eldrin said. He asked a group of female friends in his study abroad program to set up his profile, set the app to show him women, and began swiping. He then included men as well, and, back in the East Coast city where he would spend the summer, set the app to stop showing him women.

“I just realized there was no chance of me wanting to meet up with any of them,” Eldrin said.

Thanks to his study abroad friends, Eldrin’s Tinder profile was fairly successful — he estimates that he matches with about seventy percent of people on whom he swipes right, and he gets a lot of compliments on his smile.

At first, Eldrin was nervous about meeting up with his matches. He had never been on a date before, let alone with another man, and hadn’t hooked up with any other men at Swarthmore. Although none of the dates were particularly interesting, Eldrin slowly grew more comfortable using the app.

Back at the college in the fall, he matched with a Penn student whose idea of a good first Tinder meetup was to show Eldrin how to get onto the roof of a building with an excellent view of downtown Philadelphia. The two continued hanging out, started hooking up, and still see one another regularly.

On campus, though, there were fewer options. Eldrin swiped through everyone at Swarthmore in a matter of minutes, and estimates that there are only about fifteen or twenty male students who have their accounts set to include men (perhaps a reflection of just how small the queer community is at this small college, a topic often bemoaned by queer students). Eldrin did not find anyone he hadn’t already met or known to be interested in men.

“They’re all people I already knew of, most of whom I don’t like that much,” Eldrin said.

Still, Tinder seems to be the primary way through which Eldrin has sought out other men for hookups or dates, at least since coming back from study abroad.

Eldrin has used Grindr three or four times, and acknowledged that it serves its function perfectly well.

“If you want to just have sex, that’s fine — it gets that job done,” he said.

But Grindr requires its users to put up with a lot of what Eldrin described as “annoying stuff.”

“Grindr is about five percent people offering money for sex, which is vaguely tempting somehow because you could get so much money for so little work, but it’s also really gross, and then it’s about thirty percent people who just won’t stop sending messages,” Eldrin said. “People are just openly racist a lot of the time, and it’s unpleasant and just not a nice environment to talk to people in.”

Tinder’s orientation towards interactions beyond casual sex appeals to Eldrin.

“I like with Tinder that there’s not an expectation that you have to have sex with someone — I feel like with Grindr if you meet someone and don’t want to hook up, they’ll be mad,” Eldrin said.

Of course, there are still some expectations on Tinder, Eldrin feels.

“It’s sort of douchey to use it just with no romantic intentions — I don’t like when people are like, ‘I’m on here just to make friends,’ although I get it,” Eldrin said. “But I think it’s nice with Tinder that it could be one date that doesn’t involve hooking up, or it could be a couple of dates.” Though he has never used Tinder solely for casual sex, Eldrin does see the possibility.

“I like that it’s flexible, but in the direction of romantic,” Eldrin explained.

Eldrin also brought up the debate over Tinder pickup lines, a subject which has spawned many articles and conversations about whether these opening messages are an important element of one’s Tinder game or not. Eldrin doesn’t buy into all of this, and thinks that this might be a quality absent from queer Tinder.

“I think fortunately with gay people, they’re a lot less into the whole pageant of courtship, and they’re just ok with, ‘Hey, how’s it going, wanna meet up, sure,’” he said. “I’d rather just talk to people the way I’d talk to my friends and treat people normally than with some weird special tone.”

On a Monday evening in Paces, Shane McCutcheon* kept checking her phone, hoping for a naked Snapchat from one of her Tinder matches. McCutcheon was wary of what this anecdote might convey about her.

“Let me just preface this by saying that I’m not an asshole. I’m very direct and I don’t lead people on. Some people are just really nice, and they’ll be like, ‘Hey, you should add me on Snapchat,’ and that’s just how it goes from there,” she explained.

McCutcheon has had Tinder for a year and half, since, following a breakup last fall, her friend came to her room and declared that she needed to take action on moving on from her ex.

“She was like, ‘You have to get over this girl, this is ridiculous,’ so she made me a Tinder,” McCutcheon remembered.

At first, she used Tinder mostly for the confidence boost — matching with people who found her attractive felt good, McCutcheon explained, and she also didn’t realize that she could set it to show her women. There were barely any women in the Swarthmore area, but McCutcheon travels often and got quite a bit of mileage out of the app on the road.

But she didn’t meet up with anyone for an actual date until she got home. She matched with a girl who she described as “unbelievably beautiful,” and then messaged her, “because I’m forward AF.”

The two ended up talking for a while, and McCutcheon found herself intrigued.

“I was like, ‘Wow, you’re actually like, a decent human,’” McCutcheon said. “She ended up being really cool, so I was like, ‘Do you want to actually hang out?’”

McCutcheon showed up an hour and a half late to the first date, but the two ended up talking until 4 in the morning anyway. The two ended up dating for nearly a year.

After they broke up, McCutcheon, looking for another confidence boost, went right back on Tinder — though she refuses to use the app to match with fellow Swarthmore students.

“Fuck matching with people who go here — I would never, ever do that,” McCutcheon said. Like Eldrin, McCutcheon feels that she has mostly exhausted the pool of available queer women at the college. However, she does see Tinder as a decent way in which to discover that fellow female students are interested in women.

“Sometimes you find people you didn’t know were queer on Tinder, and not a lot of people know, and then they just pop up,” McCutcheon said.

Beyond the one-mile radius of Swarthmore, McCutcheon talks to a lot of people but has not yet met up with anyone, though she has made some friends.

“I think it’s a fun time — people who don’t go here actually Tinder as this fun, hobby type of thing, and no one ever really takes anything seriously.”

McCutcheon has not entirely ruled out the possibility of going on a date with one of her matches, especially because she feels her options are so limited on campus.

“The pool of people to date is way smaller,” McCutcheon said. “If I was straight, I would never use Tinder, because I think it would be a small waste of my time. I would be on it for the confidence boost and would never do anything about it, but with girls it’s different.”

Juanita Reyes* swipes right on every queer person they see on Tinder, so their number of on-campus matches is extremely high. Sometimes, Reyes and their matches will never discuss the event. And sometimes, as on a Saturday night a few weeks ago, Reyes will look around at a party and realize they are sitting in between two of their matches.

Reyes had forgotten about the matches, when both women brought up the subject. Reyes laughed it off, as they were uninterested in hooking up with either woman.

“I feel like that’s happened to me a couple of times,” Reyes said. “I shouldn’t swipe right so much. I just want to know whether people are into me, and I don’t necessarily want to hook up with them,” they added, echoing McCutcheon’s interest in using Tinder for both a confidence boost and a chance to see which of their fellow students are intrigued by the possibility of queer hookups or dating. Reyes doesn’t think they could know whether they wanted to hook up with someone without a real-life interaction.

“You can never know unless you talk to those people in person,” they said.

For Reyes, Tinder has also facilitated hookups when they and another student had already acknowledged mutual attraction. Additionally, when Reyes was dating a now ex-boyfriend and came out as poly, they explained, Tinder helped them navigate the discussions of who would be suitable for Reyes to hook up with.

“That was a part of our poly relationship — knowing that I was looking for people,” Reyes said. “Tinder was a way of being able to discuss it without it being very immediate — just way of saying, ‘I’m available as well as being in a relationship.’’

Sometimes, Reyes’ Tinder matches fail to acknowledge the event. They have matched with several people who then fail to ever say hello, despite Reyes’ friendly greetings and smiles. Reyes had interacted awkwardly several times with another woman who they had found attractive, and thought that after matching with her on Tinder things would be different.

“I was like, ‘Ok, maybe she’ll be less weird,’ but she was not less weird,” Reyes said. “It just ended up being more of the same, being sort of next to each other at parties and making small talk and not really ever having a connections.”

For Reyes, though they were careful to acknowledge that this could be limited to their specific personal experience, Tinder fits with a certain ethos they have located in the queer community at the college, one of openly acknowledging attraction to other students.

All names of students in this piece are pseudonyms, all of which were chosen and/or approved by interviewees.