Sports » Making the Hall of Fame is No Easy Task 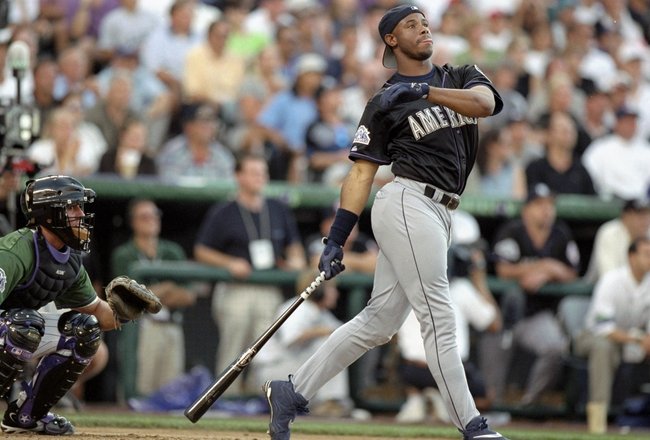 Babe Ruth, Ted Williams, Hank Aaron, Christy Mathewson, Randy Johnson. The aforementioned players are, without a shadow of a doubt, some of the greatest to ever play baseball. Along with many other all-time legends, these players managed to establish careers marked by the highest level of performance and earned their way into baseball’s Hall of Fame. Many major league baseball players long to have their names slated on a plate alongside the likes of Ty Cobb, Honus Wagner, and Nolan Ryan, or at least mentioned in the same conversation as them. However, like in every sport, earning an induction into the Hall of Fame is no easy task. Being a baseball player makes it even harder.

Baseball’s Hall of Fame is actually one of the hardest to be elected into in all of sports. As of 2016, it has inducted 312 members dating back to 1936, when the famous “First Class” was inducted. Of these 312, only 252 are players. The rest are managers, umpires, and executives. If you average that out over the eighty years the Hall of Fame has been around, each year about 3.2 players receive the privilege of getting inducted. To put that into perspective, let’s compare those numbers to that of the Pro Football Hall of Fame. As of 2015, 295 members belong in the football Hall of Fame, 294 of which played some part of their career on the field. It opened in 1963, making it 52 years old in 2015. On average, 5.7 players are inducted into the football Hall of Fame each year. That’s 2.5 more players per year on average compared to baseball.

Also, unlike in many other sports, a baseball player’s draft position is a less accurate indication of their future. Seventeen football and fourteen basketball Hall of Famers were former first overall picks in their respective first-year amateur drafts. However, in baseball, only one first overall pick has ever made it. His name is Ken Griffey, Jr., better known as “The Kid.”

Griffey Jr. had quite a career, to say the least. He led the league in home runs four times while also putting up thirty home runs in a season nine times, six of which he also drove in over 100 runs. He ranks 33rd all-time for runs scored, 13th for total bases, and (most importantly) 6th for home runs with 630. The Kid was able to put up insane numbers not only at the plate, but in the outfield as well. He racked up ten Gold-Glove awards during his career, which is 2nd most all-time for outfielders — only behind fellow Hall of Famers Roberto Clemente and Willie Mays. Many scouts and baseball executives also credit Griffey Jr. with potentially having the sweetest and purest swing in all of baseball history, which stands to reason why he was the indisputable first overall pick in 1987.

To top off this list of accolades, Griffey Jr’s greatest accomplishment was breaking the record for highest voting percentage for a Hall of Fame inductee. Prior to Griffey Jr., Tom Seaver held the record by receiving 98.84% of votes in his Hall of Fame election. This year, Griffey Jr. missed only three ballots out of 440 members to receive 99.32% of votes.

The process for inducting players into the Hall of Fame is quite simple. Every year the Baseball Writers Association of America (BBWAA) selects roughly 30 to 35 players that have met certain eligibility requirements to be placed on the ballot. Of these players, each member of the BBWAA (which can range from having 400 to 550 members in a given year) selects no more than 10 players to represent their “ballot.” To say that Griffey Jr. received 99.32% of votes means to say that 99.32% of BBWAA members selected him as one of their ten. A player must get 75% of votes to be elected and becomes ineligible if he receives less than 5% of votes. Each candidate can only be on the ballot for a maximum of ten years before becoming ineligible.

Although it may seem hard to believe, Griffey Jr. had to share the spotlight this year with catcher Mike Piazza. Piazza was also elected into the Hall of Fame this year after receiving 83% of ballot votes.  His career was not as spectacular as Griffey Jr.’s, but amazing nonetheless. Piazza is the all-time leader in home runs by a catcher with 427. He also is in the top ten all-time in RBI’s, runs, and All-Star game selections by a catcher.

I say that Griffey Jr. shares the spotlight with Piazza because Piazza’s journey into the Hall of Fame is quite remarkable. Piazza went undrafted out of high school and was rumored to receive little to no interest from many college baseball programs. After high school, he was still able to continue his baseball career by attending Miami-Dade Community College. After his sophomore season at Miami-Dade, Piazza was drafted in the 62nd round as the 1390th overall pick in the draft in 1988 by the Dodgers. The Dodgers, or any major league team for that matter, had no intent on drafting him until his father, Vince Piazza, asked his longtime childhood friend Tommy Lasorda to draft Mike as a favor. After overcoming all doubts, Mike Piazza set the record for the lowest overall draft pick in history to be inducted into the baseball Hall of Fame.

It’s amazing how in the same year Piazza was able to prove that starting from the bottom of the barrel doesn’t mean you can’t rise to the top and Griffey Jr. showed that it took 40 first overall picks in baseball history just to find one that was destined for glory.