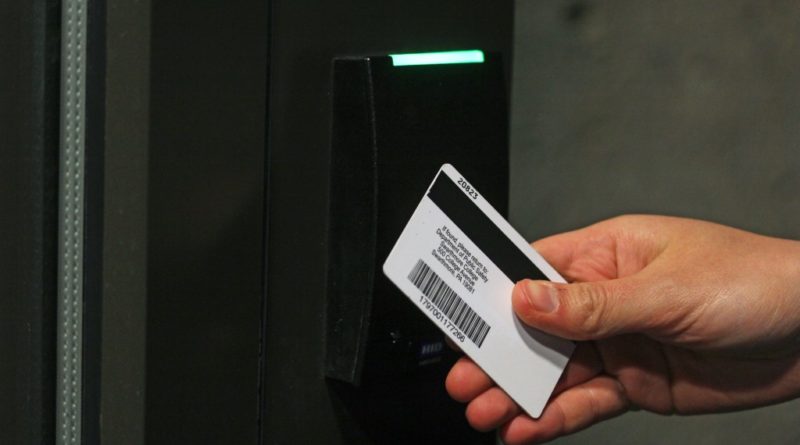 As a new initiative to modernize, the college is expanding key card access to dorms, academic buildings, and other areas in the near future. This expanded access will allow improvements in campus security and meal plans, among other benefits.

Termed OneCard, the new card system will be similar to those at Haverford and Bryn Mawr, where students can use their OneCard to use library services, access all dorms and most academic buildings, add both cash and points, and even access their account information on their phone.

“Phase one would be hopefully to get all of the residence halls, but certainly the larger ones. There are some quirky buildings that will be harder to do,” said Brown.

He specified that phase one of the project will start this summer, and that only the entrances of residence halls would have key card access, not individual dorm rooms themselves.

“Phase 2 will be academic buildings and importantly labs and art studios, and phase 3 will be to clean up everything else in terms of access,” he said.

Brown is a part of the executive committee overseeing the OneCard project, joined by Dean of Students Liz Braun and Chief Information Technology Officer Joel Cooper. Below them is the steering committee, which is made up of various members of Facilities Management, Public Safety, and the Finance and Investment Office. Below the steering committee are also smaller groups that include student government and deal with OneCard policy.

“I believe the keycard system should be adopted by every dorm,” said Qi. “I sometimes even wish we can gain access to our individual rooms with keycards because then we don’t even need to worry about carrying keys around. “Aaron Kang remarked on how the existing key card system in Danawell could be further developed.

“I think it can be improved by only creating key card entrances at the front of the dorm instead of within the dorm. Sometimes, I would forget my key card in my room while doing laundry, preventing me from using the elevator or stairs to go back to my room,” he said. “By expanding key card access to the rest of campus, I think students [will have] an easier time getting into the dorms.”

Perhaps the greatest advantage of the OneCard system is the added functionality it brings to students.

“We’ll be re-carding the whole campus. And we’re going to incorporate card technology that’s tap-to-pay. The system will also focus more on near-field communications, meaning that you’ll be able to use your phone,” said Cooper. This means that a student could potentially get into their dorm or swipe in at either Essie Mae’s or Sharples using only their phone. That added functionality would be potentially extended to other vendors in the Ville, meaning that a student could use the points on their ID at places like Hobb’s and The Co-op.

In addition, a separate committee has been created with Dean Braun, Greg Brown, and the Director of Dining Services, Linda McDougall, to assess possible changes in the dining system with OneCard, since more flexibility with points and cash can be programmed into the card. That committee also includes ten students to allow a diversity of opinions in meal plan restructuring.

“It’s such an important issue on campus,” Dean Braun said of student dining. “We wanted to be thoughtful of different constituencies that have different needs taking into account allergies and dietary restrictions, religious practices, and athletes who often have specialized needs with practice times.”

“OneCard could be used in the event of an emergency to help identify who is within each building, which in a crisis is essential,” he said.  In addition, Public Safety can lock and unlock doors from a central location, meaning that a student won’t need to wait 20 minutes for a pub-safe officer to unlock a dorm for them. In the event that someone is locked out of their dorm, a call to Public Safety would resolve the problem immediately. This added technology also makes it more manageable for public safety to know if there is a propped door somewhere or regulate parties since a student’s age can be programmed into their OneCard.

In terms of the college’s budget, Greg Brown explained that despite the high expenses of the project, the college already included the cost of the OneCard system into the cost of the new suite-style dorms to be built later this year.

“From a budget perspective, yes it’s a big investment, but we’ll be paying it over time. It will be several millions of dollars by the time we finish it,” he said.

Brown believes expanding key card access is a game-changer and a necessary addition that precedes in importance the college’s other long-term capital projects, such as the new suite-style dorms and the BEP building already set for construction.

However, the executive committee noted some implementation issues with OneCard that still have to be addressed, like how long it will take before students can use their OneCards in the Ville or with other vendors outside of campus. Additionally, the question of whether students are allowed 24/7 access to a dorm other than their own must still be addressed. As planning for OneCard continues, Dean Braun and Michael Hill stress that community involvement is essential to the success of the project.