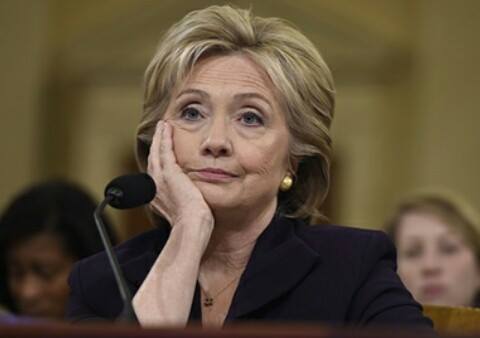 On July 21st, I created the Facebook group “Swatties for Donnie.” The first article shared was an Onion column purportedly penned by the Donald titled “Admit It: You People Want to See How Far This Goes, Don’t You?” I added a hundred of my closest friends and we riffed from there.

I thought Trump would be a blip in the polls, a strange story to follow. But a summer later, and he’s only just started to slip out of his position as the top polling candidate. Only in the last few weeks has he slipped into the number two slot in Iowa, replaced by Ben Carson.

Not that that’s an improvement. Dr. Carson’s press appearances have mostly included xenophobic remarks and a plan for state policing of college campuses. Unlike Trump, his polls can’t be chalked up to force of personality, as anyone who has seen him speak can attest.

However, I’m still not too scared. Every party has its fringe candidates. And quite frankly, this far out from the primaries, the only people closely following the election have way too little going on in their lives. Most people are basing their answers on a gut instinct — something that Trump and Dr. Carson tap into — rather than who they can actually imagine as President.

So Donald Trump and Ben Carson are flashes in the pan, summer flings, all in all unimportant with respect to who will be elected President in 2016. The Republican Party will find someone who, in passing, seems like a reasonable voice.

Enter Senator Ted Cruz. Together, Carson, Trump and Cruz have the support of over fifty percent of the Republican Primary. Cruz is sitting on a ton of cash, and has been making appeals to the same voter base as Trump and Carson. His favorables among the party are incredibly high, far outpacing party elites like Jeb Bush. It isn’t hard to imagine a scenario where the other frontrunners drop out and Cruz swings in to grab the nomination.

Of course, one might argue that this would gift the election to the Democrats. I agree that’s the most likely scenario, but not one I’d bet on. Long-shot, impossible candidates have been elected before. Depending on the state of the country, who knows where we might end up.

But say Ted Cruz is nominated and loses. We might hope that a loss would push the Republican Party back toward the middle, moving them away from the far right wing. However, history has shown this may not be the case. In 1964, LBJ creamed Barry Goldwater, motivating the right wing to entrench itself rather than adjust its positions. The GOP’s dramatic shift rightward directly correlates with this loss.

“Swatties for Donnie” remains a place for humor, a place to laugh at a reality show candidacy. And to be fair, The Donald is ridiculous. But while we mocked his statements on immigrants and his insults to war heroes, his polling numbers continued to rise. Now, as he finally begins to dip, it seems his downfall wasn’t because the ridiculous things he said, but because he became boring.

So what are we to do? The Republican Party’s frontrunners are so far to the right, they make Reagan look like a Democrat. Congress is held hostage by its most extreme voices. And, quite frankly, I don’t see any reason why it will change. “Swatties for Donnie” started as a joke, but it’s looking more and more like a glance into the future. If this is the crop of candidates in 2016, what are we looking at in 2020? What about 2024? If the Republican Party keeps shifting to the right, maybe they’ll end up shut out of politics. But that doesn’t seem likely, and we’re facing a pretty scary future where we may long for the days of the Trump candidacy.