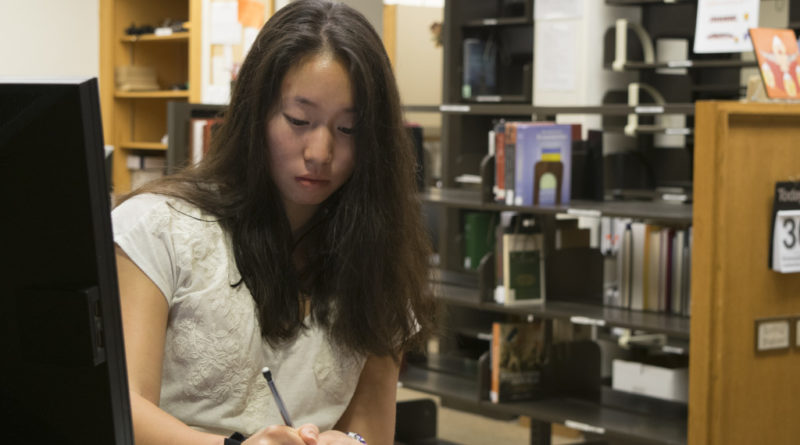 On September 12, the U.S. Department of Education released its new College Scorecard, a website that President Obama introduced as a way for students and families to compare how much alumni of different schools earn, their levels of debt, and how easily the average graduate can pay off their loans. Although the scorecard was introduced as more than a ranking system, comparing Swarthmore’s data to those of other schools seemed to be all that students at the college were interested in. The statistic that was the source of the most concern and discussion was the school’s standing on the “Salary After Attending” category, for which Swarthmore’s average was $49,400 — the lowest number in the tri-co, and a number much lower than that of Williams, Amherst, and every Ivy League school. While at first glance this may seem cause for alarm, the statistic is actually easily explained — and, in a way, contradicted — with a little further research.

A set of data from PayScale, a website devoted to research and data collection on human capital, and a compilation of salary information from the Wall Street Journal paint a much more encouraging picture of Swarthmore alumni earnings, with rankings much higher than implied by the College Scorecard information. Much of these seemingly contradictory data can be explained by simply examining how the U.S. Department of Education collected its information. While the category is titled simply “Salary after Attending,” the Scorecard explains that the data is gathered only 10 years after entering the college, which for most students is maximum of 6 years after graduation, a time when a large proportion of Swarthmore grads are still in graduate school, earning little to no income.

PayScale ranked Swarthmore as the liberal arts college with the ninth highest paid graduates, ranked behind a few private schools and several U.S. Military and Air Force schools. On a list of all 1,034 schools, Swarthmore was tied for 32nd with Cornell, a university that ranks much higher in the Department of Education’s scorecard in the “Salary after Attending” category. According to Payscale, Swarthmore grads are paid overall higher salaries than graduates from Yale, Brown, Columbia and Northwestern, schools that also were ranked higher on the scorecard for having higher-paid grads 10 years after entering college.

According to data on Swarthmore’s Career Services website, 75-90 percent of students plan on entering graduate school within five years of graduation, but only 18 percent plan on doing so directly after leaving Swarthmore. (According to the Williams College Record, their number of students who plan on matriculating within five years is 68 percent.) If a student is planning on pursuing a master’s degree, which accounts for 31 percent of students who enter graduate school directly after leaving the college, then they will be earning a fairly representative salary by the time the College Scorecard data is taken. However, this is not the case for most students.

The gap between the approximately 85 percent of students who plan on pursuing graduate school within 5 years and the 21 percent who plan on entering the year after they graduate implies that a large number of Swarthmore students enter graduate school more than one year after leaving Swarthmore. This is echoed in the difference between the 9.5 percent of students who enter Ph.D. programs directly after leaving Swarthmore and the 19.9 percent of Swarthmore students who eventually end up completing these programs — the third highest percentage in the nation — which last an average of over 8 years.

In fact, there is a large difference between the number of students who express interest, or who actually end up enrolling, in a certain graduate program or field, and how many matriculate the year after graduating. While 11 percent of Swarthmore alumni are employed in the field of law, only 2.5 percent enter law school directly after graduating. Although the 11 percent of Swarthmore alumni who work in healthcare is a smaller percentage than the 20-25 percent who express interest in enrolling in medical school, the amount is much higher than the 2 percent of students who enter medical school the year after they graduate.

Not only does some extra research begin to account for the relatively low “salary after attending”— students who enter grad school earn more money, but students who enter grad school years after graduating college earn more money later — but also helps to explain why only two thirds of Swarthmore students are making more than people working with only a high school diploma, another piece of data from the College Scorecard. Six years after graduating, many Swarthmore students are either not working for pay or are earning only stipends, are earning nominal salaries before they complete their graduate programs, or have only just started their graduate programs, which for students who are going beyond a Master’s can take anywhere from 3 years to longer than 10 to complete.

Overall, the data seem to suggest that Swarthmore students take more time than students at many schools to start earning high salaries, but that they don’t ultimately earn less. It seems that this is in large part due to both Swarthmore students’ high likelihood to attend graduate school, and particularly to enter programs that take a long time to complete. However, this is largely speculative: there are other aspects that could explain these numbers that we do not have access to, and the information that is available leaves many questions unanswered. What we can be sure of, however, is that later in their careers, Swarthmore students’ salaries come out on top of those of alumni from many other schools where students earn high incomes right after graduation. While this apparent trend might not ease concerns of students who need higher incomes directly after graduation to begin to pay off loans or for other reasons, the College Scorecard also points out that of the 26 percent of Swarthmore undergraduates who take out federal loans, 96 percent of students are able to start paying down their debts within 3 years of leaving school. So although numbers from the College Scorecard might be cause for concern for some Swatties, at a second glance it certainly seems that financially, Swarthmore grads are doing just fine.