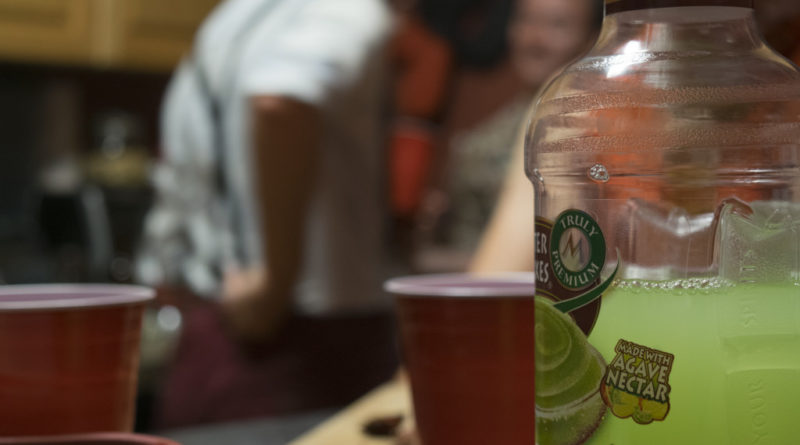 From finding condoms in our orientation packets to finding new friends in our halls, orientation was a week not soon forgotten. Orientation had time to socialize but also incorporated workshops focusing on drugs and alcohol, identity and inclusion, healthy relationships and consent. The general format of the workshops consisted of an hour and a half to two hour talk from a faculty member followed by an hour long breakaway session with smaller groups to discuss the subject presented and how it pertained to us as individual members of the incoming first year class, and as new members of the Swarthmore community. After getting a warm welcome from our RA’s, deans, and advisors, we received an equally warm welcome —  in the form of the Wharton courtyard party and Disorientation.

The tools that we received during orientation were put into practice less than a week later when the party scene went into full swing. Disorientation, hosted by Phi Psi, is traditionally the first official party of the year. This year there was a bit of a change that took many by surprise; a large party was thrown in Wharton courtyard less than 24 hours before Disorientation. Some people prefered the atmosphere of the courtyard party, and the fact that it was outside rather than inside the frat house that Disorientation is held in.

“Court night was better than disorientation, I enjoyed how it was outside and felt more social,” Elizabeth Balch Crystal ‘19 remarked.

The question that I wanted to answer was whether orientation and the workshops it included impacted how first years interacted with one another and with upperclassmen during their first parties at Swarthmore.

Those I interviewed had very mixed opinions when it came to this topic, many students thought that the workshops were well-intentioned but may not have held the full attention of the incoming class. Killian McGinnis ‘19 found there to be a lot to take in during her first week on campus, which diluted the importance of each talk and made valuable takeaways less likely.

“The workshops were very appropriate and applicable but there were quite a few,” McGinnis commented.

Another opinion shared by Ganeesh Setty ‘19 was that the messages about consent and healthy living weren’t very unique to our campus, which made many of the drawn out presentations quite unengaging despite attempts to involve the students through polls and student generated responses.

“I’d say that the discussions were interesting in terms of getting to know my class and hearing different views, though I feel like most of my class already knew the basics of the talks,” said Setty. “Overall, I think the workshops are a necessary and constructive part of orientation, despite being boring at times.”

Though not everyone found the talks particularly riveting, many still found them to be quite informative and necessary as a majority of students have just moved into a new environment with fewer restrictions in terms of substance use and parental control.

“The online course, the workshops, and orientation had made it clear that the school felt strongly about trying to create a safe environment on campus. However, by the time dry week had ended I still didn’t know what to expect from the typical ‘College experience’” explained Pavan Kalidindi ‘19. “Once the parties started I realized that, though the workshops and talks we had didn’t completely discourage people from consuming alcohol and drugs or hooking, it did succeed in one aspect—  lines were clear. We knew what to expect at Swarthmore.”

Kalidindi elaborated, explaining that our diverse backgrounds inevitably lead to a wide range of varying social norms that students bring from their home communities to Swarthmore.

“From our diverse backgrounds we might have had dissimilar norms, expectations and boundaries relating [to] these activities. What might have been okay to some of us may not have been for the rest,” Kalidindi said. “The sense of boundaries we have may be different and Swarthmore succeeded in helping us understand them better and what is socially acceptable and not.”

Taylor Morgan ‘19 agreed that the workshops were very necessary but could have been delivered in a manner that would have made students more receptive to the information.

“Overdoing a consent education could become dangerous; if a room full of exhausted first-years roll their eyes at the excessiveness of Swat’s ‘consent’ speeches, when the time comes, how can we expect them to take this topic seriously? A more effective plan for the next incoming class would be to simply show the “Tea Video”,” said Morgan.

Truthfully no one will forget the Tea Video, which explained consent using tea as a metaphor for sex and exploring multiple scenarios in which you would obviously not try to force someone to drink tea, and should therefore not try to have sex with them in the same scenario. While first-year students will not forget the tea video, can the same be said for the other activities and talks that were facilitated during orientation? For the students I spoke with, the general consensus was that orientation was filled with very good information but was long winded, which inhibited freshmen’s take away from the workshops. While this seems worrisome especially when talking about such important topics as consent, Balch-Crystal mentioned the importance of upperclassmen and their role in upholding our community expectations. “The upperclassmen put an emphasis on always doing the right thing and constantly reiterate the importance of consent,” Balch-Crystal said.

Overall orientation did a good job of introducing and preparing incoming students for social life at Swarthmore. Orientation succeeds in addressing topics that are hard to talk about in a safe environment that allows students to get acquainted with their fellow classmates and the expectations that we’ll have while we live at Swarthmore. While it is worrisome that for one reason or another the talks did not captivate the attention of the entire freshman class, it is consoling to hear that upperclassmen are reinforcing the message delivered during orientation week as we move forward through the year as a community.