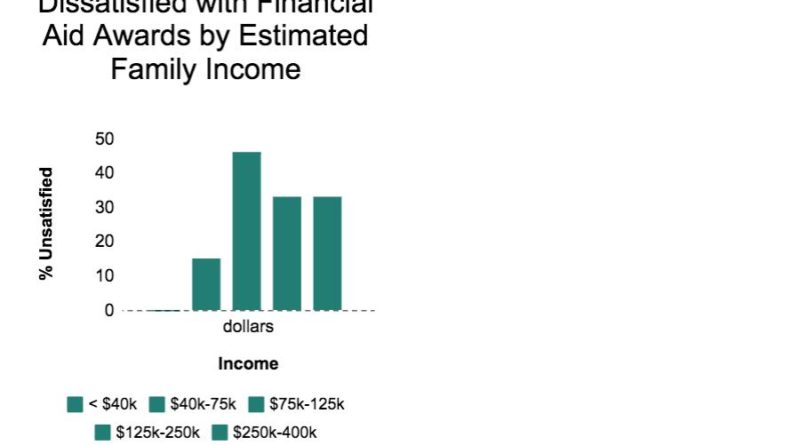 What follows is a breakdown of data collected from 59 members of the Class of 2019. The Phoenix’s survey was posted to the Swarthmore 2019 class page during the month of August. While only 14% percent of the class responded, and this is by no means a representative sample of the greater class of 2019, it is an interesting lens into the self-reported social, economic, and academic characteristics of those that participated in the survey. The Phoenix did not adjust the data for self-selection bias. First-years earned high scores on national standardized tests. Nearly all reported ACT scores of at least a 30 out of 36, and most scored at least a 2100 out of 2400 on the SAT. On average, respondents took the SAT or ACT just under three times.

Slightly fewer than 14% of students paid for a private college admissions counselor. All but one of the eight students who hired a counselor attended public school. Half who paid for a counselor had an income between $125,001 – $250,000, while only two had incomes below $75,001.

Respondents interested in Greek Life also tended to come from wealthier backgrounds. 60% of those who expect to join a fraternity or sorority had family incomes over $250,000. However, about 70% of all respondents are not interested in joining Greek life.

With regard to participation in the Swarthmore social scene, a majority of respondents indicated that they intend to consume alcohol at school. 39% expect to almost never drink. Almost 63% of respondents have never used marijuana recreationally, and about 60% do not expect to at school. 72% of respondents are single upon entering Swarthmore, but half hope to be in a committed romantic relationship at some point during their first year. About 64% have been in a committed relationship before. In terms of intimacy, 53% report having been sexually active before arriving at Swarthmore. 43% of females and 68% of males have had sex before.

Amongst the incoming class, most respondents did not indicate a religious affiliation. Less than 5% of first-year described themselves as “very religious,” while about 56%  claimed to be “not very religious.” Queer students in particular did not express religious interest, with 88% identifying as “not very religious” or not affiliated with any religion. Judaism and branches of Christianity are the most popular among students who do observe a religion.

Ultimately, if these responses are any indication, the class of 2019 represents diverse economic and social backgrounds, and appears to be ready to become fully-integrated members of the college community.

In the spring of my freshman year, I met with two Board members and a variety of administrators about a