Opinion » The case for divesting from fossil fuels 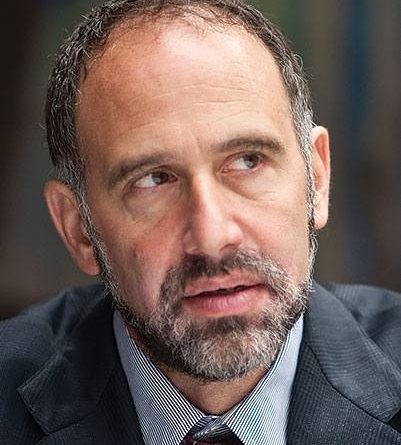 When I was at Swarthmore at the end of the 1970s and the start of the 1980s, there was the beginning of a movement among students, faculty, and other community members to have the school divest its holdings in companies that did business in South Africa. The Board of Managers eventually did decide to divest these holdings. Swarthmore’s action, along with those of other universities, religious organizations, and pension funds, helped to send a strong message that denying basic political rights to blacks in South Africa was not acceptable.

This message undoubtedly helped convince the white leaders of South Africa that apartheid had no future and prompted them to negotiate a transition to democratic rule.  The Swarthmore community can be proud that its gesture played a role in this transition.

There is a similar situation today with reference to fossil fuels and global warming. We are facing a situation where the baseline path of carbon emissions will have a devastating impact on the planet, subjecting hundreds of millions or even billions of people to floods, droughts, and other extreme weather events, in addition to disrupting ecosystems with largely unpredictable consequences. It is essential that the country and the world be shifted toward a more sustainable path as soon as possible.

As an economist, I would never advocate that Swarthmore frivolously alter its investment practices to suit the political whims of the moment. But this is an extraordinary situation that does cry out for action. The devastation from the baseline path is so horrible that surely no one in the Swarthmore community would want to be associated with it.

Of course, Swarthmore’s actions by themselves will not end global warming, but they can help build momentum for action. Swarthmore’s decision to divest its holdings in fossil fuel companies will encourage other colleges and universities, foundations, and pension funds to follow the same path.  This can help to create a political environment in which effective regulation of carbon emissions is more acceptable.

While the report prepared for the Board of Managers implies that divestment will impose substantial costs, this is far less clear than the report implies. Most actively managed funds do not beat relevant market indexes, so the school has been lucky if it has generally been successful in this respect. However the calculations in the report, that assume a 1.7 percent point differential in returns, are extremely dubious.

This gap is based on the average for the last 10 years. However it is worth noting that in the case of domestic equities, there was a 3.0 percentage point gap for the most recent five-year period, implying a gap of just 0.5 percentage points for the prior five year period. Given the extraordinary events of the second period (which included the 2008-2009 collapse and subsequent rebound), it would be worth having a longer comparison period to know whether the first five years or second five years has been more typical.

Furthermore, the assumption that the school will not be able to find actively managed funds with carbon screens is not true, as some are already being offered. This number will almost certainly increase as more institutions opt to divest their holdings of companies in the fossil fuel industry. Whether or not such funds do better or worse than funds without such screens is not a foregone conclusion. Due to the recent collapse in oil prices, the stock of most of the major fossil fuel companies is far below their year-ago level. In other words, if Swarthmore had divested in April of 2014, its endowment would have profited considerably from this decision.

There are no guarantees about the future course of energy prices, and a more diversified portfolio will generally offer less risk, but in the event that effective measures are taken to restrict carbon emissions in future years, the stock price of fossil fuel companies will likely be hard-hit. The market may have already incorporated this risk into the price of fossil fuel stocks, but it would not be the worst thing if the Swarthmore community proved more willing to bet on the future of the planet than the rest of the stock market.

Dean Baker ’80 co-founded the Center for Economic and Policy Research. In the past he has worked as a senior economist at the Economic Policy Institute and served as a professor of economics at Bucknell University.