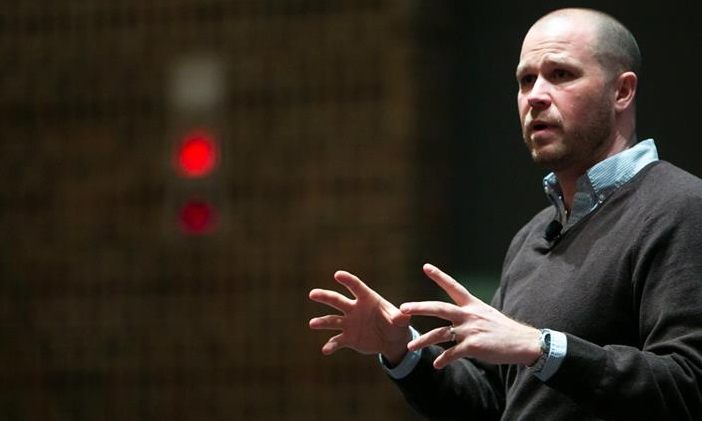 “We talk a lot about individuals, but what can we do as a campus, as a community?” This was the question raised by Kaaren Williamsen, Title IX Coordinator, in a recent interview. It’s difficult to talk about community with Swatties right now because of the buzzword it has become. We so often reject the notion that we all belong to the same community, yet there is a problem with seeing ourselves only as individuals: we assume we have only individual responsibility.

This is what allows us to say, “I didn’t do [insert horrible thing here] so I’m not a part of the problem,” rather than actively participate in being a part of the solution. Furthermore, it keeps us from having to question the ways in which we might be implicitly supporting a culture that allows horrible things to happen. “It’s a cultural issue,” Williamsen remarked, “so our interventions also have to be cultural.”

This is what prompted the Title IX Prevention and Education Team to bring a presenter to campus to talk about one such cultural intervention.

The presenter is Keith Edwards, a nationally-acclaimed scholar on sexual violence prevention, men’s identity development, social justice education, and more. He is recognized across the country as a grounded, inspiring presenter with the research to support the messages he delivers. To get an idea of what his talk might be like, I turned to YouTube.

Watching some clips of his past presentations, I see what appears to be a white man in his thirties or forties who speaks with vulnerability, candor, and humility. He is indeed grounded, although he is also animated and connected to the audience—he doesn’t appear to follow an over-rehearsed script by any means. He demonstrates a deep understanding of social justice and queer identities despite his apparent position of privilege and the fact that his main audience is cisgender heterosexual men.

What struck me most was his positivity and hopefulness. After years of research and work surrounding sexual assault, he does not appear tired or jaded. Instead, his eyes are bright as he describes a future in which entire communities come together to end sexual violence and are actually successful.

At this point I began to wonder where this guy came from and what he has been doing for the past few decades. His website reveals that he received a BA in Social Studies from Hamline University (a liberal arts college in St. Paul, MN) and an MS in Student Affairs in Higher Ed from Colorado State University. He then went on to get a PhD from the University of Maryland, and his dissertation title was “Putting my man face on”: A grounded theory of college men’s gender identity development.

These articles sound intriguing, but is ending rape actually possible? Can we change the culture of a community that still refuses to be called by that name? The only way to find out is to come to the 3rd floor of the Matchbox tonight night at 7:30pm and join me in consuming lots of free coffee, donuts, and kosher treats as we consider what Keith Edwards has to say.

This event is being sponsored by the Title IX Prevention & Education Team and Delta Upsilon. The title of the talk is “Consent & Culture: A Social Change Approach to Ending Rape. Questions can be directed to Nina Harris (nharris1) or Kaaren Williamsen (kwillia1).

2 thoughts on “Is Ending Rape Possible? Keith Edwards Thinks So”