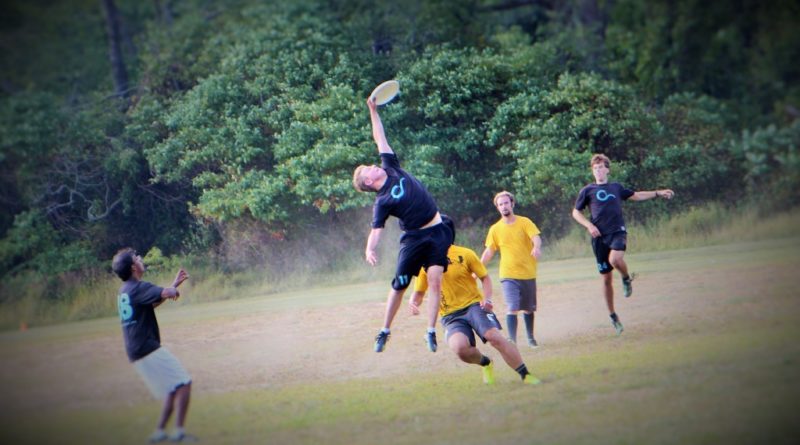 Thor saw rem. Marrow tesh. Mort H Waste. These three phrases are anagrams of the word Swarthmore. There are thousands of ways to rearrange the letters in Swarthmore. However, many combinations, like the ones above, don’t make much sense. Two anagrams that do make sense are Earthworms and Warmothers. These are the respective nicknames for the men’s and women’s Ultimate Frisbee teams.

Though the Ultimate teams, much like actual earthworms, tend to play under the radar, they are actually some of the largest teams in the school. The men’s team contains 40 players whereas the women’s team has around 30 players. Perhaps one reason these teams don’t have campus-wide recognition is that they are not a varsity sport and instead fall under the category of a club sport. As a result, they don’t have frequent access to the field house or the turf and they don’t have a connection with Swarthmore’s athletic department.

Because the Ultimate team is independent of the athletic department, the players are thrust into leadership roles. Neither of the teams have hired coaches, prompting the captains for each team to double as coaches and teach in addition to playing. Both the Earthworms and the Warmothers have three captains. These student-athletes not only participate in matches and coach their teammates, but also register for tournaments, plan practices, and manage their whole team’s budget.

“You have to lead every practice,” said two-year Warmothers captain Amy Jin ’15. “The younger players all look up to you and listen to you. So you have to be really careful about what you’re saying — what types of attitudes you are leaving them with.”

Jin, along with Tamsin True-Alcala ’15 and Rebecca Levine ’17 captain the Warmothers squad this year. Though most captains at Swarthmore and other collegiate programs are seniors, the Warmothers always make it a priority to include a non-senior as a captain. This nuance is not performance-based. The younger student-athlete is chosen so the seniors can mentor her in how to manage the team and control all of the team’s lesser-known logistical issues. However, because of this dynamic, there’s a definite distinction in the actions of the younger captain versus the temperament of the older captains.

Jin commented, “When I was captain last year I had a very different attitude than I had this year because I let the senior captains hold the louder, more important voice of the team. And this year that’s me. I’ve become a lot more assertive about things.”

Similar to Jin’s increase in leadership this year, the three Earthworm captains, Joe Corcoran ’16, Evan Rosenberg ’15 and Temple Price ’15, have all been forced to step up.

Corcoran noted, “I’ve definitely noticed in the other two captains them taking on more responsibilities and being more sure of themselves.”

In fact, the Earthworms and the Warmothers are heavily reliant on their captains because they are both such young teams. The Warmothers only have three seniors, two of whom (Jin and True-Alacala) are returning. They have seven first-years and eleven sophomores. The Earthworms are in a similar position as close to half of the team is comprised of new players. But, youth should not be confused with weakness.

“Our freshmen look really good,” Corcoran said. He went on to praise their progress after their week-long trip to Hilton Head Island, South Carolina. “There’s a better team dynamic in that they’re better friends with each other and the team is closer in general.”

Both teams spent their spring break in Hilton Head, dedicating all six days to Ultimate. Practices went from 9:30 a.m. to 5 p.m. The captains led the practices and focused on one skill per day. For instance, one day they emphasized throwing while the next was conditioning. After accumulating a total of thirty-six hours of practice, both teams enter the season excited and ready to go.

For both the men’s team and the women’s team there’s a distinction between new players and returning players. For many first-years, just like Jin and Corcoran, college was the first time they played organized Ultimate. As a result, there’s a definite learning curve. The Warmothers combat this curve by playing returning players more than new ones. This allows new players to learn this system without being thrust into a lot of playing time. That said, Jin and the other captains make it a priority to play everyone who shows up for the tournament even if it’s only for one or two points.

The men’s team, on the other hand, has a more aggressive policy for integrating the new players. They use their spring break trip to assimilate first-years into the quick paced nature of the game.

Corcoran said,“[The trip’s] all about getting new players as much experience as possible so they can start playing with our experienced players.”

Though the men’s team emphasizes a quick transition, the players who get the most minutes are generally returning players.

Regardless of who plays, young or old, both Swarthmore teams have high expectations going into the season. Jin and True-Alcala have made the regional tournament every single year. This year should be no different, as the Warmothers expect to add to their recent success and make the tournament once again. Corcoran and the rest of the Earthworms believe regionals are in reach as well. But in order for them to make it there, they know they’ll have to beat rivals Franklin & Marshall and Haverford something that they know won’t be a walk in the park.

The men’s team begins their spring season this weekend, whereas the women will travel to Haverford on Saturday for their second match of the season. The forty-degree forecasted weather and the barren trees without leaves will not deter them. The teams have become quite accustomed to playing in the cold. On top of that, they know their namesakes, the real earthworms, will be slithering right below them, fighting to give the players an extra edge.