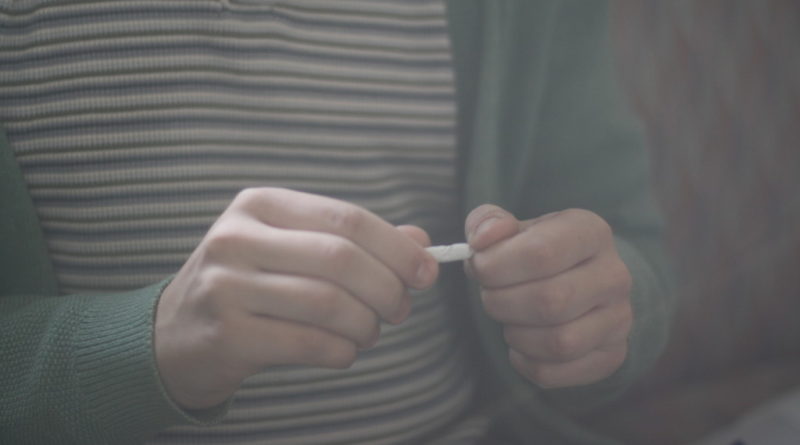 We often hear that Swarthmore prepares its graduates for high level employment in white-collar sectors. According to Career Services, “among graduating seniors, the largest percentages have entered research and business careers over the past decade.” The numbers of graduates entering the agricultural sector are much lower and do not appear on the Career Services website.

Though Anders Taylor ’07 majored in Economics and Psychology and had no plans, upon graduation, to become a horticulturalist, in late 2013 he applied for a license to grow cannabis in Washington state. Much like any other graduate, he attributes his interest in his field to his time in Swarthmore. “My time at Swarthmore was a huge influence on my decision to pursue this path,” he stated.

With states across the country legalizing both medicinal and recreational cannabis, one is left to wonder how to enter “the business,” so to speak. For Taylor, being able to enter this burgeoning agricultural sector happened almost by coincidence. After moving to Seattle, he took a trip to see some Swarthmore friends who lived in the Bay Area. He called his dad, an environmentalist and a professor of religious ethics and environmental studies at the University of Florida, “to gloat because [he] was in these epic redwoods that he loves.” His dad got him connected with an environmentalist friend who lived in Humboldt County, in northern California. This “radical environmentalist” had been growing cannabis in California for a number of years.

Taylor was stunned. “I saw his little farm … and it definitely made me nervous, being in a situation where there was a lot of pot around, because I know the consequences that can go along with growing like that.” He spent the day on this farm, discussing how the Pacific Northwest is perfect for agriculture. The conversation was not about getting a license to grow until, eventually, “he just sort of suggested it,” Taylor said. “He floated the idea and I was like yeah, ‘I think I might be able to fund this thing’ … he didn’t seem to think it would cost too much money so it seemed like a pretty good business venture.”

The licensing process for recreational marijuana in Washington state falls under the Liquor Control Board. There are three types of licenses: producer licenses — the type Taylor has — processor licenses for those processing and packaging marijuana, and retailer licenses for those actually selling. There are very strict regulations according to these licenses. For example, a business is only allowed to grow on, at most, half an acre of land. This structure made it possible for start-up growers without a lot of capital to enter the business in Washington. Uniquely, Washington made it legal to grow outdoors, which is illegal in most other states where either medical or recreational cannabis is legal.

Yet, despite legalization on the state level, Taylor was often met with resistance from communities that were uncomfortable with the idea of a cannabis farm near them. “Even in counties where there was overwhelming support for legalization of recreational marijuana use,” the resistance was so much that “some counties set up moratoriums on growing cannabis.” So he moved about an hour and a half north of Seattle, “to a county that has a much longer history of growing pot, you know, out in the woods basically, and has a much more welcoming attitude about it.” His company is called Sweet Leaf Sowers.

When discussing his plans to grow cannabis, Taylor states that he is often surprised by how welcoming and interested people are. The only somewhat discouraging reaction he had was from family members asking, “Are you sure you want to be a farmer? Farming’s hard!”

Ironically, it was exactly someone’s bad reaction that piqued his interest in cannabis in the first place. During his freshman fall, in 2013, one of his good friends, Josh*, was arrested for possession on campus. Josh’s roommate, Lucas,* was able to comment. He remembers seeing his roommate being escorted to police vehicles as he walked back to his room from a night out. Yet, “No one is certain why or how the authorities were alerted,” he said. Lucas was able to raise $2,000 for bail, but Josh was still charged with a misdemeanor and could not remain on campus as he awaited trial. “His legal situation was a bit tough since he was charged with a misdemeanor. I believe [he received a] reduced sentence in a plea deal and was given probation for a couple years. This was typical of PA court systems.”

Instead of going to the RA or even Public Safety, someone called the police on Josh, which had dramatic consequences for him. “I saw a lot of injustice with respect to pot when I was on campus. To the credit of administrators, most of the time Swarthmore did a great job protecting students from what I see as an incredibly unjust drug war,” Lucas said.

Even Lucas remembers the interactions he had with administrators fondly, “Swarthmore was a different college during my first two years … there were some very understanding deans and they worked with him to do what was best for him. They wanted to work with him to make sure he was able to recover and come back focused to work on academics … Swarthmore was not so punitive when I was there and genuinely tried to help. Most other colleges would have kicked him out.”

Yet, for Taylor, what happened to Josh pointed out the injustices of a drug war that disproportionately affects black and brown communities: “Fortunately for him he was a white kid, that went to a great school, and so he got off really, really well, considering the amount of pot he got caught with.”

Taylor considers this event as the first step on his path towards becoming a legalized cannabis grower. He views his work as helping to change a system that he perceives as blatantly unjust. In fact, for any other perspective farmers out there, he’s looking for 21+ students interested in either interning or joining the farm this summer and hoping to “inspire students to make a difference.”

It seems that Swarthmore does more than one would expect to cultivate not only farmers, but also activists, amongst its students.

*names have been changed to protect the privacy of individuals