Sports » Why denouncing baseball’s steroid era is a mistake 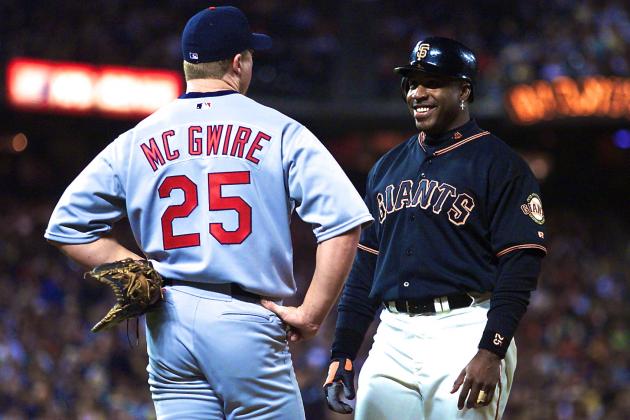 This month, the 2015 selection process for the Baseball Hall of Fame will begin.  In the past, this was quite a straightforward occasion; it was normal to pleasantly ponder over the players on the ballot, allowing the nostalgia to take control of any discussion. Recently, however, it has become more common to hear about steroids and other performance enhancing drugs (PEDs) as arguments rage back and forth about certain players on the ballot and their level of involvement with such illegal substances. This is, unsurprisingly, relevant with this round of voting as well. However, I view this year as a continuation of a recent conundrum in the Hall of Fame voting process. Thus, it is useful to go through the history of this problem and substantiate the claim that it is in fact a matter of great concern.

Steroids and PEDs have been the story of the decade for Major League Baseball (MLB). Throughout the majority of the MLB’s existence to date, they were commonly used throughout the league to allow players to improve their performance on the field, which in turn enriched and extended their baseball careers. Beginning in the 1990s, however, the use of PEDs eventually evolved into what can now be easily characterized as “cheating” and methods have now been developed to catch any players who use them.

Now it is worthwhile to take a deep look into the 2013 Hall of Fame balloting process to see how this was a problem as well as why it will continue to be a problem every year. In 2013, the Baseball Writers Association of America (BBWAA) set out to vote, but they emerged empty-handed: not one player was inducted. This marked only the eighth time in history that not a single player had been inducted, and the first since 1996. The inability to get one player the required amount of votes would have been somewhat acceptable, had it not been for that year’s elite class of ballot rookies, which boasted household names such as Roger Clemens, Barry Bonds, Sammy Sosa and Mike Piazza.

It is incontrovertible that Clemens, Bonds, and Sosa all contributed immensely to the sport. Clemens dominated as a pitcher during his 24-season tenure in the MLB, putting up an impressive 354-184 win-loss record, as well as a 3.12 ERA and 4,672 strikeouts. Bonds hit 762 home runs and won seven MVP awards — both more than any other player in baseball history. Sosa, along with Mark McGwire, mesmerized the baseball world as he chased the all-time home run season record in 1998.

These achievements, along with many other milestones, would seem to be more than adequate in attesting to the greatness of these players. However, Clemens has been linked in rather notorious fashion to the use of PEDs; he continues to maintain that he was not involved in a case that took itself all the way to Congress and the courts. Bonds got into similar trouble in the BALCO steroid scandal trial. In 2009, Sosa was on a list of players who tested positive for PEDs, although he also denied use. All three of these players had their first opportunity for entry into the Hall of Fame in 2013, and were denied by baseball writers in what was an attempt to denounce their use of PEDs and what many would call, accurately, cheating.

The Baseball Hall of Fame is meant to showcase and preserve baseball’s rich history. By declining entry to Clemens, Bonds and Sosa, the baseball writers indirectly undermined their contributions to baseball lore. The potential results of ignoring such things can be seen when considering this simple questions: is it conceivable that baseball fans in the future won’t know about Clemens, Bonds, and Sosa because of their PED use? While this seems almost unimaginable now, it is also the vision that the BBWAA is moving towards in denouncing the steroids era.

Easily overlooked is Mike Piazza, who represented another test case for steroid era players in his first year on the ballot. His achievements are also undeniable as he has gone down as one of the best, if not the best, catchers of all time. Yet he, too, was denied entrance, falling short with 57.8 percent support. While his absolute domination of his position should have guaranteed him immediate induction into baseball legend, he was also tainted by PEDs—but in a much different way than Bonds, Clemens and Sosa.

Piazza has never been on any list of players who have used PEDs. No one has outright accused him, so no investigations have been done. In other words, there is no concrete, tangible evidence that his success was linked in any way to drugs. However, most suspect his improbable rise was due to PED use.

This suspicion is exactly that: pure suspicion. PEDs were so widespread and rampantly used until recently, when the MLB started taking action against it. Thus, it does not take a huge leap in faith to consider that Piazza could easily have been part of this craze. However, the BBWAA’s surrender to such rumors demonstrates its growing fear of inducting potential “cheaters” to the point where recognition is denied to an outstanding, and currently innocent, player.

My larger goal is to present this history in light of the upcoming balloting process. This problem will be most obvious in that Bonds, Clemens, Sosa and Piazza will all be on the ballot again this year and will most likely not be inducted due to the whole PEDs issue, despite their impact on baseball history. In 2014, there were three players inducted, but none who were surrounded by this level of controversy. There are new ballotees this year who also have a better chance of being inducted than the above players, but mostly because they are not “cheaters” or “potential cheaters.” While this isn’t meant to take away from those players who do get inducted, it is bothersome that players who did more for the sport will be kept out either for following the norms of the time of using PEDs or due to pure, unsubstantiated suspicion.

I would like to reiterate that this is purely my opinion. There is a reasonable argument that players who used PEDs cheated the game and that it is unfair to honor them while simultaneously taking away from those who did play cleanly. However, I would point out one last thing: history always has its highs and lows, and, if the Baseball Hall of Fame represents baseball history, and the age of rampant PED use was a low, then it might nonetheless be its job to acknowledge the greatness that was achieved during the lows as well as the highs.