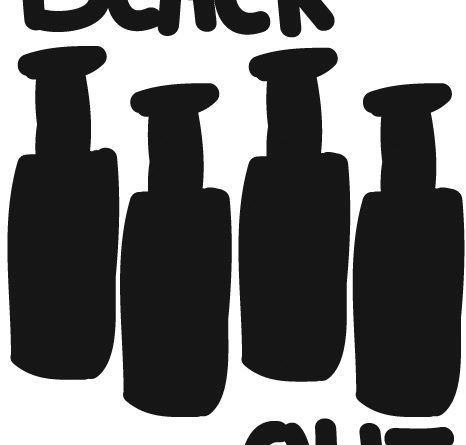 Have you ever had a Cosmopolitan? Or, more specifically, have you ever had a Cosmo too many? I definitely have. Livid nights of booze are scattered across my memory, indistinguishable from one another, which is to say I’ve blacked out my fair share of times. I dare not count the pieces of fried chicken consumed between 2 and 3 a.m., in a suburban KFC, rocked by the dull warmth of whichever white wine was discounted at the supermarket. And, of course, these happier memories are accompanied by their fare share of embarrassing ones — or worse still, those I don’t even remember. How should one try to make up for these slip-ups, or in cases where it’s too mortifying to resolve, how should one navigate the aftermath?

Because one thing is certain: there really are some situations with little hope of salvaging. Take this purely hypothetical horror scenario: after enough shots to get a small army slurring, you end up in Olde Club competing for the attention of this Barbie doctor you’ve been fawning over. It gets nasty. You and your opponent close in on either side, slobber out a few words, and according to next-day reports form somewhat of an audience, dream boy escapes (not that I blame him — I would have also) and before you know it you wake up lying on the ground outside the building. Future hopes shattered, by all means.

So how do you move on from there? Apologize in class that next Tuesday? It would have been an option had you not arrived 5 minutes late and had to sit in clear eye contact range for an hour and 15 minutes, where unrequited furtive glances convinced you otherwise. Send a Facebook message? Let’s not even go there. Try and pretend nothing happened and strike up conversation? That would only work if you got over how flustered the whole debacle has made you. There really isn’t a clear solution. It’s too bad: he’d even said he liked your new hair.

I would still maintain it’s important not to beat yourself up about it. People get drunk all the time, and get completely smashed just as often. Mistakes do happen, and if you were in a visibly impaired state it’s hard to be expected to be a social being. But the sad truth is that we judge each other just as much based on how we as on how we behave, so there is little solace for those of us that jumped the gun at 8 p.m. and didn’t go back.

Things do blow over eventually, though. Chances are that you’re the most affected party of the event, and will remember it the longest. For once, communication isn’t my top recommendation: as long as you keep bringing up to your friends “that time I ruined my chances with that pre-med angel and ended up eating mayonnaise-covered burgers at 3 a.m. alone in my dorm room,” they’ll probably keep bringing it up because it’s fucking hilarious. The end result here is that it remains on yours and everybody else’s mind, which really at this point isn’t ideal. Of course, nobody can guarantee that your crush will forget what happened, but everything leaves a mark somewhere.

The whole matter could have been a lot worse though. As an example, you could have engaged the guy you were competing with at the start in a sweaty wasted argument in the middle of Olde Club. Not cute. You could have tried to express feelings that are completely unrelated to your actual emotions because of some drunken logic you’d come up with. Not cute. To be honest, you could have said just about anything intelligible, which would have come out awful given the state you were in. Definitely not cute. Surely, at this point, you see that a bit of residual embarrassment isn’t the worst thing that could happen. And who cares if you ruined your chances? There are other boys, although none of them on his team.

Of course, you could really just get over it. But then again, why not hope for a miracle? Maybe, if you publish a column about it, he’ll forgive the mishap and come find you at Pub Nite. Just promise to be sober.