Arts » Behind the scenes at Rhythm n Motion auditions 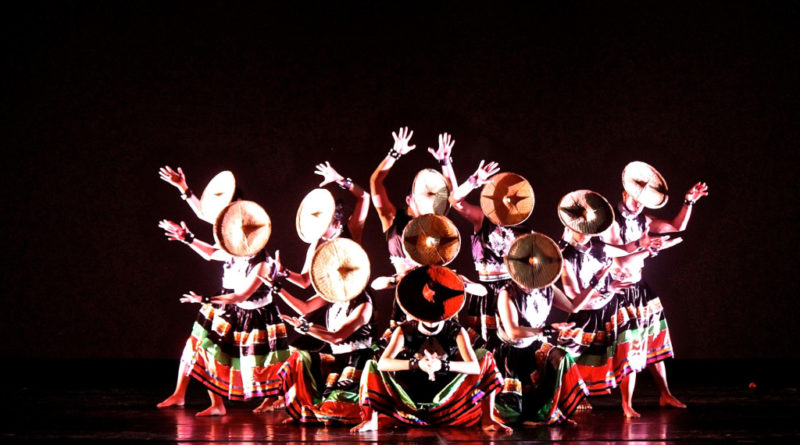 “I love to dance,” they all said, in various ways.

Rhythm n Motion hosted its fall auditions this past Sunday, September 14, from 1:30 to 5 p.m., and my pride was one of its victims.

I do not love to dance. Dancing happens to me, uncontrollably, like a disease, whenever I need to shake myself clean. The auditions were assigned to me, out of my control, by the circumstances of my social circles, and also the fact that apparently people think I can dance. I don’t know why they call it that.

Rhythm n Motion auditions hammered some kind of truth into my head: that there is a significant difference between being able to dance and being able “to represent

underrepresented styles and origins of dance” primarily from the African diaspora on a stage at Swarthmore College every year.

An application was the first step towards securing a spot in the Rhythms and Motions of some of the more recognizable student institutions on campus. Dancing experience: “none.” Reasons for auditioning: “masochism.” Styles interested in: “Political, Russian, Pussy Riot.”

The second step was to stand, sit and stretch awkwardly as the group waited for the RnM commanders to take control of the Lang Performing Arts Center studio.

A trait most students would agree in recognizing is the unconditional good-natured nice-ness of most RnM student leaders: Natalie Gainer ’15, Catherine Xiang ’15, Brian Lee ’15, Frank Wu ’16 and Wendy Xu ’15, among others provide their services, talent and willpower to the incredible unity of RnM’s performances. Warming up was made easier as a result of this supportive atmosphere (though performing before the artists themselves was another question).

An excited spirit fills the studio where one can find an inspiringly uncontrollable and overwhelming energy of dance, a spirit nuanced only perhaps by the fact that nothing about dancing is exactly as ‘new’ for these masters of Motion, as it was for me. They’ve led auditions before, they’ve performed before hundreds, they’ve conquered crowds, pleased the masses. There’s a certain pride (not misplaced) in the studio; but standing next to RnM line leaders, following their hips (which never lie) as they look you in the eye, asking if you need any help going over the moves that terrify, you would never think about it. I don’t know why.

I would have been proud, too, I guess, you know, if I could coordinate my right butt cheek with the circling motion of my arms while taking even-distanced step in a straight line, in direct correlation to the syllables sexily slipped into the lyrics of a Beyoncé hymn. My traditional athletic upbringing, devoid of any art whatsoever, disciplined me to rely completely on the application of force and willpower to my lactic-acid filled legs and cardiovascular system. The biggest problem I had with dancing at the RnM auditions was that my heart-rate kept dropping, signifying the fact (in my endorphin addicted subconscious) that I wasn’t moving fast enough. My mind kept attempting to increase my leg turnover or add a double step to my single steps, almost unconsciously out of habit and out of years of running fifty miles a week at six-minute pace.

Dancing, moreover, requires an imagined observer, a god of sorts, projecting lines and rhythms and melodies of symmetry over bodies and souls like the golden funeral dress of some pharoah. There’s a mirror in the studio to serve this purpose. As a runner, however, the landscape was always more important than my appearance and form while transversing it. Mirrors were not as important as stop-watches. For dancing, the landscape is the human, and how that human body creates it, perfects it, reflects, bends and challenges it. Think Michael Jackson’s unnaturally smooth moon-walk.

Don’t get me wrong. As a long-distance runner, the form, strength, and efficiency of one’s stride is crucial to the conservation of energy, and therefore performance. It takes years to, if ever, perfect one’s stride. But performance for a runner or a swimmer is measured in the brute force of minutes and seconds, like that of an engine or a computer chip, whereas for dancers, value is created and added by classical notions of coordination, symmetry, beauty, like a tailored suit or an operating system. Running circles at paces personalized to my aerobic threshold throughout high school, I never had to remember a sum total of forty segments, their step segments, after practicing them for a mere ten minutes, like I did at RnM auditions. I only had to remember split times and to achieve them.

After completing the RnM audition’s three segments of African, salsa and hip-hop, my mind was, for all intents and purposes, broken. The space and the abstract concepts my brain projected onto the paths and tracks I had transversed over the course of my life had given me tunnel vision, and the RnM auditions had broken through like abstract shapes in a kaleidoscope, opening up an impossible new world in which I felt like a child trying to walk for the first time. I could get a handle on the moves, but I never had a chance to reconcile the moves with the series of numbers being evenly shouted to me from the RnM leaders in “1, 2, 3, 4, 5, 6.” Those numbers sounded to my ears like meters on a track, miles in a forest, not movements in a performance. I was lost in the woods.

RnM auditions were a trip for an athlete who has inclined towards the archaism of the Greek disciplines: throwing, jumping, running, wrestling, nudity. I wanted to get to the end as quickly as possible, as effortlessly as possible. My desire was unclothed, however, rushed, indecent. The restraints and diversity of the RnM auditions’ challenges demanded, however, that I consciously attempt to stop, clothe, reflect actively and recollect the seconds I so desired to put an end to, and to extend their temporal presence like expressions of life outside the frame of the clock.

But maybe that was just the music.

I love to dance, but I don’t dance to remember.

RnM is a premeditated art and science, not an act of sudden rapture and complete submission to the chaos of the Beat like Paces on Saturday nights. Some of the dancers will spend weeks coordinating, designing, and perfecting values that so many of us at Swarthmore admire during the biannual Rhythm n Motion shows. They will sign up for more classes than their advisors recommend them to. They will take shuttles to Bryn Mawr and Haverford at inopportune times of day. They will suffer injuries, concussions, sleep deprivation, self-doubt, all in the pursuit of sharing themselves, their dances, the various modes in which their institution imagines melody and the ways in which physical bodies might interpret them. I couldn’t keep up with them, not because I didn’t want to, but because my mind was so overwhelmed and out of that infamous comfort-zone, so much so that I felt like throwing up.

I made the mistake of trying to represent the experience in an article instead of living it.

One thought on “Behind the scenes at Rhythm n Motion auditions”