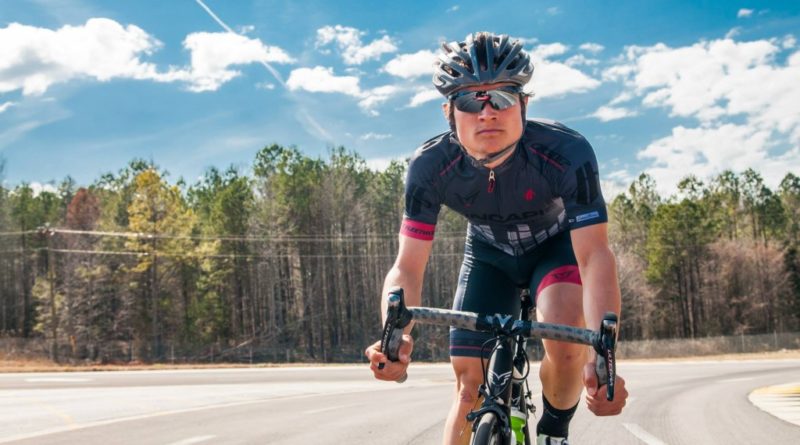 Somewhere in a small Dutch city in the hilly territory between Germany and Belgium, Robin Carpenter ’14 is nestled away in a “sports hotel” preparing for his next big race. Carpenter graduated in December after only seven semesters at Swarthmore and is now fully immersed in the world of professional cycling. For him, much like many cyclers, this world includes extensive travel, training and racing. While this life is rewarding in a myriad of ways and is one that Carpenter has voluntarily chosen for himself, he is, much to his chagrin, barely acquainted with the small Dutch city where he currently resides. As Carpenter put it, “For all I know, I could be half an hour from my house somewhere I haven’t seen before.”

Carpenter is currently taking a brief hiatus from his trade team to be a part of a development team in Europe run by USA Cycling, an organization that chooses and trains cyclists to represent the U.S. in international cycling competitions. His alienation from the cultural experience of traveling is a matter of course for him and many other cyclists, whose packed schedules prevent them from fully acquainting themselves with their continually changing locations. While the cyclists are isolated from the wider world in many ways, they are able to share their experiences with teammates.

Carpenter emphasized the bond that forms between team members after racing together for a long period of time. He also highlighted the importance of the collective effort required to secure a victory for one member of the team. Carpenter described the value and mechanics of team racing, saying, “On bicycles, there’s drafting involved. If you’re pushing wind in the front, you’re doing a lot more work than the people behind you.”

Leaders take on a significant portion of the work and set up the team for individual success in the final minutes of the race. As in many “traditional” team sports, a cycling team, explained Carpenter, “share[s] success and defeat,” which in most cases means celebrating one team member’s success and the larger group achievement that that success represents.

By this point in his athletic career, Carpenter has accomplished a lot. He cites the most exciting moment so far as his first professional contract offer in 2011. The sport is modestly-sized, so face-to-face networking paired with stand-out talent are crucial to getting a professional contract, like the one Carpenter got with Chipotle-First Solar (racing teams are named for their sponsors, in this case, burrito mega-chain “Chipotle” and a solar energy company called “First Solar”).

As the timing of his 2011 contract offer suggests, Carpenter’s entrance into the professional cycling world was simultaneous with his entrance into college life. Carpenter comes from an academic background where cycling was reflexively considered secondary to getting a degree. During his first year at Swarthmore, however, he managed to incorporate his burgeoning passion for cycling into his new collegiate life, balancing a full workload with the demanding training and competing regimen required of him by his regional elite cycling team. Then, midway through his freshman year, Carpenter got the professional contract offer and this delicate balance became even harder to manage.

From that point on, Carpenter’s academic and athletic lives were undeniably connected. He managed to continue to cycle, but admits that he “never … had time or energy to expend on anything more than work for class [or cycling]”. Unlike a lot of other people who also reached professional cycling status at a young age, he didn’t choose between two worlds: he entered college and cycled professionally.

Carpenter reflected on this decision, one which may have hindered his progress in professional athletics, admitting, “I could have moved on more quickly, had more experience.” Carpenter’s desire to cycle and his desire to earn a degree were indeed in competition, but their coexistence was non-negotiable. Simply put, he valued both the academic and athletic aspects of his life and chose to cultivate them simultaneously rather than do away with one or the other.

This simultaneous cultivation has given him a sense of what being a Swarthmore student means, especially in the context of the world outside of the college. Carpenter travelled frequently, even when he was attending Swarthmore full-time. He had several opinions about the infamous “Swarthmore bubble,” commenting, “Going inside and outside of the bubble fairly often you realize how different the world is from what Swatties think it is and want it to be. Maybe cyclists are more ignorant than other people, but having been outside [of the bubble] so often, you realize that everything [that’s going on at Swarthmore] is so far beyond what’s going on in real life and you really need to think from the ground up.”

Carpenter continued to push and pull himself between Swarthmore and the cycling world until his early graduation a few months ago with majors in economics and environmental studies. Even after a “hellishly busy semester” leading up to graduation, Carpenter continued to feel motivated to graduate and cycle consistently.  He attributed his ability to remain focused and function truly as a student-athlete to his “detail-oriented” personality, and suggested that this is important for anyone juggling disparate, time-consuming interests, such as athletics and academics.

Now that he’s out of Swarthmore and has fully immersed himself in his racing career, he reflects on his new life as a professional athlete and the ways in which cycling has shaped his identity. “It’s funny because [sometimes] I realize how different my life is than most other people my age, having this singular focus. I just think it makes me think more carefully about the various things I do.”

As for the future, Carpenter anticipates a full, fifteen-year cycling career that will hopefully be lucrative enough to support him. He is still waiting, however, to see what happens as his career moves forward, and is aware of the volatility of any athletic profession. For now, he continues to train, live and experience life, if only from his temporary home in a small corner of Holland, confirming verbally what his life path clearly exhibits, “I’m never happier than when I’m racing a bike.”

2 thoughts on “Gone pro: Robin Carpenter ’14 is now immersed in the world of professional cycling”