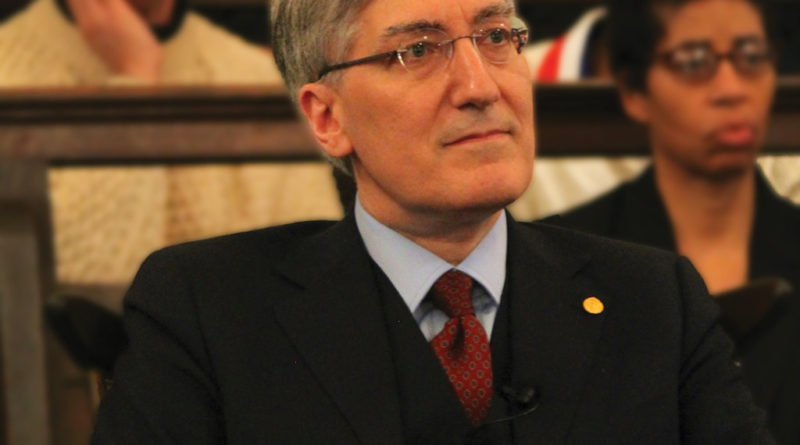 When Robert George and Cornel West came to campus on February 10, they offered themselves as examples of passionate debate and deep humanistic inquiry. The premise of the collection and the day’s discussion, as I understand it, was that our campus has a problem tolerating free speech, that strident voices, particularly those of our students, are threatening the very academic and ethical values upon which this campus is founded. What kind of intellectual work can be done, the thinking goes, if conversation itself holds no value for a generation devoted to political polarization? To put it more bluntly: if LGBT activists are going to hijack the campus, protesting the views of Robert George, how will we continue to be a community that reads and thinks and discusses? If some of us have questions about why the friendship of two Princeton professors should be front-page news, are we cynically failing to embody the best of the Western intellectual tradition? Such anxieties seem to me to miss the real problem.

I’d like to offer an alternative description of our campus and the event. I don’t think free speech is the root issue here. It seems to me that the students who were opposed to having Robert George and Cornel West come were correctly perceiving that the event itself was badly conceived and that the speakers were not going to be doing justice to the moral urgency of the situation. They were not, in short, going to come to this campus and teach us something we don’t know about talking to each other. I think many of our students perceived correctly from the start that we would be treated to a parody of intellectual debate. We were invited to watch, as George put it, a show being taken on the road. However deeply held their convictions and however courageous they may have felt about confronting our apparently intolerant community, what George and West gave us looked in the end very much like a show. Free speech is of the utmost importance on this campus, but public performances that trade intentionally or unintentionally on the anxieties of a community in struggle are deeply counter-productive. I don’t blame anyone for reacting with alarm to the prospect of this event or to the way it ultimately unfolded. I hope no one will be too hasty about attributing such alarm to widespread liberal intolerance or fear of genuine intellectual debate.

Both speakers trotted out great names from intellectual tradition. Plato, Aristotle, Gandhi, Austen: apparently just telling us that they had read these authors and had approached them with intellectual humility was intended to answer the deep concerns of the community gathered for a meaningful discussion. Speaking at great length so that there was time left for only three questions (“a filibuster,” one of my colleagues called it), they failed completely to engage in discussion, even with one another. Indeed, the differences they were hailed for “speaking across” were never fully articulated. Moreover, when our student Jacob Adenbaum ‘14 asked them both tough questions, they engaged in what I consider to be a disgraceful act of shaming.

Although Adenbaum has already defended himself in print, I’d like to add some comments about this moment in the discussion. In their remarks, both George and West implied that they felt Adenbaum’s address to them was misguided at best, and at worst ethically cheap, cynical and unworthy. What Adenbaum actually did was address them in the terms they themselves had set up. Both speakers presented themselves as personal representatives of the intellectual virtues. When challenged, however, neither speaker proved willing to confront the full complexity of the persona upon which he had been trading professionally. Their squeamishness about answering cast their whole project in doubt.

Yes, Robert George, if you are claiming that intellectual inquiry demands that we be willing to change our minds no matter what the cost, you should be willing to tell us what it would take for you to change your mind about LGBT rights. Yes, Cornel West, if you are presenting yourself as passionately devoted to deep debate, you should be willing to explore the ethical issues raised by your appearance on campus with Robert George. Those are reasonable questions that could have been answered without defensiveness if this occasion had been all it was supposed to be. Instead, Jacob Adenbaum was accused of wanting applause. I’ll be blunt again: Robert George accusing Jacob Adenbaum of wanting applause was, as they say, like Barbie calling Ken plastic.

Our campus is without question struggling to find a way to work out some very painful issues and we are not always succeeding. I give full credit to all those, students, staff and faculty who are working so hard under such difficult circumstances. I am willing to believe that Robert George and Cornel West came here with a genuine desire to help. But I am left utterly baffled and frankly angry about the strategies they employed in this public gathering. The February 10 collection was not a discussion, not ethical, not compelling and not helpful. At its worst it smacked of the very polarization it was supposed to heal. Claims about free speech are being used in sophisticated and destructive ways in our divided nation, and carelessness or cynicism about these issues is virtually guaranteed to lead to a destructive impasse. I believe on our campus such an impasse has been exacerbated by Robert George and Cornel West.

Nora Johnson is Professor and Chair of English at Swarthmore and  an assistant priest at St. Mark’s Episcopal Church, Philadelphia.

3 thoughts on “It’s not about free speech”