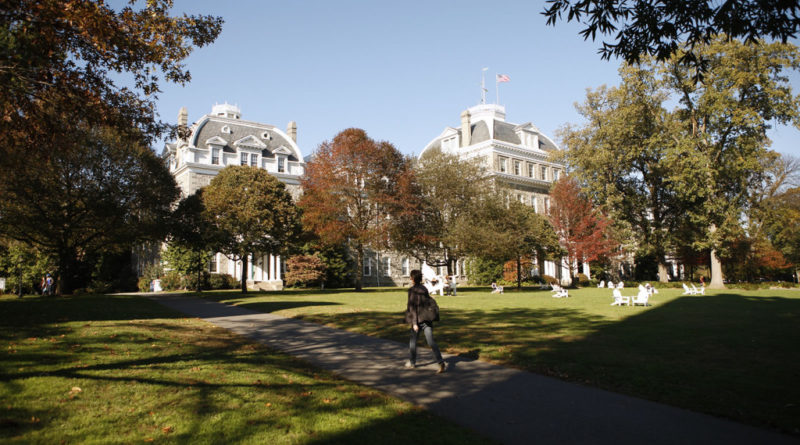 Crunkfest, the unofficial festival held every spring in the courtyard of Worth Hall, has generated concern from some students.

“If you live in Worth or you live in the Lodges, or even Willets, and you’re very uncomfortable with the idea of this happening — I think most people would see that as a legitimate concern,” said Aya Ibrahim ’15. “So it’s just something to look into.”

Originally, StuCo considered holding a poll on crunkfest as an initial step. In the end, however, StuCo decided to leave the issue up to Worth residents and the RAs.

In an attempt to bring SAC’s spending further under the control of StuCo, its members are familiarizing themselves with the budget. The idea is for SAC, which funds parties and other social events for students, to distribute its funding in a way structured and programmed by StuCo.

Part of the function of analyzing trends in event funding is to allow for the funding more dry events, which StuCo says are in increasing demand. SAC, historically, has funded more wet events than dry ones. The audit of the SAC budget will partially serve to re-direct funding toward these dry events.

“We want them to have more intensive training, like Bystander Intervention training,” Ibrahim said. “[We want] more accountability over all, so they can be more of a resource and there is better clarity on what to do in whatever situation.”

At the StuCo meeting on Sunday night in Parrish West, Associate Dean of Diversity, Inclusion and Community Development Liliana Rodriguez suggested that T.I.PS. (Training for Intervention Procedures) certification be required of Party Hosts. T.I.PS. is a bartending training class sometimes required by employers that teaches the employee how much alcohol in how much time will intoxicate someone, how to check I.D.’s, and how to judge when to cut someone off.

“A couple of students wanted a little more freedom once they got into Philadelphia,” Schlessinger said. “[The tickets we buy] will get you into any zone, but once you’re in the city you can’t take the subway or anything like that.”

But the switch has been delayed by StuCo’s apprehension of a fee from SEPTA. If the number of passes ordered is greater than the number of passes bought by students, then StuCo has to pay a fee for the remaining passes. That is, in order to buy the passes, StuCo has to first order a given number (currently they buy 80 tickets and will buy 80 passes once they switch) of passes — but, unlike the round trip tickets, there is a $6.00 fee for every pass that goes un-purchased, or half the cost of the pass.

In order to bypass this, StuCo is planning to register the college as a business and have the fee waived.