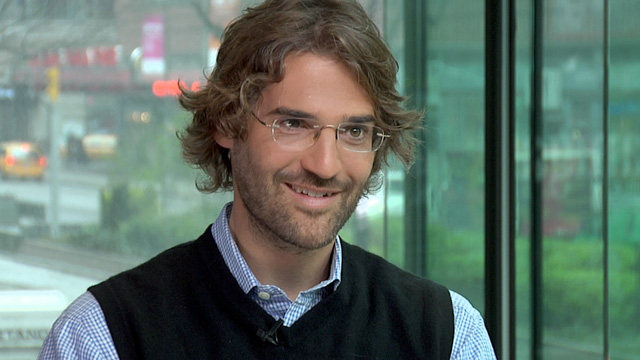 In his article “The Price of Precious,” which recently appeared in National Geographic’s October issue, Jeffrey Gettleman attempts to tell the story of how minerals mined in the Democratic Republic of the Congo (DRC) make their way into our electronics.  Drawing on personal experience in DRC, Gettleman paints a vivid picture of what he perceives violence to look like on the ground, while simultaneously offering a history of Congo since King Leopold and an overview of conflict mineral legislation in the United States — all in less than 1000 words.

The article adopts an all too familiar “Western explorer in Africa” narrative.  As an intrepid outsider, Gettleman is shocked by the danger and chaos.  Based on the article, Congolese are mere stereotypes: helpless villagers, brainwashed child soldiers, or greedy opportunists.  However, Gettleman’s position as a Westerner allows him to (supposedly) see the reality hidden from the ignorant Congolese.

The first half of the article reads like an adventure story in order for the reader to fully appreciate the danger Gettleman faces.  He goes out of his way to describe the utter poverty and hopelessness of the situation.  Gettleman then extrapolates from his experiences with a few child soldiers and a corrupt mining official over the course of a day that minerals must be the most important cause of conflict in a homogenous eastern DRC.  “The Price of Precious” is just one link in a long chain of simplistic understandings of Africa.

Unlike Gettleman and many others who write about DRC, we take a different approach.  While so-called “conflict minerals” certainly play a role in the conflict and grassroots advocacy efforts are morally commendable, a broader strategy is needed.  For years, academics and other experts have rightly pushed a multiscale agenda that addresses primary, secondary, and tertiary conflict drivers under the umbrellas of governance, security, sovereignty, and justice.  Conceptually, there exists a dynamic and intersectional pyramid of violence.  At the local level, land conflicts and equitable access to resources must be prioritized alongside the expansion of mobile courts and local reconciliation projects to address injustices and sexual violence perpetrated within communities. At the regional level, the dozens of armed groups operating in eastern DRC must be addressed separately, attending to the specific grievances and histories of each group. Specifically, the M23 rebellion must be addressed through sustained diplomacy, economic pressure, and smart peacekeeping. At the national level, President Kabila and his administration must increase their accountability by facilitating free and fair elections and drastically reforming the security sector to improve the command and control of state soldiers and police. At the international level, immense pressure must be put on Rwanda to end its support of all armed groups in the Kivus, while also pressuring the Congolese government to cooperate with international courts and participate in good-faith regional negotiations.

Advocacy on the DRC has traditionally orbited between two primary entry points: conflict minerals and sexual violence.  Though minerals and sexual violence are parts of the equation in DRC, they by no means constitute a holistic picture.  We must ask ourselves, then, why these two narratives of the violence in DRC continue to persist?  There are of course many answers to consider, but perhaps the driving motivation for the prevalence of these narratives is their relatability to our daily lives.  The challenges of DRC advocacy in the future then becomes making the complex roots of violence relatable to advocates, and broadening the policy scope while focusing on targeted results. To be clear, there are numerous laudable advocacy organizations and initiatives that are already advancing an agenda that will benefit DRC and civilians targeted by violence.  Incorporating these initiatives into the mainstream, diversifying media coverage, and prioritizing expert voices are potential next steps.  There are no easy answers, but continuing to ignore deep forces at work in DRC in favor of simple narratives of violence will not only fail to improve the situation in eastern DRC, but risks making the realities on the ground worse.

Sean Langberg and Katy Lindquist contributed to the production of this piece.