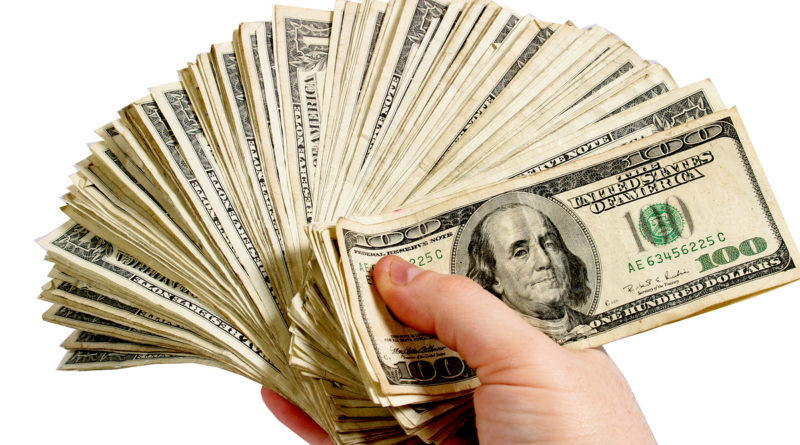 In the current system, it is possible to be disqualified from assistance programs like Medicaid by virtue of being slightly too rich. Since many benefits are lost completely instead of being gradually tapered down as income increases, earning an additional dollar can hurt people living near the poverty line, thus making poverty more difficult to escape overall. This phenomenon is called the poverty trap.

I argue that these sorts of undesirable consequences can be avoided by combining transfer payments, entitlement programs and the income tax into a single system that pays households below the poverty line, and taxes households above it in a coherent fashion. If such a tax is flat, then we create an even more robust system that cannot be gamed by finding clever ways to postpone income into the future, even though we lose some of the benefits of progressivity. (We could also defeat such schemes by making the tax rate a function of net lifetime income, but that’s outside the scope of this article.)

A negative income tax would work by first adjusting a worker’s income by some allowance (the amount of income at which they owe nothing). A household owing a negative amount would receive money and a household owing a positive amount would pay it. There is some scope for making the system more progressive and aggressively subsidizing more extreme levels of poverty, but the core idea is simply to make redistribution of wealth more efficient, transparent, and measurable.

Such a system makes it possible to redistribute wealth with lower tax rates than would otherwise be required, since money is never collected from and then returned to the same people, i.e. every household either pays into the system or collects from it. Collecting taxes at all distorts economic incentives and results in lost productivity roughly proportional to the amount of tax revenue collected. If we combine funding the government and subsidizing poverty into a single step, we can avoid unnecessary losses in productivity.

There are other benefits as well. The poor are not divided into “deserving” and “undeserving”. Simply by virtue of being American, a poor person would receive a subsidy sufficient to improve their standard of living. There would be no enrollment criteria, no enrollment process, and no lifetime caps on benefits. And since the form the system can take is more constrained, estimating the effects of policy changes would be much easier.

The administrative benefits of a negative income tax come from merging the processes of determining income for tax purposes and for benefits purposes. This also makes benefits more accessible since there is no application process for receiving benefits. An applicant typically either qualifies or does not, without gradient degrees of qualification. Or the benefits might taper down, but be computed on the basis of pre-tax income, thus further discouraging an individual from earning slightly more (or perhaps encouraging fraud). If incremental progress is discouraged, it can be hard for people to escape poverty.

If we use a negative income tax to redistribute large amounts of money in place of or in addition to in-kind benefits like medicine or food stamps, we enable recipients of government to spend the money on whatever benefits them the most without dividing food, medicine, transportation, gas, student loans, and heating into separate categories that are partially reimbursed separately if at all. Giving people highly restricted forms of pseudo-money, student aid for example, can lead to a huge price increase for that commodity since the recipients of aid cannot decide to use the income for a more productive purpose. If we make demand for certain commodities artificially high through subsidies, eventually price will start increasing faster than quantity.

There’s also the issue of power. For better or for worse, in a capitalist society money gives you the ability to shape, in some small way, how society is structured and encourages other people to care about your preferences. Giving highly restricted forms of money does not give people the ability to defer consumption, except to the extent that it allows them to substitute benefits for more liquid forms of income. In short, giving money with no strings attached is a very effective way to redistribute power to the poor and increase their influence in the marketplace.

Certain forms of in-kind benefits we may wish to keep. Restricting the flexibility of certain benefits can result in economies of scale, as may be the case with socialized medicine or mandating particular kinds of insurance. Education should probably not be replaced with a transfer payment, since the parents’ and kids’ incentives do not always align. But, in general, we should be highly suspect of restrictive forms of government assistance, price controls, minimum wages, and other measures meant to benefit the poor without actually giving them cash unconditionally.