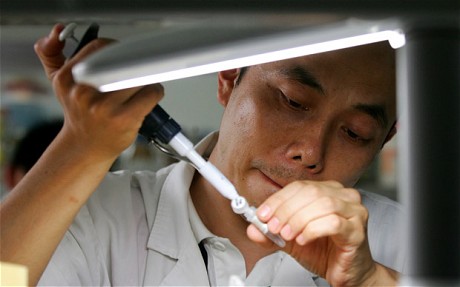 The past few decades have shown tremendous growth in scientists in all scientific disciplines, and has spread through some of the world’s developing nations as well. Countries such as Brazil, China, Mexico and Malaysia have made great strides towards making science and technology, especially biotech, a part of their economies. Yet, most developing countries have not felt the same surge of funding and scientific discovery, especially the countries of sub-Saharan Africa. Instead, these countries have suffered from significant brain drain, due to their scientists choosing to conduct research in other countries — often because of the availability of funding.

Despite trends in recent years, most scientific research still occurs in the developed nations. In terms which countries’ scientists are being published in scientific journals, the United States and Europe are still well ahead of the rest of the world. The number of publications in scientific journals by researchers from developing countries, accounted for only 30% of publications, up from 20.9 percent in 2002. Of publications in developing nations, most came from just a handful of countries that have provided significant increases in funding for science in the past few decades: predominantly China, India, Brazil, Mexico, Turkey and Malaysia. Other large, relatively rich countries have seen growth in their science and technology sectors as well, notably South Africa, Egypt and Nigeria.

The growth in science and technology that has been seen in these countries has not come easily. Most developing countries lack the institutions responsible for educating scientists, hiring scientific researchers, and providing funding. To encourage scientific research, some governments have created policies of giving extra rewards to scientists who publish frequently or are published in the most prestigious journals. It has been speculated that these policies have led to more cases of scientific fraud in these countries due to the added pressure they place on scientists to publish. Others have also raised concerns that, in countries such as China, research funding is not distributed fairly, resulting in some researchers receiving more funding that is perhaps undeserved.

However, these partnerships can be hard to achieve, especially if the goal is to address local environmental or public health issues. In most cases, the partnerships are forged around topics popular in the developed world, such as sustainable development or climate change. These issues may be related to the issues of the country itself, but do not specifically address those issues.

It is not hard to imagine that applied scientific questions would be better researched if local scientists were given the tools to research them without needing to appeal to those countries with the most funding. Scientists would be more likely to understand the scientific questions that need to be posed, and what studies would be most likely to have a positive influence on policy in their own country. The current multinational partnerships are funded largely by institutions in the wealthier countries, which may limit the areas of research that local scientists can pursue.

Moreover, more available funding from the governments of developing nations would reduce pressure on local scientists from publishing in the most prestigious journals. Major journals such as Nature and Science publish basic research that has little applicability outside the natural sciences. If a nation’s scientists are to study local scientific issues, there must be flexibility on behalf of the funding agency to reward findings that are published in more specialized or regional journals.

In order to create the institutional framework to provide adequate funding in these developing countries, there must be a community of scientists present who can utilize it, and can show why it is useful and necessary to answer local questions and bolster the nation’s economy. Resource rich countries could help to facilitate this, by coupling long-term scientific partnerships of scientists, who could build strong relationships between scientists and gain familiarity with local issues, with improvements in scientific education. Already, some NGOs offer opportunities to high achieving students interested in the natural sciences. If those students could have opportunities to make livings as scientists in their home countries, scientific communities could be built up over time into thriving, valuable pieces of the local economy. Scientific advances offer not only jobs, but local knowledge that informs policy to help people live healthy, happy lives.

A country’s strong scientific community can do a great deal of good for all its citizens. The rapid development of the science and technology sector in countries like China exemplifies some of the benefits that come with the promotion of scientific research. If developed countries could  act more intentionally and dutifully to establish strong scientific communities around the world, the increase in human knowledge that would create would be a benefit to all mankind.