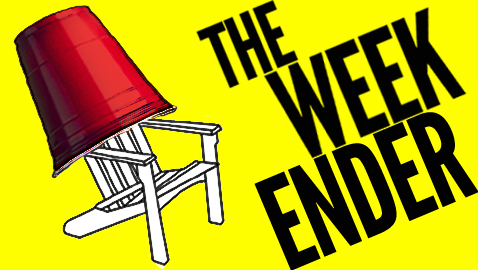 Swatties, it’s been a long week of studying, agonizing over pass/fail forms, and crying over midterms—or at least, that’s what my week has comprised. So what better way to end the week on Saturday night than by pretending you don’t have a pressing course load to be studying for, abandoning your real stress, and heading down to one of Swarthmore’s most prestigious fraternity houses to simulate the stressful times of Prohibition? It’ll be much more fun than focusing on your real worries; instead, pretend you live in a time in which alcohol is illegal and the Great Depression is about to come crashing down upon you and take away everything you own. Just imagining that for a night will really put the threat of finals into perspective!

Prohibition will be everything you ever hoped for: a party celebrating a period of time in which alcohol was absent, but fun was no less abundant than it is now at Swarthmore! Swarthmore during the times of Prohibition was doubtless a thriving center of social life, and the past’s wild excitement will certainly be recreated tomorrow night. If you’re still unsure, read on for the reasons that Prohibition will more than just another frat party.

It’s simple: a themed party is immediately ten times more fun than any unthemed party. This statement cannot be challenged—it’s just the rules. Examples include DU’s Hootenanny earlier this year, during which country music provided the background for a house filled with flannel-clad college kids turned redneck for the night. Or who could ever forget Toga Party, once again hosted by DU, when we all stripped our beds of their sheets and wore nothing but badly draped togas that dragged all around the muddy floor throughout the night? Greek life went Greek, and the theme improved the party exponentially. Just last weekend, Paces hosted a Masquerade event where students again took the theme seriously, dressed in formal evening attire and masks. The overachieving nature of the Swarthmore student ensures that a themed party will be met with perfect adherence. Nobody came to toga party in real clothing! A safety pin was the worst way that anybody dared cheat while fastening their sheets around their body. And if you were at Masquerade without a mask and immaculate evening wear, I almost guarantee that you felt too uncomfortable to stay and rushed back to your dorm to bemoan your lack of formal attire.

So if a themed party is already more fun, a party with the theme of Prohibition is a guaranteed success. Everyone wants to think about legislative history and the illegality of alcohol on a Saturday night! It’s Swarthmore, after all—if you thought you could get a break from studying on a weekend, think again. DU is literally forcing you to learn things just by having a party. Now you inadvertently know that Prohibition was in the 1920s and that it made alcohol illegal in America! Welcome to Swarthmore, where nobody ever gets any time off.

Even if you didn’t have the pleasure of attending each and every one of the themed parties that have occurred since the beginning of the year, or since the beginning of your Swarthmore career, it’s not too late to start now. Our all-inclusive frats are publicizing Prohibition well, and it’s open to all who want to come. So make sure to stress out first of all about how to dress—it’s 1920s themed, so you’d better make sure to look like you stepped straight out of the Great Gatsby. This party will be even more elaborate than any that Jay Gatsby ever held, though—the refreshments and food provided, along with a likely superb music playlist, are bound to outdo any that could really have existed in the 1920s. In fact, Saturday’s Swarthmore soirée is bound to make any state school student supremely jealous. Past and present will combine to be a hugely entertaining event celebrating one of American government’s worst decisions of the 20th century and the innovative ways that citizens of our great country still enjoyed black market fun. DU will celebrate the spirit of Prohibition tomorrow night. Don’t miss it!

Disclaimer: Prohibition was a time in which alcohol was illegally manufactured and distributed on the black market. The fact that DU’s party has the theme of Prohibition does not imply or suggest that the fraternity will be serving alcohol to minors.

Correction: The Daily Gazette changed the title of the article from “Pro-Her-Inhibition” to “ProInhibition.”

67 thoughts on “The Weekender: ProInhibition At DU”