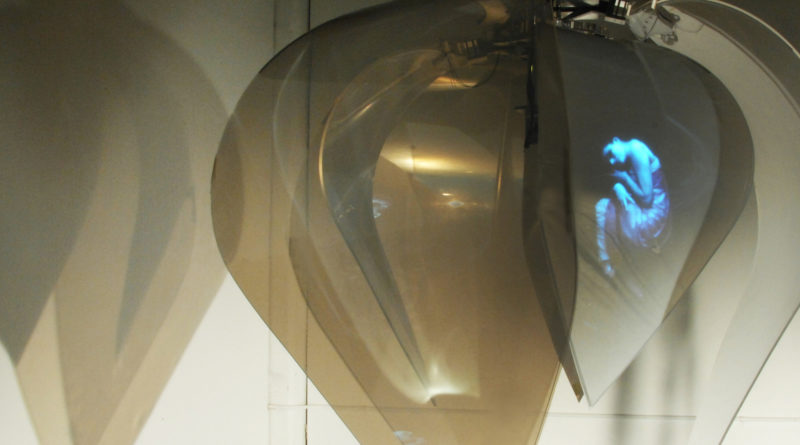 This Thursday and Friday the Film and and Media Studies department will present a series of lectures, conversations, and demonstrations investigating the future of visual media influence through advances in technology.

Visualizing Media Futures Symposium will bring six presenters to speak on throughout the day Friday, bookended by two keynote speeches.  The first will open the symposium Thursday evening as David Linde ‘92, former President of Focus Features and Chairman of Universal Pictures will be giving a talk on the changing face of the Hollywood film.   In light of his role as executive producer on films like Biutiful, Y Tu Mama Tambien, and Crouching Tiger, Hidden Dragon  Linde will also talk about his focus on global filmmaking and the future of these sorts of global films.  The second keynote, a Friday afternoon lecture by media professor Holly Willis will explore how media artists are using new technologies and techniques to promote alternate forms of learning and education through the media arts.

“We’ve assembled a lineup of pretty amazing, innovative thinkers who will talk about intersections of media and technology,” said film and media studies professor Patricia White.  “David Linde in particular is someone we’ve wanted to have speak for a long time.”

Professor White, who organized the symposium along with film and media professor Bob Rehak said she thought the symposium would be an important venue for conversation on how consumption of film has changed the past few decades and how this change will continue to affect film itself as the production, distribution, and exposition technologies continue to change.

“It’s important to question how these new technologies are going to transform how we see film as you can’t really separate cinema and from new innovations in media.

The first of a planned semi-annual symposium series on the intersection of emerging technology and visual media, the symposium is what Professor Rehak hopes will be the first steps into asking the important questions about the changing academic field of media studies.

“I think of this initial forray as a look at different aspects of media practices,” Rehak said.  “Our current conceptions of cinema only focus on the traditional model of a communal experience of sitting in a dark room watching a single projected image.  We thought the symposium would branch out into ideas of how media is primarily viewed today: by individuals across a variety of platforms and smaller screens.”

The symposium comes at a time that the Film and Media Studies Department is seeking to redefine its own identity and emphasize the “Media Studies” half of its title.

“Over the last years we’ve introduced several courses like ‘TV and New Media’ and ‘Experimental Animation’ all of which branched out our definition as a department from one focused solely on film,” said Rehak said.  “The symposium is also an attempt to gain a little clarity for our own identity as a department.”

Around the time Swarthmore’s Strategic Plan was released and the college was planning to subtly redefine its identity as a whole, Professor White was contacted by John Davis ’92, President of the Center for New Cinema in Seattle.

“He was just interested as an alum in new directions for the college and particularly for the [Film and Media Studies] Department.  Was Swarthmore the kind of place where a lab with new technology could exist and could be worked with by bright, talented undergrads? Could you think of Swarthmore as a place where you could imagine, on a small scale, the kind of technological research being done at a large university like M.I.T.?”

Davis brought in Shawn Brixey, Associate Professor of Digital Arts and Experimental Media at the University of Washington in Seattle, and the two collaborated with Rehak and White to put together a program they thought would answer the important questions about the intersection between media and technology.

Because of the program’s interdisciplinary nature, its organizers think that it successfully presents something for those interested in any discipline.

“First and foremost I would want it to be fun and interesting,” Rehak said.  “There’s pleasure in listening to people very interested in their work and doing very fascinating work talk about their it.  But I would also think people should think about ways that their institutions, academic and otherwise, are using media and so I think there’s something here for everyone.”