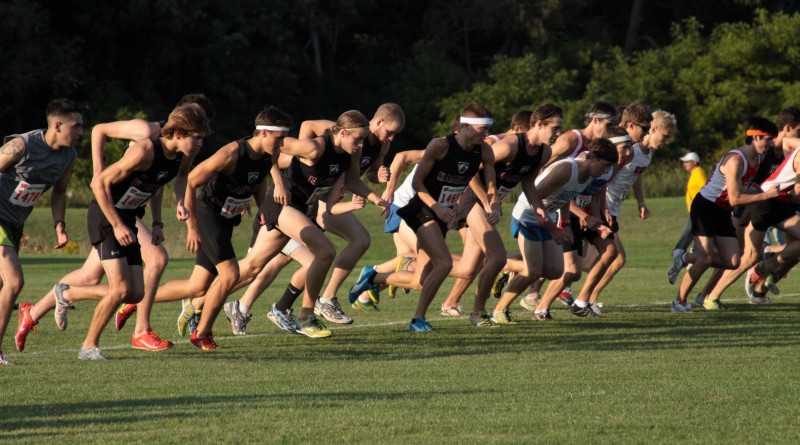 For senior Jacob Phillips ’13, his Swarthmore cross-country career couldn’t end in a more fitting way. Originally from the Canterbury School in Fort Wayne, Indiana, Phillips will find himself back in his home state this Saturday, when he will run in the NCAA men’s cross country championship at the LaVern Gibson Course in Terre Haute.

Five or six years ago, Phillips would have never imagined himself competing for the NCAA title. During his junior year of high school, he battled through meningitis and the following year, he suffered from appendicitis. “I never got the chance to run to my fullest potential before,” Phillips said.

Now, “he wants to be one of the top runners in the country,” said Head Cross-Country Coach Peter Carroll.

Needless to say, when he was looking at colleges, cross country was not at the top of his priorities. When he entered the program his freshman year, “the team was in bad shape,” Phillips admitted. However, four short years have proven to be the much-needed cure, as Phillips has taken the team upon his shoulders.

“Athletics have become a much bigger part of my life,” he said.

This is somewhat of an understatement, as Phillips’ training regime involves running around ninety miles per week, twenty of those on Sunday mornings at 8:00 am. “Every single day, I have to run,” Phillips said. “Running is a lifestyle . . . it requires dedication and determination.”

Carroll has been nothing short of thoroughly impressed with Phillips’ commitment to the sport. “The cornerstone of his success is hard work,” he said. “It takes belief in the system, and in yourself, to improve.”

According to his Coach, “about 60 to 70 percent of your success is based on what you do during the summer.” However, Phillips has still managed to exceed Carroll’s expectations. “He’s put in a lot of miles, and a lot of summers . . . he doesn’t mind sacrificing some things in order to accomplish his goal.”

Carroll went on to say, “he shows up every day, and he works hard. I appreciate it . . . everybody takes it for granted, showing up and working hard, but at a place like Swarthmore, it can be hard to maintain that sometimes. He’s always there for his teammates, and for me.”

As the NCAA championship race looms closer, the competition couldn’t be more welcome. “I’m an incredibly competitive person,” Phillips admitted. “I can’t even play a game of Trivial Pursuit with my friends.” Carroll has also noticed Phillips’ competitive nature, saying, “he loves battling with [other] guys.”

In addition, the LaVern Gibson course is a fast course, with some hills – Phillips’ forte. “Rougher terrain will bring out his strengths,” Carroll explained.

While Phillips may not be too concerned about the upcoming race itself, he’s starting to realize the significance of running the final cross country race of his college career. “It’s slightly terrifying,” Phillips said.

Looking back on his successful four years on the team, Phillips has quite a few honors to brag about, including a strong NCAA championship race last season where he became the first Swarthmore runner to compete since 2001, becoming one of only four runners in Swarthmore history to qualify for the Centennial All-Conference First Team this year, and being named on the Centennial Conference Academic Honor Roll for 2010 and 2011.

However, according to him, “I think the most fulfilling aspects of my four years were leaving a legacy, and helping to build the program.” Carroll acknowledged the impact he made, beginning on the first day of his freshman year. “He fights for his team . . . he’s taken his team to the top of the mountain and shown them how hard work pays off,” he said. “He’s obviously difficult to replace.”

In two days, Phillips will be finished with his cross-country career at Swarthmore. His final words of advice to next season’s returners were short and straightforward: “Run when you need to, rest when you need to, and work together.”