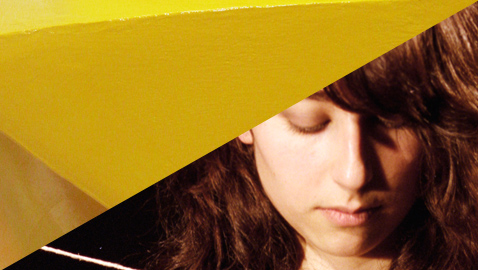 This weekend’s senior Studio Art exhibition features the work of Fanny Zhao ’12 and Alex Younger ’12, two artists from the state of New York. Their artwork will be displayed together in List Gallery from April 19th to the 22nd. The opening reception is this Thursday the 19th from 4:00 to 6:00 p.m.

Zhao’s installation, Take a Seat: A Cornucopia of Chairs, features prototypes of chairs based on fruit forms. A series of sketches went into the creation of each piece, and many of these designs will be on display in the gallery.

“It all came to be about fruit because I was eating a really good apple that day!” said Zhao, emphasizing the fun and playful nature of both her process and her final installation.

The show is intended to encourage a dialogue between the seats and the viewers, in the same way that chairs in our daily lives encourage interaction. Each carefully arranged piece is an abstracted indication of a familiar fruit.

“I hope people will start talking about my chairs, and then maybe share the story of the last time they had star fruit,” said Zhao.

Younger’s adjacent photography exhibition, Personal Exposures, has an altogether different tone. It focuses on the ways that individuals’ experiences and identifications shape how they view their bodies.

“It’s about body image,” said Younger, “but it’s not just a little idea project or a psych experiment. Because when you get down to it, it’s about the emotion.”

The portrait project is a culmination of the film photography work Younger has been doing over the past four years, continuing with her method of conducting in-depth interviews with subjects before photographing them. She came up with the basic concept for the thesis in July 2011 and committed to it for the duration of senior year.

“I did a bunch of research, found people who were interested, and have really tried to push it as far as possible,” says Younger. “I’ve worked with new equipment, travel, crazy situations… it’s not at all where I thought this project would be last summer, but I think it’s better and more interesting than anything I abstractly came up with.”

The exhibition is free and open to the public during regular List Gallery hours. All are welcome at Thursday’s reception.

Click here for a complete schedule of the 2012 Senior Thesis Exhibition Series.