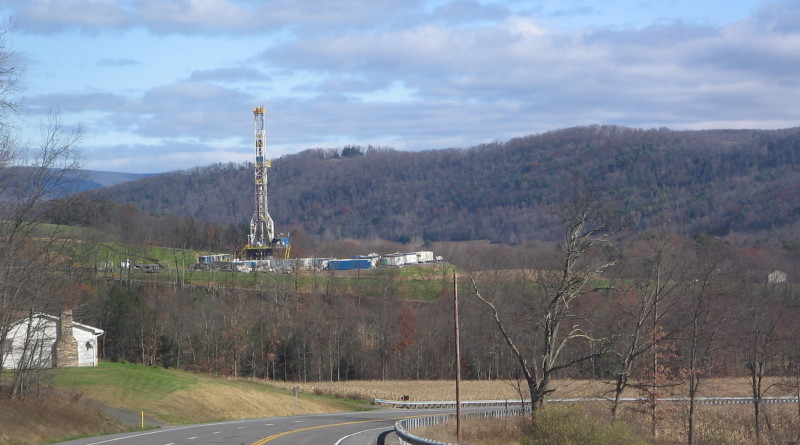 The following is an introduction to a series which will be produced for Lodge 6.

I grew up in Central Pennsylvania, and my interest in this topic has grown as I’ve seen my hometown and surrounding area transformed by natural gas development.  I also think the regional development of the Marcellus is an intrinsically fascinating issue, since it encapsulates broader debates about energy policy, global warming, environmentalism, economic development, etc.

In general, reporting on the Marcellus has focused on the environmental impacts of gas drilling–and these are indeed serious concerns.  But in this series I plan to focus more on the political and social impacts of development, which are also serious.  These issues are less likely to rile up environmentalists in New York, but they have concrete effects on the lives of residents living in regions of gas development.  For example, one of the questions I plan to investigate is how the influx of young men into rural, undeveloped towns has impacted crime rates, business development, and town culture.  (Superficially, for example, the influx of gas workers in Williamsport has corresponded to an influx of southern-style BBQ restaurants).

I recently spoke with two people closely associated with natural gas development in Central PA, and I plan to write up reports on my meetings in the coming days.  First, I met with Republican Rep. Garth Everett of Pennsylvania’s 84th district, who said he estimates he spends 75% of his time working on natural gas-related policies.  I also spoke with Rep. Everett about the recently-passed Act 13, the controversial bill that imposes an “impact fee” (god forbid we call it a tax) on natural gas companies.

Next I talked to Ralph Kisberg, the leader of the Responsible Drilling Alliance, or RDA, which is perhaps the leading anti-industry advocacy organization in Central PA.  I say “anti-industry,” but Kisberg explained that the RDA perceives its mandate to be extracting maximum benefits (and incurring minimum costs) from gas drilling for Pennsylvania residents–not halting drilling altogether.  I also got Kisberg and John Trallo, another RDA member, to comment on recent EPA tests that showed no increase in contamination levels in 11 wells in Dimock, PA where residents have been claiming for years that drilling by Cabot Oil and Gas polluted their drinking water.  Their response was surprising.

One thought on “Introduction: Social Impacts of Natural Gas Drilling in the Marcellus Shale”