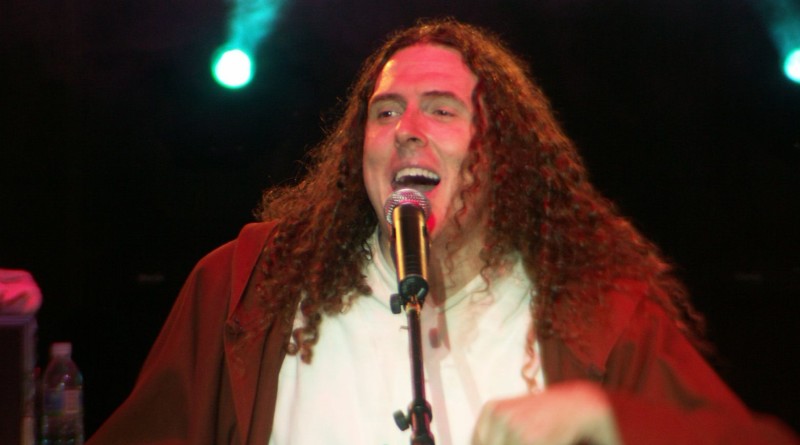 Have you ever been hanging out with a group of friends, when someone mentions a song in passing and you then think of a clever pun based on the name of the song? I haven’t (mostly because I don’t have friends; they’re all off skiing without me), but I’m sure some of you have had that experience. You and your friends think “White and Nerdy” would be a great parody of “Ridin’ Dirty,” so you make a few jokes about what some of the lyrics might be (“What if the song started with something about mowing your front lawn? That could be kind of funny…”), and then you move on with your lives. You didn’t go ahead and make that song, right?

The reason that you probably didn’t spend the time to go make that song is because song parodies suck.  They aren’t good songs, and they aren’t good comedy; they’re the awkward kid crashing the party who stands in the corner by himself sipping his rum and coke because nobody knows him, but nobody really wants to ask him to leave. Song parodies live in the valley of the uncanny, in an unsettling state of liminality somewhere between robot and human. They are seven-year-olds trying to play T-ball. Yes, they’re technically playing a sport, but that doesn’t make it any less painful to watch.

It’s always been somewhat puzzling to me that song parodies exist as they do. The music is not as good as the original songs (if I wanted to listen to a nerdy white guy butcher Chamillionaire, I’d go to karaoke night on Triple Tequila Tuesday, not buy a Weird Al CD), and the comedy in a song parody is mediocre at best because it’s all based on stupid puns. Puns are the Big Macs of the comedy world; yes, sometimes they taste good, but you always hate yourself for eating it. I’ve never heard anyone laugh at a pun; the best a pun can do is elicit a groan from your audience that says “yes, yes, you’re very clever with words. Please shut up now.”

Ready for the parodies?

“The Only Living Toy in New York” (about a Toy Story-like toy exploring New York, trying to wake up his other toy friends)
“Purple Stain” – (about someone getting a purple stain on their new white carpet)
“Call My Dove” – (about how I have a dove that gets lonely unless people call it)
“Absurd Loons and Bronzers” – (about people who like to go tanning in an insane asylum)
“Stay in Sight” – (about a parent who always wants their kid to stay in sight)

I don’t have the time to actually write those songs (I know, I know, you really wanted to hear my album), but writing shitty song parodies is not that hard to do. The tragedy in all of this is that, although most of the parodies out there tend to be of the shitty persuasion, it doesn’t have to be that way; they have the potential for greatness. However, in order to achieve that level of greatness, the parody would have to escape the muck of puns and crude innuendos to come to some higher place of meaning. Great parodies would not just mirror the original songs in style, but in substance as well. They would reveal some greater truth about the original songs or the original artists, or perhaps the parody artist themselves. They would see further than others, but only because they stand upon the shoulders of the giants that are the original versions. They would take underlying song structures into their studios and twist and mold them until they were ready to be presented to the world as bold new creations. They would alter your perceptions such that you could never look at the original songs again without seeing the isomorphic structures they contained, laid bare by the brilliance of the parodies, but beautiful in their nakedness.

Such is the potential I see for song parodies, but their promise is perpetually unfulfilled. The closest I’ve ever seen is Weird Al’s “The Saga Begins” (a summary of “The Phantom Menace”  set to the tune of “American Pie”) because it reflects the hero’s journey that “American Pie” describes, and enhances your enjoyment and understanding of the original song. Perhaps I am asking all the wrong questions of parody and placing unrealistic expectations on a genre that is defined by crude humor and popular music, but I want to see it achieve a level beyond the punbelievable, and I feel that it can.

One thought on “RCG: Punsylvania State of Mind”