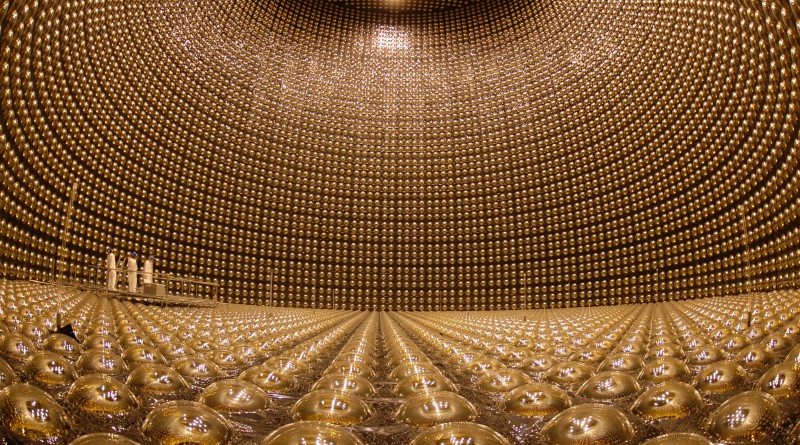 Six months ago in an underground particle accelerator in Switzerland, physicists released the startling claim that neutrinos, or subatomic particles, traveled to a laboratory in San Grasso, Italy faster than the speed of light. These tiny subatomic shook the foundations of modern physics. Faster-than-light? Inconceivable! Now, the European Organization for Nuclear Research (CERN) has released a statement saying a recent re-examination of the neutrino experiment revealed a potential flaw in the experiment. The neutrino has left the laws of physics untouched – or so it would seem.

The premise of the original measurement is simple. Measure the time for a neutrino to travel a given distance.  Divide this result by the distance traveled and you have the speed. When researchers clocked the speeding particles, they found the neutrino beat the time that a photon would travel by 60 nanoseconds.  Sixty nanoseconds is the equivalent of 0.00000006 seconds, an unfathomably small amount of time. But this tiny amount has enormous implications. The speed of light–at 3,000,000 m/s (186,282 miles/sec)–is a cosmic speed limit. Nothing can travel faster than it. Needless to say, this speedy neutrino was enough to undermine the basic laws of physics and throw the scientific community into an uproar.

Only, there was a problem. The fiber optic cable connection the GPS was a loose, causing a delay in the clock that would have made the recorded appear shorter, and the particle’s speed, faster. Physicists will rerun the experiment, but CERN scientists themselves admit it that this technical error affected the findings of the experiment.

So Einstein was right. Debunked due to experimental error, the slighted neutrino returns to infamy and the speed of light remains, as of yet, unbreakable. Neutrinos are just neutrinos, not rebellious, super-luminal particles. How boring. The faster-than-light neutrino isn’t the first time a scientific claim has sparked popular attention, only to come to nothing. [1] But neutrinos don’t need to break the cosmic speed limit in order to profoundly affect physics. Their strange behavior is still a big unknown, and one that, if better understood, might provide clues for painting a more complete picture of the laws of physics.

Neutrinos, they are very small.
They have no charge and have no mass [2]
And do not interact at all.
The earth is just a silly ball
To them, through which they simply pass,
Like dustmaids through a drafty hall
Or photons through a sheet of glass.

Neutrinos are WIMPS, weakly interacting massive particles, which means they are incredibly are incredibly small, incredibly light, and hard to detect. They are produced in extremely high energy: the Big Bang,  the sun, particle accelerators, nuclear reactors, and supernova explosions. Ghost-like, they hardly react with normal particles. Every second, 65 billion neutrinos from the sun rain down and pass completely through you and the earth. Importantly, the little neutrino is one of many subatomic particles whose interactions with other particles, if better understood, might explain dark matter.

Dark matter knits space together, an invisible mass. It’s ubiquitous–there’s about five times as much dark matter in the universe as there is normal matter– and without this extra, invisible mass, gravity couldn’t hold together many smaller galaxies.  However, the question of what dark matter really is has baffled scientists since the 1970s. Currently, there is no theory that explains the interactions of matter in all forms, or the presence strange forms of dark matter, and dark energy. Understanding neutrinos means understanding the universe at its earliest, simplest states. If scientists can do that, then they can also understand the relationship between the laws of relativity (behavior of the very large) and quantum mechanics (the behavior of the very small), which currently cannot be explained a single set of laws.

In order to study neutrinos, scientists must return underground.

Inside Kamioka Observatory, deep under Mt. Kamioka in Japan, is a giant bubble chamber of heavy water (water that has been ionized). Other observatories have similar constructions, but are filled with gallium, or phototubes.  The most recent, the IceCube Neutrino Observatory in Antarctica lies 1.5 miles underneath the Antarctic ice, and measures flashes of light produced when a neutrino collides with atoms in a block of ice. Depending on the material, the observatories are designed to use the material –whether water, ice, gallium, or some other substance–to detect the radiation or light trails produced in a rare indirect interaction between a neutrino and another particle.

These huge underground observatories are massive–the Super Kamiokande detector in Japan has 50,000 tons of water. They’re designed large because the chances of detecting a neutrino are so small. At the IceCube Observatory, out of 100,000,000,000,000 neutrinos passing through a square foot of earth, a mere 25 were detected.

Despite these odds, physicists are slowly accumulating more data.  In April of last year, the Sudbury Neutrino Observatory in Ontario published results finding 3% fewer neutrinos than theoretically predicted, possibly indicating the presence of the elusive “sterile” neutrino, a flavor [3] of neutrino that is even lighter and less interactive than normal neutrinos. This incredibly light, hypothetical particle could be dark matter.

Dark matter, light particle. Thousand-gallon tanks, single atom collisions. Rule breaker or rule maker. A portrait of the neutrino is riddled with oppositions. When first proposed, the Italian physicist Enrique Fermi christened it “the little neutral one” due to its neutral charge.  The name, however, fits in more ways than one. As theorists continue to debate the particle’s cosmic significance and as you come to the end of this sentence, trillions of neutrinos have sailed right through the Earth, utterly unmoved.

[1] Take cold fusion, for example. When in 1989 Stanley Pons and Martin Fleischmann claimed they could produce the fusion reaction (a far more effect source of nuclear energy, fusion produces 100,000 times more energy than fission, the process nuclear reactors use to split an atom to release energy), the media and scientific community went ecstatic.  Follow-up, however, revealed their claims were based on experimental error, and “cold fusion” became a scientific bi-word.

[3] Yes, different types of neutrinos are described as flavors, some include electron neutrinos, tau neutrinos, and muon neutrinos.