Columnists » Sisterhood of the Traveling Sex Column: The First Time 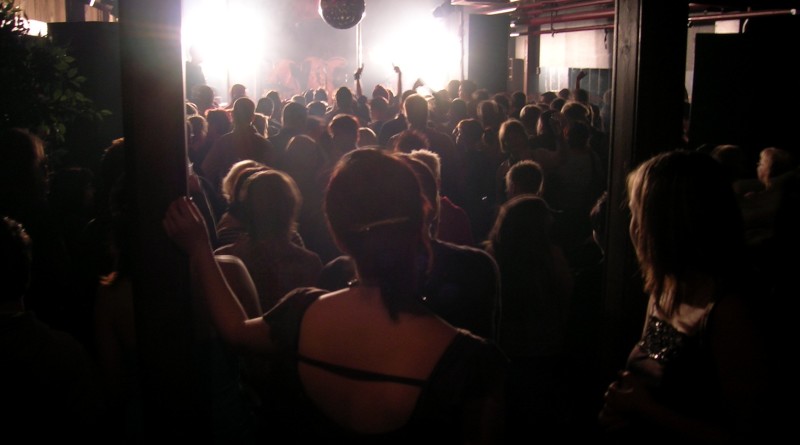 A column by “Strumpette,” one of a rotation of friendly Swatties that will write about sexxxxxxxxx in all of its glorious forms.

So: how to find a new mate? The biggest thing that keeps me from going to Paces to pick up various sexual fodder every weekend is that, honestly, I’m either too drunk, or not drunk enough, and too nervous to really appreciate the experience or perform to my best potential. I’m actually a huge fan of directly propositioning potential sexual partners while sober, but this is a socially delicate act. It is best achieved either on a date (meh, a lot of work), or with a friend or acquaintance you happen to know has sexual mores and inhibitions compatible with such an encounter. Hippie types and people who talk openly about non-monogamy have made good targets for me in the past.

Anyway, here are some observations and tips when engaging with a new partner, with the caveat that I’m a cis woman and have only ever engaged in heterosexual hookups – this is the Daily Gazette sex column- who’s surprised?

We begin with the kiss. Pay attention to the size of the mouth of the person you’re about to make out with. I’ve definitely been completely subsumed by a makeout partner. You’d think they’d notice something was wrong (i.e. they’ve made it to your nose), but no. Moderate tongue usage until you know what the other likes. Be cautious with the nibble, at least until you establish a sexual rapport (but nibbles are a wonderful thing), because you don’t want to be labeled a biter. That’s an insult in the UK.

Moving further: where to put your hands. I like to feel attractive, especially while making out and being undressed. Maybe limit public groping (depends on how much gossip you like to hear about yourself), but I love love love when someone unfamiliar clearly has an appreciation for my ass, thighs, chest, etc. Like things other than my primary sexual organ, because the message “I like your vagina!” isn’t particularly flattering. You can even say something. In general dirty talk feels a little odd the first time around, but can be sexy or set the stage for future encounter, even used as a form of consent. (“I wanna fuck you.” “Me too!” “OK, let’s do that then!”).

Speaking of which, a little sexual health counseling plug here: get get get verbal consent for sex. It shouldn’t be awkward, because everyone at Swarthmore should be really *fucking* used to it. By the way, Dan Savage defines sex as anything where you come into contact with the other’s sexual organ (which has the benefit of being far less heteronormative). If they don’t remove it themselves, it’s a good idea to ask or at least pause meaningfully before removing any of article clothing more significant than a scarf. Saying something like “what would you like to do tonight?” can cover a lot of ground at once, and keep paying attention after things have been initiated, as in “no” means “no” and “stop” means “stop” and crying means definitely “stop.”

Now it’s time to achieve orgasm – maybe. I have a hard time with this with a new partner. The psychology of the situation can be deeply affecting, and if I’m a little tense around someone because they’re new, I get in my own head and start pressuring myself to come (which never works). I’ve also never been able to achieve orgasm with penetration alone. I know some women who have had lots and lots of sex, and this is true for them too. I also know women who come immediately, lucky bastards. Men under 22 tend to do a pretty good job of orgasming, but if you’re hooking up with a much older man it’ll get harder. Ask for what you want (and ask them what they want). And, if neither of you actually orgasms, it’s not a big deal. You probably just need to practice more with each other.

You had a good time together (maybe), said goodbye (or not), and then you walk into Sharples the next day… and there they are. It’s a Swarthmore tradition. If you want to see this person again, give ‘em a warm smile, or at least try. If not, then it’s still a good idea to say hello the first time you see them fully dressed again. Nothing is more disconcerting than not knowing whether that person you whose intimate parts you touched remembers you.

0 thoughts on “Sisterhood of the Traveling Sex Column: The First Time”