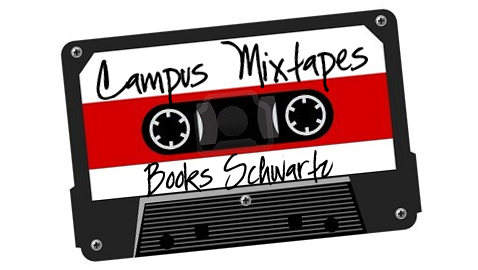 Ben “Books” Schwartz ’13 is a Linguistics major and an English minor. Most of his free time is spent writing stories, telling stories, and enjoying stories. He hopes to someday make the transition from novelist to published novelist (an oft-overlooked distinction). Here is some of his favorite writing music.

For me, one of the most important stages of crafting any story is assembling the soundtrack. I need to have the perfect music to set the tone before I can put down a single word. Sometimes it’s just one song looped over and over, and sometimes it’s a sprawling playlist. It all depends on the story and scene. This playlist is just a quick sampler of some of my favorite writing songs from the last few years.

“Campus Mixtapes” is a new feature highlighting the musical tastes of different people at Swarthmore. To nominate someone for inclusion, please email Kat Clark ’12 (kclark9).