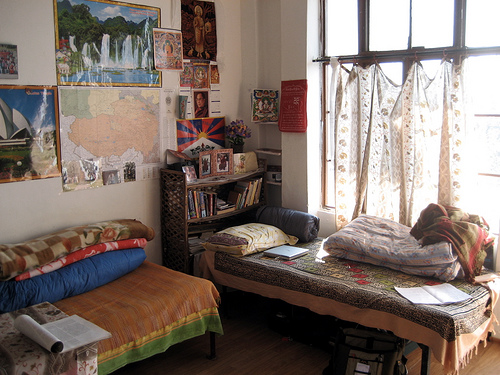 House Bill 1077, a bill introduced by Representative Kathy Rapp of Warren County, is set to be passed by the Pennsylvania House of Representatives. With 112 co-sponsors, the proposal (similar in nature to one passed in Texas in 2003) stipulates that a woman seeking an abortion must obtain an ultrasound at least 24 hours before the procedure is to take place. Ironically enough, House proponents argue that this bill is a medical guarantee of a “woman’s right to know.”

All seventeen pages of the draft legislation outline specific conditions that must be met. Most notably: the physician performing the abortion must provide the ultrasound, paying primary attention to the woman’s reaction (and not the results of the test) in order to determine whether or not she changes her mind. In order to facilitate that change, the bill requires that the doctor “position the screen so that the patient is able to view the ultrasound test in its entirety, with a view of her unborn child, while that test is being conducted to determine gestational age.” He or she must also inform the woman the age of the fetus and the condition of its heart rate.

Imposing such administrative sanctions (and criminal penalties on non-compliant physicians) could potentially shut down women’s health facilities throughout the state if any of the bill’s provisions are not met. Furthermore, it effectively intimidates those women who are seeking an abortion (though not in cases of rape, incest, medical emergencies or for fetuses that are less than eight weeks along) so that they inevitably decide not to go through with the procedure after all.

It seems that the only “right” a woman is afforded under this bill is the right to look at — or not look at — the printed results of the ultrasound. But even that concession is negated by the fact that, in accordance with the provisions, doctors must position the screen in the woman’s direct line of vision throughout the entire test. And while the patient is “not required to view the screen,” the fact that such extensive measures are taken to ensure that the woman sees the ultrasound results is enough to gather that the fundamental intention is to deter her from undergoing an abortion.

Such a bill is a gross violation of a woman’s right to choose and an individual’s right to privacy under the Fourteenth Amendment. This sort of dogged involvement of government in women’s health-care centers not only slaps a profound moral stigma on an already heavily-stigmatized procedure, it also aims to devalue a pregnant woman’s mental and emotional capacity.

To force a woman who has chosen to abort a fetus to listen to any heartbeat that might exist at the time of the sonogram is to effectively guilt her into “doing the right thing” — namely, opt out of an abortion. It is to assume that a woman has wrongly decided the fate of her fetus; that she cannot be responsible enough to determine what is best for herself or that fetus; and that she cannot, and should not, be able to make a rational decision about her own body.

It is to take away a woman’s basic right to choice under the guise of a woman’s right to know what that choice may mean.