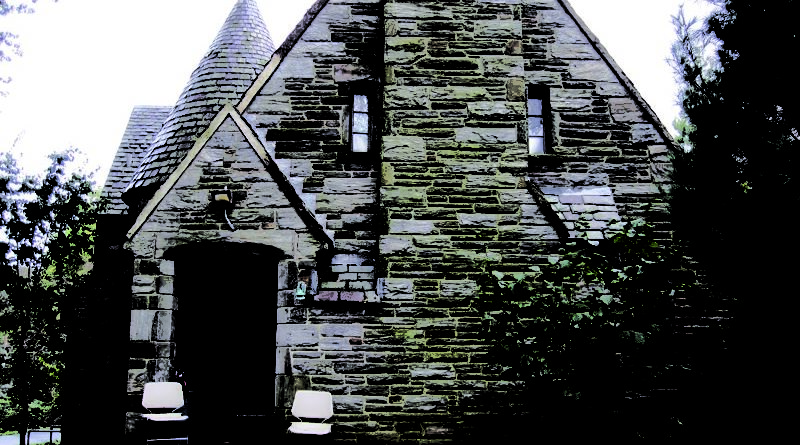 Two weekends ago, an event hosted jointly by Enlace and Olde Club was shut down when it began to stretch into the hours of early morning, despite its party permit stipulating the event end at midnight. The ensuing argument over the party’s ending time resulted in one of two reported incidents of physical force used against Party Associates (PAs) this semester.

Enlace — Swarthmore’s Latin American student organization — and Olde Club joint-hosted a series of shows and musical acts that had been authorized to run until midnight on Saturday, September 17.

However, the event showed no signs of relenting at midnight, as its hosts subsequently planned for it to last until 2 a.m., at which point there would have been no PAs left to ensure the event’s safety.

“The two PAs at Olde Club contacted me at around 12:15 a.m. to tell me about the situation,” said David Hill ’13, one of the two PA coordinators on campus. “I was on duty at DU [Delta Upsilon] at the time, so I rushed off to see what was going on and double-checked the party permit for the event.”

Party permits — documents that authorize on-campus parties, shows, and other events involving alcohol — are kept on file by Thomas Elverson ’75, Swarthmore’s Alcohol Education and Intervention Specialist; the host of the event in question; and Swarthmore Public Safety, who may intervene if the event spirals out of hand in any way. According to Hill, Elverson and Public Safety’s copies of the party permit for this event stipulated the event run from 9 p.m. to midnight; however, the hosts’ copy of the permit allegedly read that the event would run from 9 p.m. to 2 a.m., which led to the subsequent confusion.

“With the party over [at midnight], I actually had already switched to PA-ing the DU hootenanny for the rest of the night, which means that the party had no PAs,” said Chele Harrington ’12, a PA on duty at Olde Club that night, “which Swarthmore has mandated to be a condition of hosting legal parties on campus.”

Hill initially talked to Olde Club and Enlace individuals present at the event, and when they could not reach an agreement, Hill proceeded to contact Public Safety.Upon their arrival, Public Safety officers again attempted to settle an agreement with the hosts for the event to end early.

Upon the hosts’ refusal, Public Safety asked Hill if the event could continue; Hill declined because of the lack of employed PAs present at the event. At approximately 12:45 a.m., Public Safety began taking more forceful measures to halt the event, and by 1 a.m. the event’s participants had cleared out.

The weekend before the Olde Club incident, an on-duty PA was shoved. Hill declined to give details about this earlier incident of a party-goer acting aggressively toward a PA.

Elverson attributed the Olde Club incident as a one-off that transpired through a simple misunderstanding. “I believe it was a clerical error or a communication mistake that led to the closing of that event at midnight,” Elverson said. “All is rectified now and future events are all set at Olde Club. Olde Club has a new party permit and last weekend went very smoothly, I understand.”

Hill also characterized the incident as a misunderstanding that could have been easily avoided, although he did not approve of the alcohol-induced aggression that the event’s participants reacted with in response to his efforts to shut down the event.

“I think this incident was just a simple misunderstanding, spurred on by alcohol,” Hill said. “But this was the second weekend in a row with belligerent behavior towards PAs. When drunk, a lot of students don’t recognize that PAs are fellow students, not trying to prevent them from having fun, but trying to help them be safe. I hope that this kind of understanding is promoted in the future.” Hill, who is now in his second semester as a PA coordinator, said he had never seen this type of aggression directed at PAs before.

When asked whether concrete changes to the PA system could help avoid such instances of violence in the future, Hill was pessimistic. “Unfortunately I don’t think there is much that one can do [other than promoting greater understanding of PAs]. The presence of intoxicated individuals provides a variable that cannot be easily controlled for,” Hill said.

Olde Club’s co-director Tayarisha Poe ’12, who also attributed the incident as down to a “clerical error with the permit,” concurred with Hill that a greater empathy towards PAs would alleviate the situation.

“All parties involved have discussed the situation in order to ensure it won’t happen again,” Poe said. “Why isn’t the student body involved in a wider conversation about the fact that PAs aren’t here to stop fun — they’re students, just like us, whose concern is to keep us all safe. We’re all peers, let’s not forget that.”