Campus Journal » Things To Do Now That Frats Are Gone 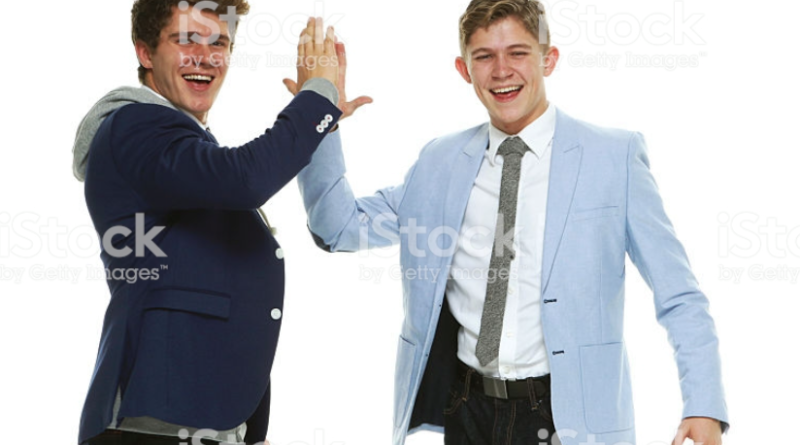 As most students are aware, YikYak ripoff Looped has burst into relevance over the past few weeks after a large number of students received an email with an anonymous complaint about the Swarthmore party scene. Many people complain that Looped has become a toxic online space, where people voice their complaints, desire for narcotics, and sexual frustration freely. Those students claim that Looped has been a detriment to campus life. I, on the other hand, would like to thank Looped. After all, the app has brought to light a crucial question: what does remain of the Swarthmore party scene after the dissolution of frats?

So let’s say you’re a pro-frat Swattie. You used to spend every weekend getting absolutely crunk at DU (at least, you think so? You don’t really remember most of them). Then the PC Police came in and totally cancel cultured your harmless fun. Now what is there to do on campus? Don’t worry, I gotcha covered. After some weeks of research, I’ve discovered that there actually are non-party related activities on campus. Here’s a list of fun ideas for how to turn your fratless life into a life worth living.

Having friends is a great way to not be bored on the weekends! Need a tip on how to snag some buddies? Here’s how you start: Don’t victim-blame.

Remember all those friends you made when you were being respectful of survivors? Bake a cookie cake with them! Everyone loves a cookie cake.

3. Fight against oppression of marginalized groups

If you’re full of anger and O4S is the only place you had to direct it, dare I suggest some alternatives? Instead of blaming the survivors of sexual assault for your lack of a social life, why not direct your pent-up rage at the Israeli occupation of Palestine, mass incarceration, and homophobes?

There is literally nothing more fun than the most thrilling word-based board game of all time. Wanna get really wild? I got a hook up with a five-by-five board, as opposed to the usual four-by-four. You know. The good shit.

5. That reading you haven’t done yet

You’re taking an English class for a writing credit and you’ve never done any of the readings. Still, you chime in every class and you think no one can tell. Everyone can tell. Surprise your classmates by doing the reading this time! They’ll appreciate your willingness to go the extra mile and do exactly what is expected of you when you sign up for a class.

6. Host your own party

Fun fact! The only difference between a frat party and a party in an all-campus space is that one of them is at a frat. And if you host your own party, you can even buy alcohol that isn’t beer that tastes like stale ginger ale, and you can drink in a house that doesn’t look like it’s haunted by the ghost of a very unfriendly high school football player.

They definitely have parties there. If you wanted frats I honestly don’t know why you chose a school that was known for its lack of parties. I mean, that just seems like a lack of research on your part.

There’s a whole world out there, man! And considering where this whole climate situation is going, there won’t be for much longer. So put down that Smirnoff Ice and take a walk through the Crum. Ponder your existence by the creek.

It’s actually more or less the same as joining a frat, except not as inherently misogynistic.

10. Schedule a Visit to the Dentist

I’m just saying, you’re probably due for an appointment. You should get on that.

I don’t actually personally endorse this one; I just know that literally the only things y’all want to talk about on the Looped bullshit are the frats and molly.

Crocheting is fun, easy, and does not involve defending institutions that have been homophobic and sexist since their inception. Hit me up and I’ll show you how to make a granny square quilt.

It’s not that I recommend this. It’s just that it’s better than defending the frats.

I just feel like y’all aren’t getting enough Vitamin C, ya know?

I don’t know about y’all, but this is what I’ve been doing with my weekends since I got here! It’s been surprisingly cleansing. Gotta release those endorphins. Afterward, you can treat yourself to a Crumb milkshake. Life is good.

If you’re a cishet white man, this is always a good option.

Hopefully you found something on this list that speaks to you! Even if you didn’t, there are countless things for you to do that do not involve anonymously victim-blaming online.

One thought on “Things To Do Now That Frats Are Gone”