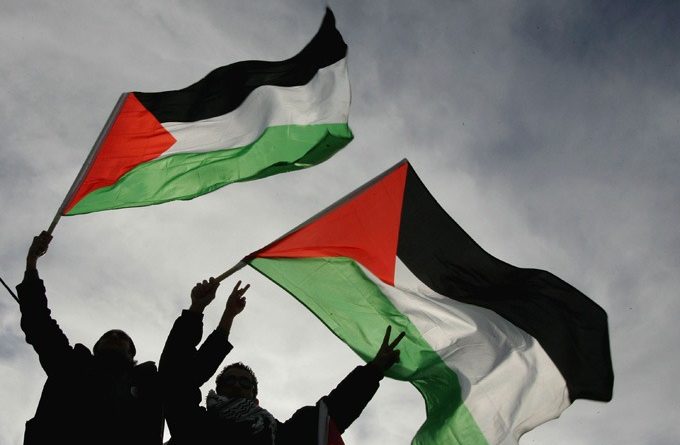 The question with which Israel consistently grapples is: what should we do with the land between the river and the sea? I claim the state’s actions with regards to this question are perpetuating the principles of apartheid.

Karl Marx’s piece “On the Jewish Question” promulgates the conception of incompatible identities, specifically with respect to citizenship. A hegemonic figure situated at the center of the canon, Marx and his theories are deeply ingrained within the realm of academia, required reading for most classes engaging in an overview of political theory. In “On the Jewish Question,” Marx places himself in conversation with Bruno Bauer, a German philosopher and historian. Bauer asserts that “by its very nature, the Christian state is incapable of emancipating the Jew” because “by his very nature the Jew cannot be emancipated. So long as the state is Christian and the Jew is Jewish, the one is as incapable of granting emancipation as the other is of receiving it.”

Although published in 1844 about Jews attempting to achieve civic and political emancipation in Germany, “On the Jewish Question” holds innumerable modern applications. The premise of the piece centers around whether or not Jews can gain citizenship in a theological, Christian state. Within such a state, Bauer argues that it is impossible for the Jew to become a citizen because the Jew, simply by virtue of being Jewish, cannot realize or meet the qualifications for citizenship. Marx explains how defining the state as Christian relegates Jews to the outside of, and in opposition to, the state due simply to their existence as Jews. The creation of this dichotomy between identity and citizenship continuously and intentionally excludes certain groups from attaining full citizenship or rights. I believe it is through this very project of defining certain identities as antithetical to a state and its goals that serves to exclude and reserve entry into the full realization of even human rights to a select few.

Marx’s theorization of this Jewish question arises quite saliently in the context of Israel/Palestine. Monolithic states intended for one people and one people only will end up turning –– by nature of their construction –– to apartheid laws. A Jewish state permits citizenship for non-Jews –– the majority of whom are Arab –– but not equal rights; by virtue of a non-Jewish person being a non-Jew, their identity is antithetical to the existence of the state as one that was built for Jews. Although Arab Jews living in Israel proper possess the same legal rights as any other Jewish Israeli, they face countless instances of racism stemming from discriminatory practices ingrained into a state that has set itself up to condone oppression of a people. If a person in a state intended for one people does not possess that identity, there is no possible way for them to achieve full citizenship within that state. It is for this reason Israel remains in possession of apartheid laws.

This summer, Israel passed the Nation State Law, which states that “the right to exercise national self-determination” in Israel is “unique to the Jewish people;” establishes Hebrew as Israel’s official language, downgrading Arabic to a “special status;” and defines a “Jewish settlement as a national value,” mandating that the state “will labor to encourage and promote its establishment and development.” These laws, among other existing ones that favor Jews over non-Jews even in Israel proper, define Israel as an apartheid state that has different laws for different people.

I support Palestinian human rights and condemn the actions and existence of a monolithic, apartheid state because I am a product of generations of people who were wiped out in concentration camps. Because I am Jewish, there is a nation state in the Middle East who would welcome me as a national, who claim to be “my people,” who are perpetuating evils in the name of my religion. As such, I believe it is my responsibility to condemn the fact that the losses of Palestinian lives are glossed over in the international media, described in the passive voice, mentioned briefly or often not at all, conveyed as nameless individuals undeserving of a story.

Addressing the difficulty to separate anti-Jewish statements from anti-Israel ones is nuanced. Anti-Semitism is horrific, and something I will never condone, yet it is possible to both fight against this practice and critique the state of Israel. I resent the conflation of “Israeli” and “Jewish” or “Jewish” and “Zionist” — conflations the state of Israel often and intentionally perpetuates. I also believe the Israeli state does the global fight against anti-Semitism no favors by appropriating Jewish culture as the reason for which it enforces apartheid laws and occupation.

I call upon Jewish people to take seriously the fact that an implementation of apartheid laws and occupation are being done in the name of Judaism. Nazi Germany began with an apartheid state; Jews throughout history have been victims of states who claim their identity to be antithetical to ours, of states that kick us out and throw us away and decimate our populations and consider us a question. Fully cognizant of Jews’ historical existence as the direct object in Marx’s theory, the Zionism-fueled right wing Israeli government finds itself in possession of what can easily be called the Palestinian Question. It is this question that strongly influences the current Israeli administration’s decisions regarding the land between the river and the sea.

And in the context of this question –– a context that nearly always leads towards an attempt to exterminate a people –– lies the unforgivable truth: that in the quest for one state for one people, Israel has emulated the memory of the oppressor that Jews have always feared and have always run from. This oppressor, who requires a single people control a nation and deliberately reduces another population to a question, is one from whom we have rarely been able to escape with our lives.