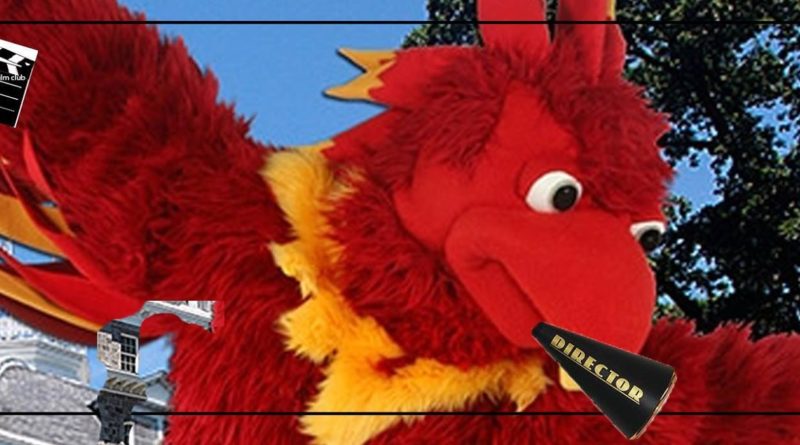 On Friday, March 24th, the Swarthmore Cinema Club took over Hobbs Coffee after hours to begin shooting for their first film project: a short narrative piece entitled Ties. The next day, at close to 10 PM, the shooting wrapped. It was the end of a long struggle to simply begin the production—a struggle that became even harder with the death of Sam Jenkins ‘19, the project’s on-set boom operator. But shooting footage was only the beginning: the postproduction process remains in progress.

It’s astounding to think that only a few months ago, the Cinema Club did not exist—and would not exist if not for the efforts of its indomitable founder, Ariana Hoshino ‘20. “I knew I wanted to get involved with production when I came to Swat in a big way, but I wasn’t really finding what I was looking for in classes,” Hoshino said. “I was especially surprised when I found out that there wasn’t a formal club for film production, so I just started one.”

Hoshino was not taken aback by the interest which the club provoked. “Filmmaking is unique in that there is some part of the process for everyone,” she said. “I can’t think of a discipline that can’t be applicable to the filmmaking process.”

Hoshino says that part of her goal was to make filmmaking accessible to non-film majors. Another member of the club, Alexander Laser ‘20—who wrote the script for Ties—had never previously written a screenplay. The script, which focuses on an unexpected connection forming between two young men working in a cafe on Christmas, was inspired by Laser’s own experiences as, in his words, a “rather lonely gay Jew.”

“I started working on the script right between Christmas and Valentine’s Day,” he said. “Those are two holidays that are really terrific if you have someone to celebrate with, and somewhat excruciating if you’re alone… I had never really experienced the good side of either holiday, and as a result I was feeling a bit isolated. More than anything else, I wrote this script to cheer myself up—to remind myself that it wouldn’t always be this lonely.”

Laser described watching his words come to life as a “surreal experience.” “I often found myself spacing out as the scenes were being filmed, because I never really expected to hear the words I wrote actually come out of someone’s mouth,” he said. “Even though these were actors and not people in a real situation, it felt so much more real to me than words on a page ever could.”

He added that watching the process play out gave him a sense of perspective. “The short film we’re making is a tiny no-budget production, and so many different people were involved. We had lighting people, cinematographers, audio people, script supervisors, actors, and more. I can only imagine just how much more complex a big-budget movie is, both equipment and personnel-wise.”

Hoshino, however, is only looking forward. When asked where she would like to take the club in future, she replied, “Sundance.”

“It would be an absolute dream to see this club really make an impact on the Swarthmore community,” she said. “I love filmmaking and I want to share that with as many people as I can–hopefully it will become a permanent presence here so, when I leave, people can still have those opportunities to make something meaningful and have a little productive fun outside of class.

“I would also like to mention that there is no greater joy than teaching someone something and seeing it become their passion. It’s not every day that you get to change someone’s life like that, and if there is any way I can do that for just one person on this campus, I will,” she said.

Ties is due to be released in early April, once the editing process is complete.