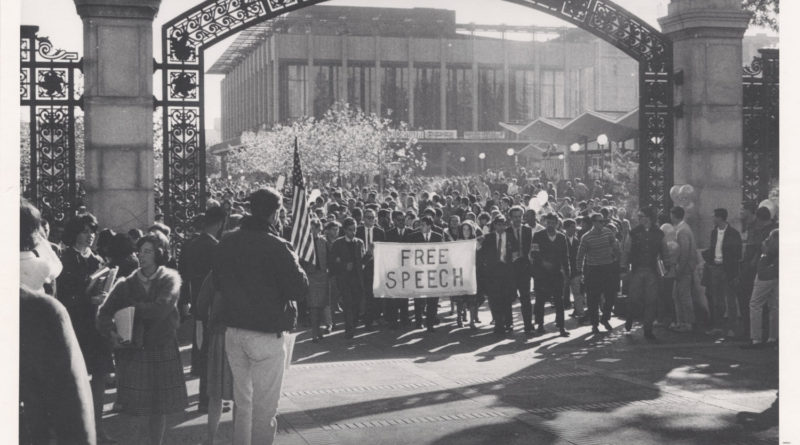 I’m not here to analyze the myriad of causes that left us with a president-elect Donald Trump this past Tuesday, but I am here to highlight one very important role that we, as students, and our institution can play in fighting his policy agenda for the next four years. Trump’s election made it clear that the societal forces advocating for the abandonment of tolerance, civil liberties, and the most basic safeguards against tyranny are not going anywhere soon. Vile attacks on free speech, religious minorities, immigrants, judicial impartiality, and the fundamental rule of law were omnipresent in Trump’s campaign and they have become commonplace in the lexicon of our political dialogue. Trump, as a candidate, went so far as to declare that the First Amendment allows the press to “say whatever they want and get away with it,” supported harsher libel laws, and argued that the first amendment ought to be reformed. In the age of Trump the importance of civil liberties, like free speech, must be restored on college campuses and in the nation at large.

The basic rights that civil liberties afford a citizenry are enshrined in law to protect those who cannot defend themselves through sheer force and power, economic or otherwise. They are a lifeline for the most disadvantaged people in society. Free speech has formed the basis for all successful social movements in this nation’s history, even when the notions they represented were deemed dangerous, offensive, or threatening. The ability of any community to defend itself against injustice rests in the maintenance of free speech.

When offensive speech is shut down in times when tolerant leaders hold power, we lose the ability to identify those who hold dangerous ideas, and we force pockets of hatred to fester under the surface instead of eliminating them through open dialogue. This is the danger of suppressing offensive speech on college campuses. By sweeping it under the rug and shutting it down, we fail to properly measure the sentiments of our campus and broader society, and we are left shocked and stunned when the electorate rejects the ideas that are perpetuated, unchallenged, in our liberal bubble. When we fail to engage, when we shun, when we shut down, we lose.

But what happens when the those in power aren’t progressive and tolerant of sexual, ethnic, religious, and racial diversity? What happens when they believe that those very identities are a threat or when they label their expression as “hate speech” against traditional values? What happens when the protections of free speech are no longer present to provide an outlet for expression and a bulwark against repression? Civil liberties, such as the freedom of speech, ensure that basic democratic protections are not up for legislative debate. Their removal through democratic means would constitute a perversion of democracy. To undermine freedom of speech would be akin to a democratic suicide, if you will. The ability of a Trump presidency to legally rollback the protections that free speech and other civil liberties afford is limited, but the threat is real. To fight back, free speech must be re-instated as a fundamental value that we must fight for in its most absolute form, in all places and at all times. If we suppress conservative, distasteful, or offensive speech, we can claim nothing but the mantle of hypocrisy when we attempt to challenge repression under a Trump presidency.

On college campuses across America, including here at Swarthmore, free speech is increasingly cast aside for the sake of political and social convenience. Even more paradoxically, it is done so under the guise of protecting the disadvantaged. This notion is enshrined in our own code of conduct, which includes a ‘bias response’ protocol, where bias is defined as “any belief, attitude, behavior or practice that reflects an assumed superiority of one group over another,” and harassment constitutes “unreasonable, unwelcome conduct” based on a long list of protected classes, and it “can occur in any form and can be directed at individuals or groups.” No doubt these limitations on speech are well intentioned, but unfortunately, these regulations are vague and ripe for abuse. Swarthmore’s code of conduct fails to respect any proper legal definition of harassment. Under such a policy, speech from a social conservative who disagrees with formalized gay marriage, political disagreements over immigration policy, and discussions of gender and sexuality at large could all constitute punishable ‘harassment.’ Even worse, the enforcement of such a policy is bound to be arbitrary and applied only when expedient. While students who demand speech restrictions in order to foster a “safe” campus are most certainly well-intentioned, they are actively dismantling the role of the university as a model for fundamental democratic values.

This is not a mere hypothetical; in the fall of 2015, several students were threatened with punishment for posting a photo with a distasteful caption on social media. In the spring of 2013, Robert Zoellick, the former head of the world bank, was pressured to withdraw as commencement speaker after a massive backlash from the student body. These are but a few examples of speech intolerance at Swarthmore itself; the list of disturbing incidents on colleges across America is staggering. If the protections that free speech afford were as decimated in the legal system as they are on college campuses, a Trump presidency would be infinitely more dangerous.

Fortunately, Swarthmore and other colleges can provide a more hopeful alternative to the fear and repression that Trump’s policy agenda entails. In early 2015, the University of Chicago adopted a policy statement on free expression, re-affirming its role in the university. In doing so, the committee stated:

“The University’s fundamental commitment is to the principle that debate or deliberation may not be suppressed because the ideas put forth are thought by some or even by most members of the University community to be offensive, unwise, immoral, or wrong-headed. It is for the individual members of the University community, not for the University as an institution, to make those judgments for themselves, and to act on those judgments not by seeking to suppress speech, but by openly and vigorously contesting the ideas that they oppose.”

Swarthmore has an opportunity to endorse the Chicago statement and rewrite its handbook policies to conform to the basic principles of free inquiry and free expression. History will judge us if we do nothing and sit by the wayside as political systems around the world allow free speech to crumble.

Trump’s election demands that now, more than ever, we defend the traditional principles of free thought and free speech. The protection of the most disadvantaged members of society is at stake. We cannot discount the role of higher education in this struggle; we are an intellectual moor for society. If we continue to engage in ideological intolerance and repress speech we find offensive and distasteful, we lose our ground to challenge Trump’s authoritarianism. If we let the principle of free speech slip under the waves of this present misguided political fad, we loosen another rivet in this sinking democratic ship.

If you would like to respond to this article or write an op-ed for The Daily Gazette, please email editors@daily.swarthmore.edu.