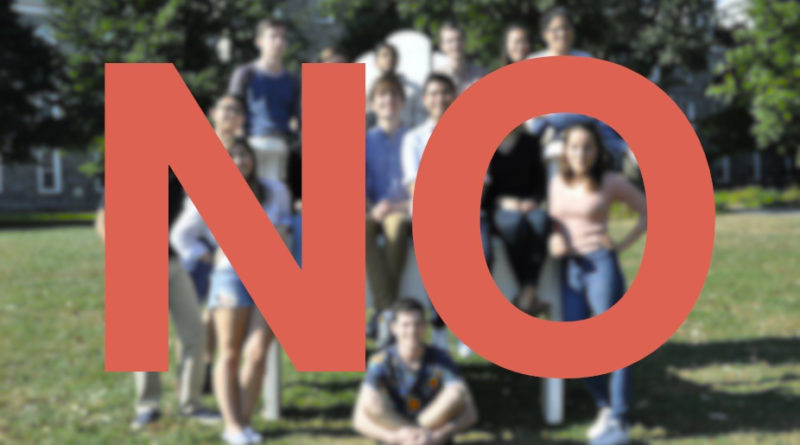 When voters go to the polls this Tuesday, in addition to voting for candidates, they will also have the option of voting on a ballot question. The ballot question is misleading, and you should vote NO on it.

The question asks voters to make a seemingly simple decision, “Shall the Pennsylvania Constitution be amended to require that justices, judges and justices of the peace be retired on the last day of the calendar year in which they attain the age of 75 years?”

Reading this question, it’s easy to assume that the amendment would create a retirement age for judges in the state, a proposition that most voters support. With this wording of the question, 64 percent of voters indeed support the amendment.

Unfortunately, the wording of the ballot question obscures an important truth. The current retirement age for judges is already 70 years. If approved, the new proposal would actually raise the retirement age by five years.

Voters clearly have a different impression of the change when they’re given this fact. With full knowledge of the Pennsylvania constitution, only 39 percent of voters support the change.

The Daily Gazette editorial board doesn’t normally endorse candidates or policies but this year’s ballot question is an exception. This amendment was so clearly designed to mislead the electorate that we feel the need to speak out.

Voters in Pennsylvania should send a message to Harrisburg that any ballot question that attempts to trick the electorate into voting against their true preference will be rejected. Passage of this ballot question would send an important signal that politicians can deceive their voters with no consequences.

Regardless of the merits of the amendment, The Daily Gazette asks you to vote NO. Supporters of the amendment should try again later, but next time they shouldn’t hide their true intentions behind opaque language.