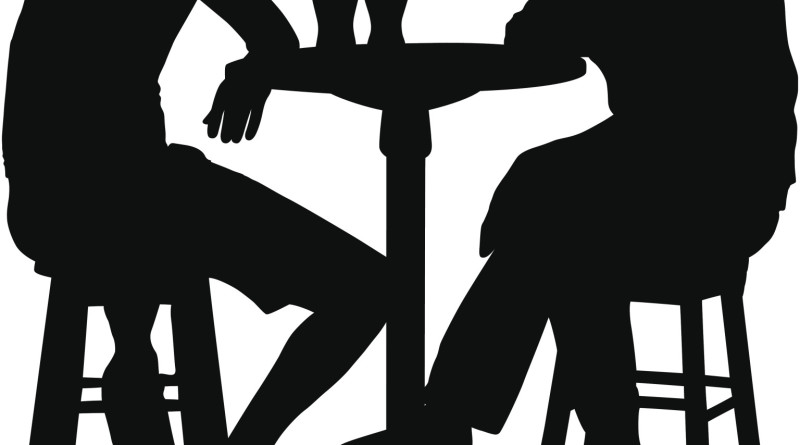 Back in 3rd grade, I was obsessed with Taekwondo. I took Taekwondo classes four days out of the week. I loved everything about Taekwondo. I genuinely loved it. But two months later I got sick of it. I couldn’t stand warming up before class. I rolled my eyes at my instructor. I told my mom to take me out of Taekwondo. And she did! To this day, I have never done Taekwondo again.

I’ve come to a realization that my 3rd-grade relationship to Taekwondo is the exact same thing as my junior year relationship to dating. I came into the semester eager-eyed and willing to meet anyone from Tinder who swiped right on me, but now I’m more content laying in bed watching Unbreakable Kimmy Schmidt while drinking a bottle of wine. Freshman year Channing Dateum may never have guessed this day would come, but here we are.

“How did I get here?” you may ask. After last column’s Haverboy date, I embarked on two dates in one weekend: one with an ex and another with my friend’s ex. Both dates were unremarkable. We had an enjoyable dinner with good conversation. We came back and “Netflix and Chill”-d, but I didn’t ever want more. There wasn’t an ounce of me that wanted to text either of them the next week and check in on how they were doing or plan something else—I had become jaded.

Maybe it’s because I’ve had such wacky dates this semester, from the technophobe vegan to the academically uninspired Temple student, that I find it hard to find guys who will provide as entertaining stories as they did. Maybe it’s because there are only so many bad dates to go on before you start feeling icky and alone. Maybe it’s because I’m burned out and would rather spend time with my senior friends rather than meet random men in Philadelphia. Honestly, it’s probably a combination of all of those things. But just like Taekwondo, I’ve had enough.

Before this turns into a big reflection of what I’ve learned this semester, I’ll shift gears and set out some big plans for my final column. Sure, I’ll recap everything and hopefully reflect on some big takeaways. But I want to finally tackle the Swattie date, even though I’m oh-so exhausted by all the dates that this semester has brought me. I will date a Swattie before my time as Channing Dateum comes to a close. So I’m going to crowdsource this one and not only have my last date be the ‘Swattie Date’ but also the ‘Blind Date.’ I’ll ask my closest friends to arrange a Sharples date a la Screw Your Roommate (though hopefully less awful), but I also want to open this up to YOU. Do you know any Swattie dudes looking to date another dude? Are you a queer Swattie looking to date a queer guy on campus? Message DG Arts Editor Sona Kumar (reachable at skumar1@swarthmore.edu, Facebook, Tinder, and more!) to set something up and we’ll do our best to make it happen. The date’s name will, of course, remain anonymous but why not give it a go and try and find love among the sunshine and pollen?

2 thoughts on “Daring to Date: Done with Dating?”