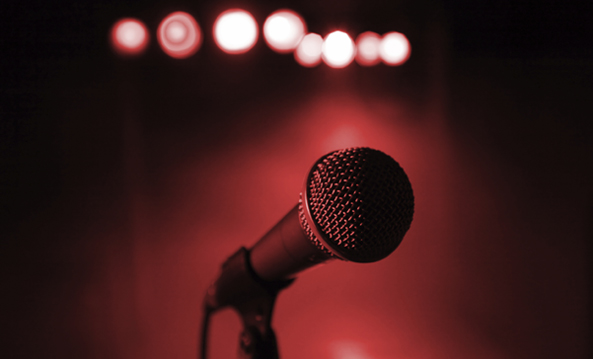 What is a Genre?  A genre usually refers to a specific type of music, writing or film.  In the case of music, it refers to a type of musical style, which includes classical, country, jazz, R&B/Soul, rock, etc.  The scope of its definition has expanded tremendously to account for even its time and geographical significance.  It is a living entity that is born, migrates and blends with other time periods and geographical locations throughout the globe.  The current nomenclature of music is still quite rigid as it fails to keep up with the ever-changing environments of local, regional, state, and national pop culture, as well as with the political agendas for various periods of history.  Overtime, there have been updates to these categories that change with trends of what is most commonly aired on the radio and with ‘new’ blends of styles that deviate from the ‘mainstream’. It is not a surprise to see various twists and spins of a particular genre or even the blending of various musical styles to create something new.

One popular example of an artist for whom the influence of his family background and upbringing is exemplified in his music is none other than James Taylor.  Born in Boston in 1948, his family moved to Chapel Hill, North Carolina in 1951.  He came from a family of musicians as his mother, Gertrude Woodard (1921-2015), was an aspiring opera singer before marrying his father Isaac M. Taylor (1921-1996).

He began with the cello, as inspired by his grandmother, and then picked up the guitar at the age of 12.  He started listening to hymns and carols and developed fingerpicking styles for guitar based off of his experience playing the cello.  His upbringing in the south as someone ‘from the north’ made him feel isolated at an early age.  There is a sense of this in his music, for as Ann Powers once aptly noted a melancholic feeling with a touch of “outsiderness.”  In fact, these feelings are peppered throughout his music through his lyrics and the way in which he enunciates them.  One of his famous songs “Fire and Rain” exemplifies that sense of mourning and melancholia as he expresses his reactions to his friend’s (Suzanne Schnerr) suicide, his struggle with drug addiction and depression, and his thoughts and reflections on the hardship he endured, the failure of his band The Flying Machine, on his rise to fame.

In Ann Powers’s James Taylor Is Not The ‘Whitest’ Guy You Know, she references a 1971 Time piece describing Taylor’s music “a fusion of the three black and white mainstreams of pop: the lonely twang of country, the pithy narrative of folk and the rhythmic melancholy of blues.”  I can certainly feel these different styles embedded within his music along with a strong emphasis on the pauses in his vocals as I feel the weight of the lyrics in moments when he is silent.  There is a stark contrast to moments when he sings with the soft Carolinian touch as he once again brings you up afloat feeling light like a cloud.

It is no surprise that Taylor (along with many other artists) have sung a number of pieces by Sam Cooke, who is revered as the father of soul music.  Like Taylor, his background in and his extensive exposure to Gospel and R&B music provided him with the tools and skills necessary to create and elevate the Soul genre.

Born in Clarksdale, Mississippi, Cooke was influenced early in his childhood by gospel music.  He was considered to be in a league of his own throughout the latter half of his teenage years as he became the lead singer of an American gospel group, Soul Stirrers.  Though appreciative of gospel music and the religious community, he wished to connect with audiences outside of the black and gospel community. His interest in producing popular music created tension with the gospel community as singing gospel music was considered a gift and a Christian’s duty, while producing popular music was frowned upon in addition to potentially lowering the gospel listenership.

After producing his first pop/soul song “Lovable” (1956) under an alias, Cooke was shortly kicked off of Soul Stirrers, which allowed him to make music under his real name.  This led to his first great single, “You Send Me” to hit No. 1 in the Pop and R&B charts.  It was with this single that he successfully combined the elements of Gospel and R&B into Soul.  After signing with RCA Records, his release of “Chain Gang”, another hit single filled with nuances of sweet and gritty melodies, created a kind of social conscience towards his work. His political and social environment increasingly became a major influence in his career as he was one of the very first artists who paved the way for contemporary and future African American artists to perform in a wider variety of venues.  The release of what is arguably his top single “A Change Is Gonna Come,” was inspired by the civil rights movement. This song, however, represented something much greater than that of the civil rights movement; through the story about a single generation and group of people, it served to represent a universal message of hope.

In comparing the development of James Taylor with that of Sam Cooke, Taylor’s personal upbringing in Chapel Hill and the influence of his mother allowed him to create his own niche of music. Cooke’s development in gospel music and exposure to R&B enabled him to create and pave the way of Soul music for future artists, forming a great legacy of stars such as Stevie Wonder, Marvin Gaye, Smokey Robinson and many others. For both of these artists, geographic location and culture played dominant roles in the shaping of their music. Political atmosphere and social discourse certainly played as secondary influences.  The nuances and fluidity of genres make music so evocative and universal; the power of music lies in its ability to link personal experiences with the greater scope of national culture, to serve as a catalyst in mobilizing political and social change as a cross-cultural unifier.