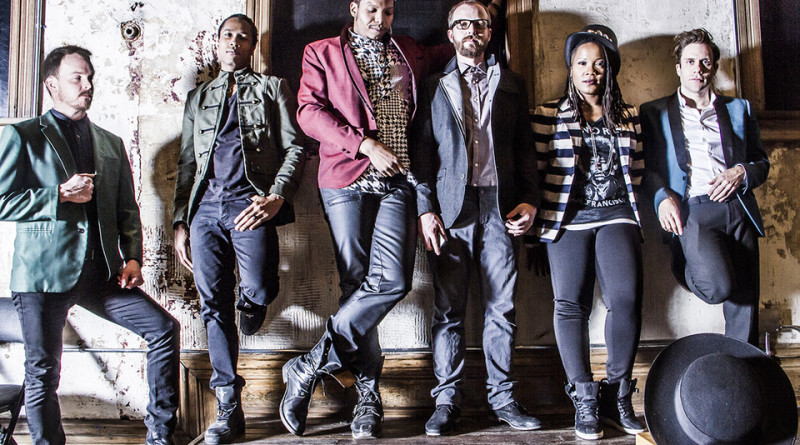 This past Thursday night, while many Swatties were mourning the absence of Pub Nite—only to be bitterly disappointed again on Friday with its cancellation—I attended a real pub night at World Café Live as it celebrated the twentieth reunion of Solas, an Irish-American band established in Philadelphia.

Over the past twenty years, Solas has produced eleven albums that have transformed people (like me) from being completely ignorant, if not indifferent to Celtic music, to being ecstatic about it. Their eleven albums explore a whole range of styles and traditions, from classic reels and ballads of Irish tradition, to timeless folk songs from Bob Dylan and Woodie Guthrie.

Their concert at Philadelphia’s World Café Live, the first stop on their tour through the United States, exhibited this spectrum of musical repertoire.

In 1996 when the band first started, it had five members. The group performed with five members again on Thursday night, but with only two of the original five: Seamus Egan (who plays flute, tenor banjo, mandolin, whistles, guitars, and bodhran—and yes, he plays all six of them flawlessly) and Winifred Horan (violins and vocals), have remained a part of the band over the past twenty years. Eamon McElholm (guitars, keyboards, and vocals) and Mick McAuley (button accordion and vocals) are long-standing members and have formed a sort of bedrock for the group. And finally, Moira Smiley (vocals and banjo) is the fifth member of the group and the youngest, having joined Solas two years ago.

The entire evening, which went for about two hours, was a joyous celebration. Sometimes, when I paused from my own revelry and looked behind from my second row seat out onto the café floor, I could see heads nodding and feet tapping to the irresistible rhythms of the music. Even the musicians themselves, whose energy and passion transformed into raucous pulses and twisting tempos, shouted spontaneously in response. The performance was a manifestation of pure, unadulterated joy and even when the group played songs like “Standing on the Shore,” a slower, more contemplative piece about watching the past recede into the distance, or “Lay Me Down,” a song originally written about war and human cruelties and the accompanying unconditional love for life, Solas revealed ultimate joy in these moments.

As the film “Inside Out” taught us this past summer, there are simply different variations of joy. Rather than exploring this theme through film medium, Solas does so through music.

Later on in the evening, when Seamus announced that the show was nearing its end, the audience groaned. “But we’re not there yet!” he shouted cheerfully. “EYYY!” And he threw his hands up. “But we are almost near the end…” And so the cycle repeated about four times (I kid you not).

The final song they played for their encore number was “Pastures of Plenty,” a classic for Solas. During the entire song, the members of the audience bounced around in their seats before jumping up to give the group a rousing last round of applause.

The sort of enthusiastic familial relationship Solas had with its audience at World Café, and as I expect it does with its fans in general, is one which I don’t expect to find with many other musical groups. Though Solas is an award-winning band that has garnered worldwide attention and respect, it still maintains a sense of humbleness that is truly in line with Celtic tradition.