Dating at Swarthmore is tricky, to say the least. If you ask people around campus, they’ll often tell you there are two types of Swarthmore relationships: hook-ups and “Swat marriages.” But what if you want something else—something casual, but romantic? An arrangement that isn’t fully committed but also is not simply based on drunken Paces hookups? What if you want to date? Well, I hate to break it to you, but dating is hard.

Swarthmore is a busy place and its hectic pace doesn’t necessarily lend itself to casual dating. How do I know this, you ask? Well I’ve finally crossed the boundary from fun underclassman hooking up into (hopefully) more mature upperclassman dating. I’ve experienced the spectrum of Swat dating: from drunken hookups ending with a freshman almost vomiting in my bed before my roommate walked in, to going on dates with a Haverford boy I met on Friendsy (remember that app!?), to a complicated official Swat relationship that ended messily. Listing all these dating mishaps isn’t meant to embarrass myself, but more to show you I’ve been there, done that, and I’m ready for something new.

I don’t want to present myself as a dating expert because I’m still figuring it out with everyone else. I make fairly embarrassing dating mistakes, but I try to keep going out for each new experience. Though I tell my friends that dating can be fun, and not entirely awful, most of them make the excuse, “Well, nobody has ever asked me on a date!” or “Won’t she think I’m weird if I ask her on a… real date?” That’s why I wanted to write this column—to show other Swatties that even though dating can have its scary moments, it’s also a process that can lead to personal growth.

I’ve learned so much from my dating mistakes, so I hope that someone can learn something from me writing about them. My goal is to go on a new date every two weeks this semester. That means getting off campus and sitting down with a potential romantic partner two times a month. That’s a scary prospect. Do I even have enough time for that? Well, probably not, but I’m doing it for YOU. And if all goes well in the course of this semester, I’ll learn more about myself and what I want than ever before.

So let’s start with Date #1. I met a pretty cool guy on Tinder: UPenn student, Puerto Rican, social justice-y, vegetarian. He checks off a lot of boxes. He’s taking me out to the standard dinner and drinks. Despite his less-than-creative plans, I’m hopeful. Though he’s not necessarily my type (I’ll be the first to admit that my exes include almost exclusively boring white guys studying even more boring subjects), I’m excited to take this chance and get this semester of dating off to a strong start. No matter if it goes well or badly, you’ll read about it here.

And for those of you hoping to change the trajectory of your romantic life this semester, maybe start by asking someone out for a bite to eat this week. I wouldn’t be going on a date this weekend if he hadn’t asked, so screw gender norms and ask someone out whether you’re a girl, boy, neither, or both! Text, FB message, or swipe right on that special someone and set up a dinner. After all, Valentine’s Day is right around the corner. So join me next time to hear about how my night with a UPenn hottie works out, and get some tips for scoring a date on Valentine’s Day even if you’re still single. 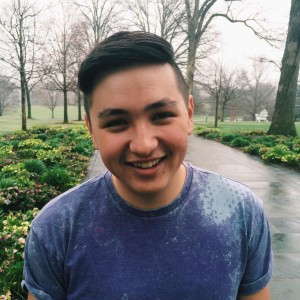 Daring to Date: Swooping, Hookups, and Other Swattie Things

You’ve just crossed over into the friendzone