Author’s Note: If you have opinions about my opinion, I’d love to chat. Contact me at mcheng2@swarthmore.edu.

Editor’s note: Katherine Timpf responded to this Op-Ed in the National Review on October 5. The response can be accessed here.

In the eternal words of Parks and Rec’s Ron Swanson, “I call this turf ’n’ turf. It’s a 16 oz T-bone and a 24 oz porterhouse. Also, whiskey and a cigar. I am going to consume all of this at the same time because I am a free American.” We laugh at Ron’s extreme libertarianism, exaggerated manliness, and cool exterior that hides an inner softie who would do anything for the people he cares about. We collect his truisms in listicles like “The 43 Greatest Ron Swanson Quotes that Prove He Might be Your Spirit Animal” (Why, Thought Catalog? Why?). He is a caricature of a meat-obsessed, never-cries, America-the-free man, but he is loved. This isn’t just because he’s on a sitcom that works very hard to develop all of its characters into uniquely lovable people, although that certainly plays a role. What’s also at play here is that he is a caricature of masculinity.

Misogyny dictates that masculinity is lauded, which is toxic to those who don’t exactly conform to our narrow societal ideal of manhood. Drinking beer is cool; drinking appletinis is gay and feminine (Scrubs, anyone?). Playing football is manly; playing in the marching band, doing theatre, or singing in show choir is nerdy: High School Musical and Glee are our finest examples. Drinking coffee is fairly universal in college culture — it’s popular to complain about not being awake until you’ve had your first cup, or to humblebrag about how many cups you have per day; it’s basic to drink pumpkin spice lattes.

Which brings me to my point. Why the PSL hate? Clearly, not everyone thinks that they taste bad or make you feel sick to your stomach. I myself have never experienced these ill effects. I sit here, in Eldridge Commons, wearing yoga pants and drinking my sugar-free pumpkin spice latte with soy milk (making fun of people who order drinks with long names is a whole separate issue, so I won’t touch on it here) that I ordered from the Science Center Coffee Bar just a few minutes ago. Frankly, it’s pretty delicious, and while not cheap at $3.25, it’s manageable every once in awhile. It’s a seasonal item at the school’s coffee bars, Starbucks, Dunkin Donuts, etc., which if you’ve taken Intro Economics, is simple supply and demand. If consumers expect that an item will not be supplied in the near-future, they’ll buy more of it while it’s available. In light of these factors, it’s hard for me to understand why some people think PSL enjoyers are out of their mind.

It all comes back to sexism. People love to hate on what girls like. When I was in middle school, people made fun of Uggs and North Faces and Taylor Swift. In high school and bleeding into college, people make fun of leggings (“they’re not pants! Your butt is showing!”) and selfies and Instagram and Pinterest and Lilly Pulitzer and flower crowns and crop tops and Grey’s Anatomy and mason jars and Starbucks and pumpkin spice lattes. It never ends. The PSL hate seems to me like a symptom of a larger problem: girls don’t get to have valid emotions (“You’re being irrational. Is it your time of the month?”) or likes/dislikes, especially if they’re considered “basic”. Even when they like something that guys like too, they’re accused of faking it to get male attention (fake geek girls, which is definitely not a thing).

If you’re hating on white girls because they’re white and subscribe to White Feminism or participate in classism or homophobia or ableism or cissexism, etc., excellent. I’m with you there. Just make sure you’re not hating on white girls because they’re girls that happen to conform in spite of everyone bashing them for it. Don’t, for the love of God, cite health as a reason — it’s not like bacon, burgers, and other manly pillars of food culture in America are “healthy”. Let girls be happy; liking something harmlessly popular is not inherently bad. 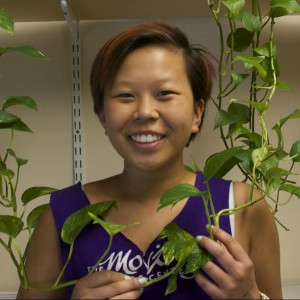