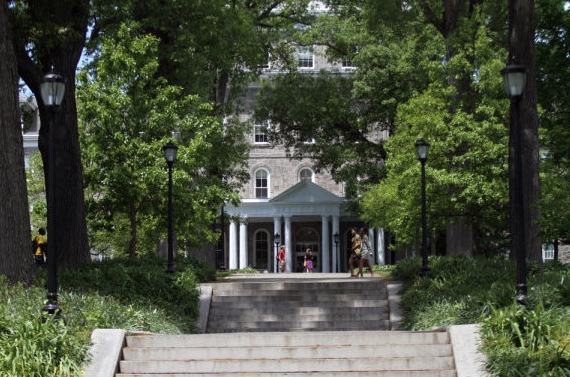 This semester, in an effort to increase student awareness of the work that the Student Government Organization (SGO) does, The Daily Gazette is partnering with SGO to provide notes on the weekly SGO meetings. If you are interested in attending the meetings, they occur weekly at 7 p.m. on Sunday nights in Parrish Parlors. If you wish to clarify or follow-up on any aspect of these notes, please contact an SGO representative.

On August 30, SGO gathered for their first meeting of the semester.

The first discussion of the evening was about the departure of Mike Elias, Director of Student Activities, who is leaving the college later this week. SGO discussed how they will discuss Elias’s departure with students and the transition of Dean Nathan Miller into Elias’s former position.

Next, SGO discussed their plans for Welcome Weekend, including the Activities Fair and the meeting for all student organizations on September 7, in which SGO will go over changes to the funding and chartering processes with club leaders.

Finally, SGO discussed Amendments to the Constitution, including removing SAC from the Constitution, having the full SGO meet twice a month and adding Chair of Visual and Performing Arts. These amendments were passed unanimously. An amendment proposing that vacant positions on SGO may be filled by a previously elected member of SGO was rejected.

SGO postponed the discussion of the amendments about chartering and budgeting to the next meeting.

On September 6, SGO gathered for their second meeting of the semester. The meeting began with a review of the Activities Fair, with members voicing that they felt it went well. Next, they discussed future elections, which will be completed by September 20.

Next, SGO turned to a discussion of study breaks and events. SGO is hoping to have one or more study break a month, with the first tentatively occurring on September 24.

SGO then planned an Organization’s Meeting which will occur on Monday, September 14 to go over the new funding system.

The next SGO meeting will be on September 13, at 7 p.m. in Parrish Parlors.