Arts & Features » Chalk It Up: It’s Great to be a Florida Gator 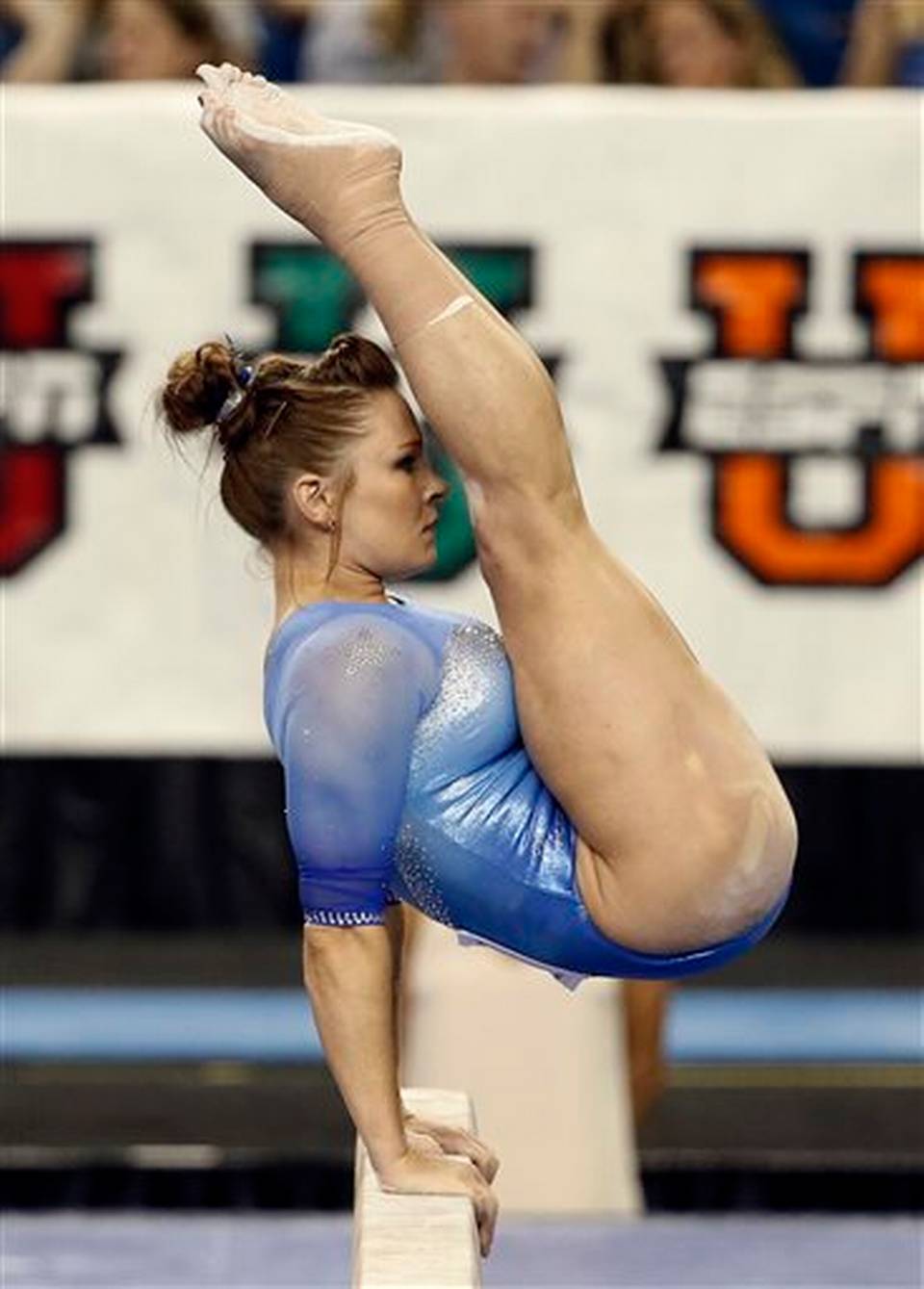 Last weekend, the Florida Gators won their third consecutive national championship. Over the past few years the Gators have had an incredible rise to the top of the NCAA. Before 2013, only Utah, UCLA, Alabama, and Georgia had won a championship. In 2013, Florida finally broke into this group. While they’ve always been in the mix at nationals, the past few years they have blown away the competition at almost every meet. Slowly but surely, Florida built up a huge mass of former elites who have pushed them to the top of the NCAA. In 2011, they started amassing former elites, including former US National Team members Mackenzie Caquatto and Randy Stageberg, and 2008 British Olympian Marissa King. This year, they have a hoard of well-known former elites, including Kennedy Baker, Kytra Hunter, Brigette Caquatto, and World Champion Bridget Sloan. Another one of their stars this year is Alex McMurtry, a hugely successful former level ten gymnast.

Over the past few years, Florida has become the go-to place for current elites, with almost ten current National Team members committed to Florida for the next few years. As a result of their success, Florida keeps scooping up talented elites that want to continue onto college gymnastics. I see them getting even better over the next few years as even more former elites join the team.

Their performance in the national championships this year, the Super Six, wasn’t their best, but it was enough to edge out a victory. They were mainly battling Oklahoma, who was undefeated this season, but the Sooners fell flat during the Super Six and were unable to pull off the win. Florida had a bit of a disappointing balance beam rotation to start off the meet, but were able to improve from there with solid floor and bar performances to bring up their score.

What I find fascinating about the Gators is how many elites they’ve been able to attract and how they’ve succeeded doing it. Elites certainly aren’t everything in NCAA gymnastics; Oklahoma relies mostly on a group of girls dubbed “ninja level tens” by popular gymnastics podcast Gymcastic. But Florida seems to recruit elites, and other high profile level tens, and use them well. Kennedy Baker, 2012 Olympic Trials competitor, has breathtaking tumbling and has performed incredibly well this year for the Gators. Bridget Sloan is one of their biggest stars and a former World and National Champion.

While I absolutely love watching elites continue onto college and compete in a more relaxed setting, I’m slightly concerned about the huge concentration of elites at Florida. I don’t want Florida to turn solidly elite and push former level tens out of the way. Additionally, having a huge concentration of elites at one college doesn’t let them all perform as much as they could at other schools. Of course, these gymnasts choose where they want to be, but lower profile elites that decide to go to  Florida often don’t make it into the competition lineups, when they might be stars at a school with less high profile gymnasts.

Over the weekend, Florida’s head coach Rhonda Faehn resigned to take a position as senior vice president of USA Gymnastics. Faehn will be working closely with gymnasts at all levels. This happened in the middle of my writing of this article, which certainly changes the tone. In considering Florida and their rise to the top, it’s also interesting to think about what role coaching plays in their success. In collegiate gymnastics, the athletes arrive at college with many skills, and in the case of elite gymnasts, actually end up watering down their routines. What’s interesting about Florida is that their success seems to have come at the same time as they picked up a staggering number of elites that come in with solid technique and many more hours of training than a typical level ten gymnast. It does make me wonder what the coaching was like under Faehn. Why couldn’t Florida succeed until they had this huge group of elites?

In any case, we’ll be able to see how this plays out when Faehn leaves. As I said earlier, there are a huge number of elites committed to Florida for the upcoming years, so it will be interesting to see who stays committed and who chooses to go elsewhere. Florida has built up an outstanding group of elite gymnasts that has dominated the college scene for the past few years, and it remains to be seen if this will continue post-Faehn.