Opinion » Op-Eds » Have we really sunk so low? A response to Philip Decker 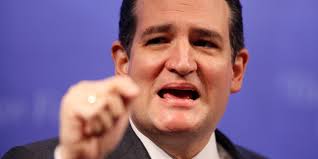 During my first week of classes at Swarthmore, I picked up a copy of the Phoenix, opened to the opinions section, and saw a column by Tyler Becker ’14 about “Mitt Romney’s Plan for America.” It was Fall 2012, the height of election season, and this was my first exposure to conservatives at Swarthmore. I thought his argument was absurd, filled with discredited Romney campaign talking points. I’m sure I made fun of his article to all my friends at breakfast. And throughout that semester, as Tyler continued to write columns promoting Romney’s campaign or (later) blaming Obama’s underhanded tactics for Romney’s loss, they continued to annoy and amuse me. So it’s strange that now, more than two years later, I find myself feeling nostalgic for Tyler’s columns. And while I’m sure some of that is merely rose-tinted glasses, I also think it says something about the evolving Republican Party, which — against all odds — actually seems to have become more extreme in such a short period of time.

The thing is, as much as I disagreed with Tyler’s columns, they did address the issues. My concerns with him were largely a matter of policy, not style. I eventually found out that Tyler was then the treasurer for a club I had joined, Swarthmore’s mock trial team, and it was easy to begin an honest exchange of ideas. We’d tease him about whatever argument he’d made that week — for example, his anger at Ohio governor John Kasich for accepting the Medicaid expansion under the Affordable Care Act — he’d respond, and soon there would be a serious discussion of the issues. Tyler’s arguments, both in person and in print, also seemed more strategically flexible than ideologically puritanical. He’d often concede a small point in order to strengthen a separate argument, or sometimes wryly acknowledge that, yeah, part of the Republican platform was completely indefensible.

So why this stroll down nostalgia lane? While reading Philip Decker’s column, “Historically, Democrats are the real bigots,” last week, I was struggling to figure out just what bugged me about it. I thought it was deeply misleading, it made me angry, I made fun of it to my friends, of course; but what about it did I find so objectionable aside from the fact that it promoted conservative views, and I am strongly left-leaning? Eventually I realized that what I grudgingly respected about Becker’s columns was exactly what so outraged me about Decker’s. This new column didn’t promote a viewpoint at all. It didn’t advance any conservative ideological goals, or Republican Party policies. It was nothing more than a giant accusation that the Democratic Party was hypocritical on matters of race.

And that got me thinking. We often talk about nostalgia for the Republican Party of the past, usually the moderates of the postwar era who promoted many policies that modern liberals would approve of. But reading Decker’s column, I find myself missing the Republican Party of three years ago. How pathetic is that? And certainly I don’t want to romanticize that era too much. I found the overwhelming majority of their principles and policies to be horrendous, as I do now. But I can’t help but feel like something has changed for the worse. There was a time, even during Obama’s first term, when an accusation of racism in the Republican Party merited a serious response. That response went a little something like this: “The Republican Party has an ugly history when it comes to race, but that has changed. We are a big tent and all are welcome. Now let us explain why we support restrictions on early voting.”

But now? When House majority whip Steve Scalise (R-LA) admitted to speaking at a gathering hosted by white supremacists in 2002, the Republican response was largely to make repeated references to Robert Byrd, just as Decker does. Of course, by the end of his career, Byrd’s voting record had a 100 percent approval rating from the NAACP, while Scalise’s most recent ranking was 21 percent (it has been as low as 5 percent). The actual policies promoted are irrelevant; what matters is the ability to accuse the Democrats of hypocrisy. Or what about when then-Senator Mary Landrieu (D-LA) noted “the South has not always been the friendliest place for African-Americans.” She said that racism was a thing. And Republicans demanded en masse that she apologize for this slander. In other words, the official Republican response to accusations of racism is now to deny it ever existed — in the same state where Scalise met with the white supremacists. Decker’s column makes no efforts to defend policies promoted by Republicans, nor does it address their current efforts to erase our country’s disgraceful history — a history he sees as primarily the fault of Democrats.

It’s possible I’m blowing these differences out of proportion. It’s possible that were Tyler Becker still a student at Swarthmore, he would applaud Decker’s column and disagree with everything I’ve written here. But I like to think he wouldn’t. I like to think that he’d try to defend the gutting of the Voting Rights Act on legal and policy grounds rather than by crying hypocrisy. I like to think that he’d devote his column to explaining his opposition to protests of commencement speeches rather than complaining, without evidence, that liberals don’t like classical music because dead white men created it, as Decker argued in his January 22, 2015 column. I don’t give the Republican Party of 2012 credit for much, but at least there was some willingness to debate the issues, even if only at Swarthmore. All in all, it’s unlikely that the Republican Party of 2012 really differs that much from the Republican Party of 2015. But these changes happen very gradually. If we don’t demand that Republicans defend their platform, then they will dictate the terms of the debate, and right now that debate is little more than a game of “I know you are, but what am I?” We deserve better.