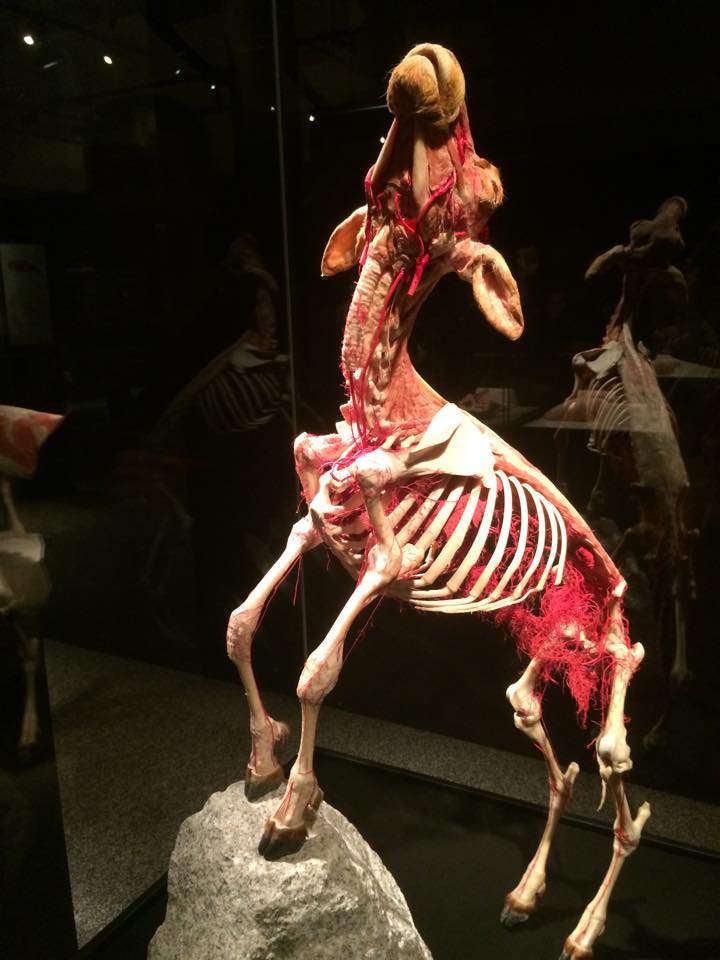 On any given day, it’s easy to go out to the zoo or your own backyard to see animals lounging around in their natural habitats. It’s not often that you get the chance to see the internal anatomy of a once living organism, unless you’re in biology class. And even then, who can truly say that they have dissected a ostrich or a cuttlefish? A new science exhibition at Franklin Institute in Philadelphia called “BODY WORLDS: Animal Inside Out” allows visitors to catch a glimpse into the fascinating inner world of various animals.

The “Body Worlds” exhibit does not kill animals for its displays. Instead, it obtains animal bodies from zoos and veterinary schools. A plastination process invented by Dr. Gunther von Hagens is most commonly used for preserving bodies or body parts. This allows for the bodies to retain their original qualities. Plastination begins with the dissection, and progresses with the removal of body fat and water through an acetone bath. The body is immersed in a liquid plastic filled vacuum chamber and finally positioned and hardened using gas, light or heat. This remarkable process prevents the animal bodies from decaying, hopefully for years to come.

The exhibit presents over 100 specimens from small to large, land to sea. You’ll find a complete plastinate of a giant squid, the nervous system of a normal house-cat, and slices of a giraffe among other well-preserved anatomical wonders that are on display.

The preserved cat, hare, and human brains allow observers to compare how differently-sized our minds are.  Skeletons of humans, oxen and horses on display prove how similar our bone structures appear. In one display, a horse head that almost looks painted red shows the shockingly great number of capillaries under its skin. Another shows the cross-sections of a camel, sliced so that the digestive system (complete with liver, intestines, and stomach) was completely visible.

All in all, the exhibit is incredible, impressively showing animals from a 2,000 pound bull to a tiny frog (with its intricate web of blood vessels completely visible). If you have a chance, stop by—the Franklin Institute is only about a ten minute walk from Suburban Station, and for only $20 (if you visit in the evening), it’s worth it. For more information, visit: https://www.fi.edu/exhibit/body-worlds-animal-inside-out