26-year old singer song-writer, Jillian Banks, could be called 2014’s best kept secret. Then again, with her debut album — a 60 minute collage of pulsing love, lust, and anti-love songs, now claiming the 12th spot on the Billboard Charts — the California native might be more of an open secret. Though still wanting for the breakthrough single that might make her a household name, BANKS’s year can be considered nothing short of spectacular. Going from the relative obscurity of last October to a year where she’s toured with The Weeknd and performed at Coachella proves her artistry is certainly in flight. Last weekend, she touched down in Philadelphia to show a full house what it all feels like.

As the clock ticked past 10, the angst in the room was unmistakable. Nearly two hours past showtime, awkward phone checks were interspersed by half-serious cheers of “We want BANKS!” Opening act, MOVEMENT, had indeed made fans of many in the room earlier in the night. The spine-tingling voice of lead singer, Lewis Wade, carried through crowd favorites like “Drunk In Love” and Mario’s “Let Me Love You,” as well as “Ivory” and “Us” from their own album. But the Australian heartthrobs proved a temporary solution. It wasn’t until the long stationary band that replaced them broke into the familiar rumble of “Before I Ever Met You” that the universal ache disappeared from our legs.

A mastery of suspense seemed to fit well with BANKS’s enigmatic image, as body and voice finally emerged from backstage. Clad in a surprisingly casual all-black ensemble, the singer poured heart and soul into the single that had started it all for most of her long-time fans. The audience seemed a seamless mix of diehards, shouting back the lyrics and first-time listeners who had quickly caught on. As the track wound down, the two instrumentalists broke into the outro riff that easily goes unlauded on the album version.

Before delving into the album’s opener, BANKS shared a few of her day’s adventures in the city of brotherly love, showing that there’s a very down to earth artist behind an album that happens to be named Goddess. Soon, with the Philadelphia crowd assured that the love that night was mutual, she dove into “Alibi.” As one of few tracks not released before the album, the crowd grew quieter. In that calm, she showed clarity in the higher registers of the song, quelling any doubts that she had overcome the shakiness of earlier live performances.

“Alibi” gave way to “This is What it Feels Like” and its painfully addictive refrain. BANKS’s music often seems to toe the line of dance-worthiness, leaving the listener a bit unsure. The live performance of this song destroyed that ambiguity. With each chorus, the lights reached full blast. On both the floor and the stage, energy was at a high.

“Brain” and “Goddess” served as a reminder of the album’s feminist tones. “Trying to look smart but not too smart to threaten anything they say” was a line shouted (not whispered) back from the audience. Bass-heavy, as every track before and after, BANKS belted out the highs of the chorus with visible passion. The wobble behind feminine anthem “Goddess” was also pleasing.

Thereafter, BANKS trailed into “F*** Em Only We Know” and a cover of Trey Songz’ “Na Na.” The former stands as one of the more forgettable songs on the album. Her live rendition was similarly unmemorable. “Na Na” struck very much like her cover of The Weeknd’s “What You Need.” Though sexy and undoubtedly a crowd pleaser, it took more from the original that it gave.

“You Should Know Where I’m Coming From” is the acoustic champion of the album. If her vocals were to shine anywhere in the set, it would be here. Though hitting a few noticeable pitch snags, the performance subtly channelled the 19-era of our long lost queen, Adele.

The mark of an extraordinary performer could be their ability to enamor an audience with even the less stellar songs. After hearing “F*** Em Only We Know,” I might have begun to write Jillian off by this definition of extraordinary. In this spirit, expectations for “Change” to impress were very low. However, it was by far the surprise of the night, both vocally and instrumentally.

“Change” then led into the delicious loop backing “And I Drove You Crazy.” As the melody replayed, the audience seemed to be begging for a climax–something which the track, though captivating from start to finish, was lacking.

Though the night was drawing to a close, the set’s momentum hardly wavered. Finishing with her three most popular tracks, “Drowning,” “Waiting Game,” (of Divergent soundtrack fame), and “Beggin’ For Thread,” the sincere comfort in her stage presence was evident. The three gave way to a roar at the end of the set which brought the singer back out for an encore. “I love Philly, so I’m gonna have to do one more,” said BANKS, after which she went into a performance of “Stick.” The song brought the floor back to the excitement of “This Is What It Feels Like,” and its thumping bass brought it just a little farther. The guitarist’s final Van Halen-esque outro set a tone of bittersweet satisfaction.

As attendees filed out of Union Transfer, it couldn’t help but feel like a final farewell. But there’s little doubt that this is just the beginning for Jillian. Noticeably improving with each show, this “Goddess” might need no introduction next time around. 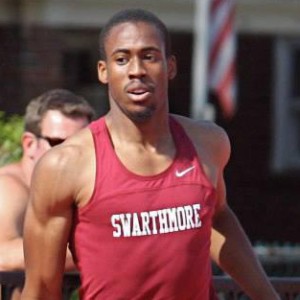