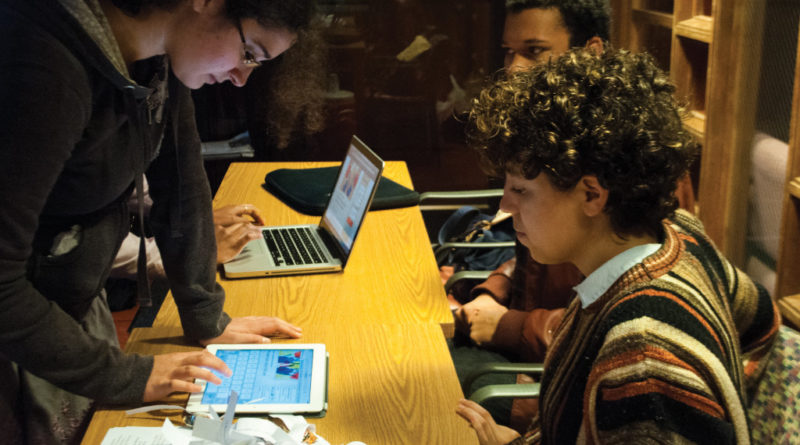 The Office of Human Resources and the Swarthmore Labor Action Project recently released its dependent care survey, which indicated that many of the college’s staff want additional childcare options from the college. Of the 958 employees on active payroll, 224 completed the survey (23 percent of total employees on payroll). The survey showed that 28 percent of staff and faculty who responded currently use childcare, and 41 percent of those staff and faculty are currently dissatisfied with their current childcare situation. Over half of respondents, when asked about preferences for childcare options, expressed a desire for an on-campus facility, with 58 percent expressing support for a subsidized on-campus facility and 54 percent supporting an unsubsidized on-campus facility. Thirty two percent supported subsidies for off-campus childcare.

The school’s website, however, states that the college is not currently considering on-site childcare and that this was an exploratory question.

Yumi Shiroma ’16, a member of SLAP, said that SLAP had been talking about the issue for a while before it decided to conduct a survey.

“We had talked to faculty and staff members individually who said childcare had been a large concern, but we thought it would have more legitimacy if we had more concrete data on it,” Shiroma said.

Ben Wolcott ’14, the most senior member of SLAP, believes that the college has an obligation to provide childcare to staff and faculty who need it. For him, the survey reinforced that.

“The survey was exploratory in nature, and Human Resources has been very clear about that the whole time,” Wolcott said. “We went into the survey to evaluate the need on-campus, with the expectation that if there was a significant need shown that we would campaign for whatever the survey showed a need for. Given the results, I think it would make a lot of sense for there to be an on campus childcare facility. All of our peer institutions have some sort of childcare benefits more robust than ours and Swarthmore should really be on top of that list.”

In light of the survey results, SLAP has created a proposal to meet staff and faculty childcare needs, which it hopes to get support for through a petition.

In its proposal, SLAP said that in the short term, the college should institute a generous means-tested childcare subsidy for its employees. Their long-term solution proposes that the college provide an on-campus childcare option for staff and faculty.

Pamela Prescod-Caesar, vice president for human resources, agreed that the survey results have been informative.

“Over the next few months Human Resources will continue to review, assess and further explore viable alternatives to assist college employees with child and dependent care resources among health and other benefit priorities,” she said. “The review will also include examining options to provide childcare subsidies.”

SLAP is holding a collection on May 2 to start conversations about endowment spending in general, in an attempt to build a coalition around groups that have had their needs unmet due to the college reinvesting money into the endowment. They also hope to generate awareness about the childcare survey and the petition.

“When there’s a need in the community and when issues have been raised by the community, there hasn’t been a lot of response necessarily on the part of the administration to meet those needs or talk about those needs,” Michaela Krauser ‘17, a member of SLAP, said. “Basically, this collection is trying to raise awareness about this dynamic as it exists in the college.”

Donna Jo Napoli, professor of linguistics, will lead one of the discussions at the collection. She has nine years of experience working at nursery schools and believes that a commitment should be made to upholding a decision that the entire college, including the Board of Managers, made long ago. Roughly $300,000 in funds were allocated to start an on-campus daycare center in 1988, but it was not built. The issue has been largely ignored since the Women’s Concerns Committee was disbanded in 2002.

Carol Nackenoff, chair of the political science department and a former member of the WCC, believes the college should offer full-time high quality daycare for faculty, staff and any students who need it.

“It is extremely hard to be the primary caregiver of children and do your job here, and I believe the burden still disproportionately falls on women,” Nackenoff said.

Nackenoff recalled a meeting in 2001 in then-President Al Bloom’s office when the college was looking at possible uses of the fund allocated to the daycare center. The WCC had been looking at the possibility of using some vacant land in Morganwood, which the college had acquired, to build a daycare-eldercare facility, before it was abolished in the name of workload reduction.

“I do find it curious that we were on the trail of what I thought was an important possible breakthrough and the committee gets disbanded,” Nackenoff said.

Prescod-Caesar said that the funds were invested in a restricted endowment, which provides an annual distribution.

“During the first few years the fund was moderately utilized by employees to assist with childcare costs; however, the fund has been inactive since 2001,” she said. “The current balance of the spendable childcare funds available is about $200K.”

Napoli is happy to see students being continuously active and aggressive about the issue of child care.

“Often it’s easy for an administration to ignore students because they’re going to graduate,” she said. “But this looks like it’s not going to die, and that’s wonderful.”