My mother once told me about when she became a vegetarian. She was twelve years old and decided to do it with her friend. Then one day, the friend came to school and said, “I’m still a vegetarian but I had a Big Mac.” Common sense would tell us, just as it told my mom, that this meant her friend wasn’t really a vegetarian, because vegetarians, by definition, do not eat meat, let alone Big Macs.

Looking back on this story, I wonder: are men the Big Macs of lesbianism? Or rather, by hooking up with a boy do I give up my identity as a lesbian, an identity that I’ve worked so hard to construct for the past year and a half?

What does it take to define one’s sexual orientation?

I often tell others that I’m gay, but I still hook up with boys from time to time. Online sources have deemed me a four on the Kinsey scale, but I argue that I’m more of a five. If/when I get with a guy, my friends joke that I’m “a terrible lesbian.” Sometimes they ask if I’m bisexual.

If a straight-identified person gets with someone of the same sex, does that make them gay? I know and have encountered plenty of girls, both at my all-girls high school and at Swat, who hook up with other girls (on purpose, might I add) and still identify as heterosexual. But here’s the thing: if Katy Perry kissed a girl AND she liked it, it’s kind of hard to believe that she’s not even just a little bit queer. (Note: I do not know the actual details of Katy Perry’s sexual orientation or sex life.) But why is there that assumption, you may ask? After all, hot women touching each other in public is extraordinarily and kind of weirdly appealing to the heterosexual male gaze.

Could it be that straight women get it on for the sole purpose of attracting attention?

Maybe. But this is not something that exclusively happens in public. I’ve had my fair share of sexcapades with straight girls, and they were definitely not ever in the hopes of showing off in front of some guy. In fact, almost all of these interactions were behind closed doors.

What astounds me more is that one is capable of having this new sexual experience and enjoying every minute of it, but still maintaining a label that supposedly limits their object(s) of attraction to just one sex or one gender. See, I like to think that girls are like spaghetti: that is, “straight until wet.” Because how can you like something so much and not want more of it? At this point, I totally sympathize with Tom’s point about flipping: “There’s always a seemingly good reason to try.”

I realize that this sexual exploration that I speak of, or this “deviance” from a previously claimed identity, or whatever you want to call it, seems to be more common and/or maybe more acceptable among women. I don’t think I’ve ever met a straight dude who has had a voluntary experimental sausage fest. Now, part of that may just be me knowing a grand total of, oh I don’t know, five or six straight guys, in addition to my social knowledge devoid of the traditional homecoming, football games, and whatever else happens at co-ed high schools and normal colleges/universities. I also don’t know of much, if any similar situations depicted in the media. Again, that could still be my own gendered bias and experience.

I can’t decide for sure if and/or how questioning one’s heterosexuality differs from questioning one’s homosexuality, for lack of a better word (I wasn’t about to say ‘gayness’). See, the thing about a dyke getting dick and consequently reevaluating the aforementioned dykiness is that she is potentially tiptoeing towards something that is a more privileged and acceptable part of mainstream societal norms.

Additionally, lezzies and gay men who are thinking about hopping back into the straight (or bisexual) game have to struggle with the whole notion of re-questioning their once firmly established “deviant” sexual identity.

Ultimately, it seems that just as a Big Mac can make or break a vegetarian, it can seriously complicate the identity of a vagitarian. However, vegetarianism is significantly less fluid than sexuality. I mean sure, there is some sort of spectrum for non-meat eaters, but in the end it is quite difficult to compare the two types of eating out. 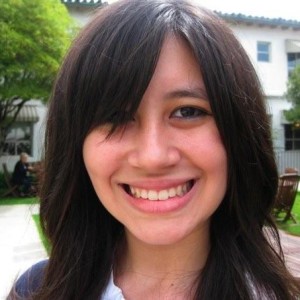 Demystifying the facts and myths of scissoring