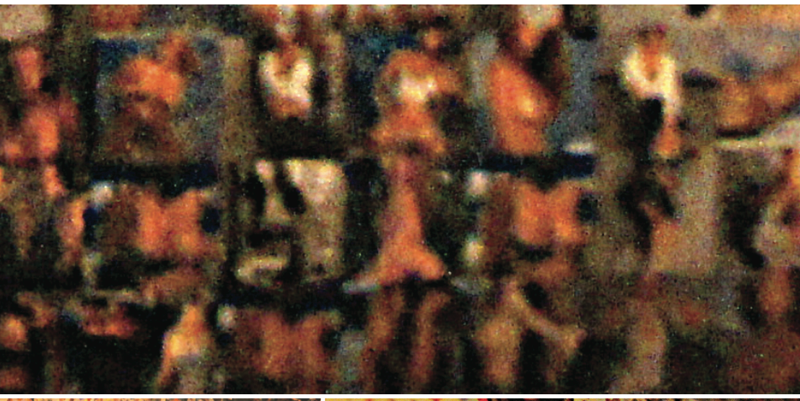 This weekend, a pledge from Phi Psi fraternity posted a picture on his Facebook account of the fraternity’s recently distributed bid: a photo mosaic of naked or near-naked women. Phi Psi has used the same mosaics for their bids since at least 2006.

The bid, or invitation to join Phi Psi, was seen by Allison Hrabar ’16, who posted it on her wall. Within hours, the photo attracted widespread attention from college students and even outside media outlets, including the Philadelphia Inquirer.

“It really bothers me that [the fraternity brothers] don’t seem to be bothered by this,” said Hrabar.

In response to the revelation, a group of students created a petition that asks the Student Budget Committee to deny funding to the fraternities until there is at least 10 percent female membership and the fraternity has changed its policies to open membership to all students.

The group also re-printed the photo with captions such as, “This is misogyny,” and “This is heteronormativity,” and posted them around campus.

“Throughout these conversations about the fraternities, people have been reiterating that the Swarthmore fraternities are different and that a few bad apples are changing our perception of how people look at us, but they’re not all like that,” said Marian Firke ’14, one of the students involved with the campus-wide petition. “But to decide as a group that that’s how they want to promote themselves, to me that’s deeply disturbing.”

However, Razi Shaban ’16 , a member of Student Senate, said that he does not feel that the petition is the best way to admonish the fraternities.

“The reality is that Swarthmore doesn’t really fund the fraternities,” said Shaban. “Phi Psi and Delta Upsilon have parties that they pay for. I don’t think that’s the right approach, but I think it’s clear that something needs to be different. I think the fact that they continued to use this bid after everything that happened last year is a characteristic lack of critical self-reflection.”

Phi Psi is not nationally affiliated, so there is no parent organization that can reprimand the fraternity. If they were nationally affiliated, possible repercussions could include being sanctioned, fined and put on charter probation. Due to the lack of affiliation, however, any potential punitive action would come from the administration of the college.

According to administrators, the fraternity will temporarily be suspended from hosting events.

“Two of the essential values of the Swarthmore College community are respect for others and treating one another with dignity,” wrote Associate Dean of Diversity, Inclusion and Community Development Liliana Rodriguez, who has general oversight of Greek life, in an e-mailed statement to The Phoenix. “We are working with the fraternity on a multi-faceted remedy that will require training and other measures be successfully completed before the fraternity can resume recruitment or host social events, in order to ensure that our values are upheld, and that such a situation will not recur.”

Firke has been pleased by administrational response. “I’m excited about the way this has been handled by the administration,” she said. “Within a day, deans were able to meet with students that were upset, they met with one another to discuss how to move forward and they met with the fraternity leadership.”

The image has resparked a campus-wide discussion about the role of fraternities on campus.

“To me, that would be one of the most fruitful things to come out of this,” said Shaban. “Let’s think critically about how we can encourage Phi Psi to become an organization that pauses and thinks before it does things.”

Toby Levy ’16, an assistant news editor at The Phoenix, is also a member of Phi Psi. He had no role in the production or editing of this article.